Republicans have egged on high-speed race to the intellectual bottom for decades. Trump's just the logical result 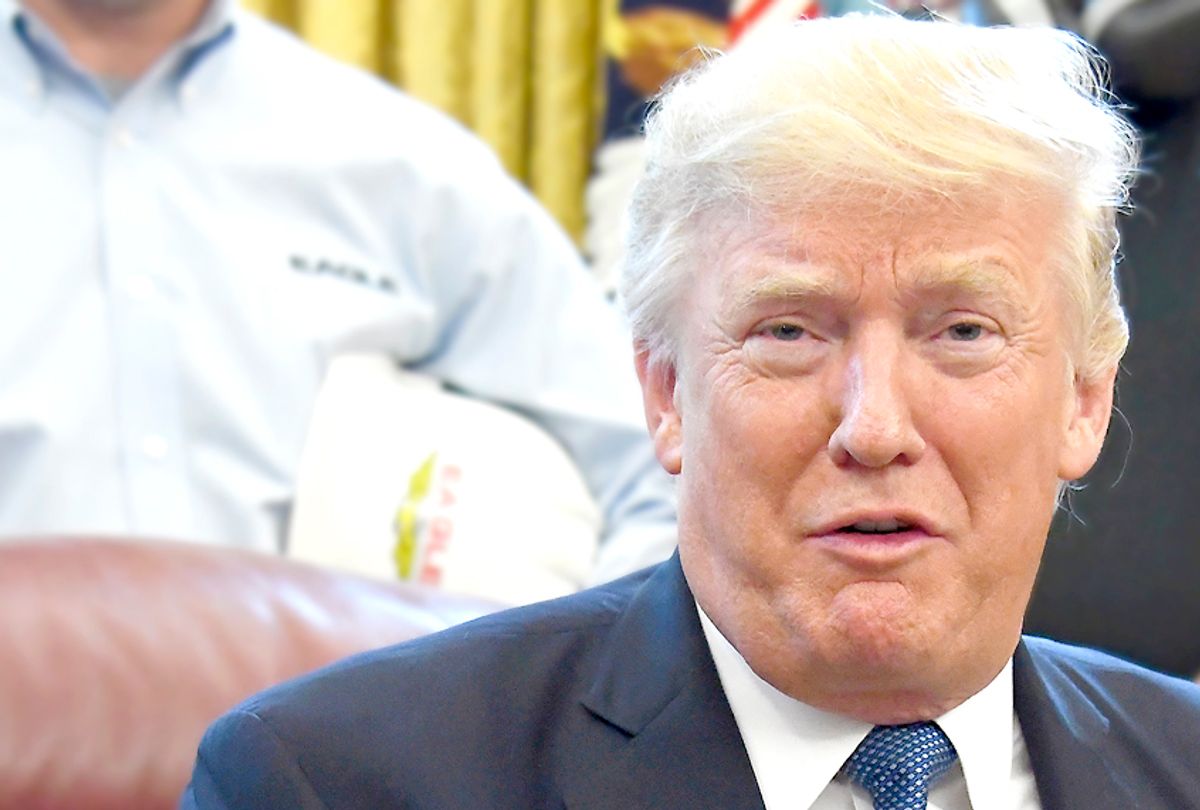 In the sixteenth century, the French called venereal disease the “pox of Naples,” blaming unclean Italians for the spread of the sexually transmitted infection. The people of Italy differed in their diagnosis, nicknaming VD, “the French disease.”

Human beings have a natural tendency to blame other parties, especially those that are foreign, for their own sickness. In November, the Republican Party, and its 62 million voters, screwed the nation without any protection. Rather than admitting that they spread the contagion making the disease of Donald Trump possible, Republican politicians and pundits continue to attempt to assign blame elsewhere — Hillary Clinton, “politically correct” liberals, the “elitist” media — or act as if President Donald J. Trump is a spontaneous, unexplainable and unpredictable event.

Retiring Senator Bob Corker, R-Tenn., demonstrating the courage of a disgruntled employee who gives his supervisor the middle finger on his last day at work, recently and rightly ridiculed Trump for his ignorance and immaturity, lamenting that the White House has become an “adult day care center.”

Rex Tillerson, President Trump’s browbeaten secretary of state, reportedly called Trump a “fucking moron,” after a hostile and alarming discussion about nuclear weapons in which Trump allegedly recommended increasing the arsenal by “tenfold.” In a stunning lack of self-awareness, Trump replied to the leak of Tillerson’s insult by challenging him to an IQ test.

According to Gabriel Sherman, an editor at New York magazine, a senior Republican official has speculated that Defense Secretary Jim Mattis and White House Chief of Staff John Kelly would have to “tackle” the President if, in a psychotic episode of instability, Trump elects not to tweet, but instead “lunges for the nuclear football.”

The safety and security of the world is now as fragile as the mind of the so-called moron who occupies the Oval Office, and for reasons of obvious moral and political cover, Republicans would like to act as if they are innocent bystanders, rather than enablers and co-conspirators.

Contemporary conservatives have consistently derided education, the pursuit of knowledge and the life of the mind. Republicans in the federal government, and state legislatures across the country, have a zealous devotion to devouring budgets for institutions of learning and have dedicated themselves to the demolition of public schools.

Few precincts of American life are subject to more scorn and right wing mockery than academia. The campaign of aggressive anti-intellectualism has paid dividends. According to a Pew Research poll, only 36 percent of Republicans believe that colleges “do more good than harm” in America.

The ignorance of the increasingly extreme Republican base provokes some politicians to pander. Donald Trump, for example, declared during the presidential primary season that he “loves the poorly educated.” It inspires others to cynically patronize. Former Pennsylvania Senator Rick Santorum has not one, but two, advanced degrees, but still told an audience in 2012 that then-President Barack Obama was guilty of “elitist snobbery” when he advocated for increased college enrollment in the United States.

Contempt for aspirations toward intelligence has allowed Republicans to nominate, and often elect, spokespeople intellectually ill-equipped to handle the tasks of the presidency. In 1980, the American people replaced Jimmy Carter, a nuclear engineer who since leaving office has authored 27 books, with a B-movie actor who discussed crackpot “end times” prophecy with foreign leaders and called ketchup a vegetable.

George W. Bush failed to name the leaders of Chechnya, Taiwan, India and Pakistan in 1999, yet his party’s leadership and electorate gave him their enthusiastic support. His routine mangling of the English language earned him compliments as “charming” and “down to Earth” from mainstream media analysts. The laughing soon came to an end on September 11, 2001, when the much smarter and savvier Dick Cheney and Donald Rumsfeld were able to manipulate their novice boss into forfeiting policy decision to them.

Senator John McCain has shown integrity and authenticity in his opposition to President Trump, once calling him “poorly informed.” The “Maverick” would prefer that everyone forgets that he picked Sarah Palin, who struggled to name a single newspaper she reads and could not cite a Supreme Court decision, other than Roe v. Wade, which she found objectionable, for his running mate in 2008.

The devolution of Reagan to Bush to Palin to Trump shows that Republicans have no bottom. They cannot pretend now to have an objection to smoking meth, so to speak, after they have spent the past three decades snorting cocaine and injecting heroin.

Elitists, snobs and people who have books in their homes cannot help but wonder, if the world escapes the threat of Trump relatively unscathed, who the party will nominate next. It is not merely a problem of personnel with the GOP, either.

Ronald Reagan said that “government is not the solution to the problem. It is the problem.” The hard right has since deified him, pursuing his ideology to its logical end point. Contempt of an institution is not going to provide healthy motivation to competently manage and direct that institution. Public policy expertise, administrative experience and awareness of ideas related to governance are not assets for a potential public official under this philosophy. They are liabilities.

The belief that government is not only important but also complex provides Democrats with an entirely different set of guidelines for the nomination of national leadership. The two most recent Democratic presidents were law professors able to demonstrate detailed comprehension and interpretation of public service. In 2016, the Democratic Party nominated a former First Lady, Senator and Secretary of State. The Republicans nominated a reality television star unlikely to pass a high school civics exam.

Who or what is next? A constitutional challenge to nominate an inanimate object? A taxidermist’s representation of George Washington? Donald Trump Jr.?

Grover Norquist, one of the most influential policy advocates within the Republican Party, advised the Conservative Political Action Committee in 2012 to“pick a Republican with enough working digits to handle a pen who can become President of the United States.”

At point of writing, Donald Trump’s hands, at least, are fully functional.