Is Donald Trump a sociopath? A psychiatrist speaks out 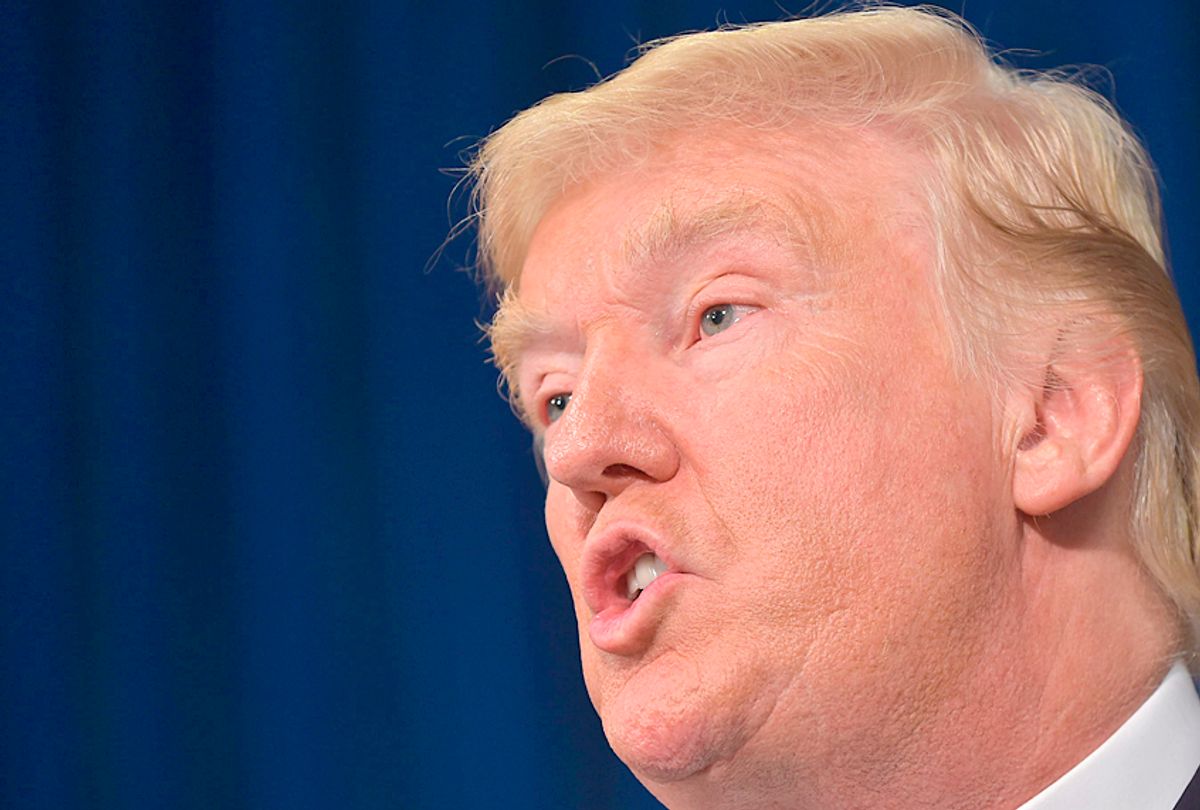 As president of the United States, Donald Trump is one of the most observed and commented upon people in the world. Unfortunately, his time in public life has been replete with racism, bigotry, sexism, pathological lying, misogyny, violence and other problematic behavior. If a person's character is the sum total of their behavior, then Donald Trump is a very horrible human being. But Trump's behavior also signals to other questions as well.

For example, a recent exposé by Gabriel Sherman in Vanity Fair highlights how reasonable people should be very concerned about President Trump's mental health:

In recent days, I spoke with a half dozen prominent Republicans and Trump advisers, and they all describe a White House in crisis as advisers struggle to contain a president who seems to be increasingly unfocused and consumed by dark moods. Trump’s ire is being fueled by his stalled legislative agenda and, to a surprising degree, by his decision last month to back the losing candidate Luther Strange in the Alabama Republican primary. “Alabama was a huge blow to his psyche,” a person close to Trump said. “He saw the cult of personality was broken.”

One former official even speculated that Kelly and Secretary of Defense James Mattis have discussed what they would do in the event Trump ordered a nuclear first strike. “Would they tackle him?” the person said. Even Trump’s most loyal backers are sowing public doubts. This morning, The Washington Post quoted longtime Trump friend Tom Barrack saying he has been “shocked” and “stunned” by Trump’s behavior.

Compounded with how Senate Republican Bob Corker has also suggested that Donald Trump is a threat to world peace because of his moods and temperament, matters are indeed quite dire.

Is Donald Trump mentally ill? Are his behaviors indicative of deeper psychological troubles? If so, what are the implications for the country and the world if the president of the United States is suffering from a mental illness? Why are so many psychiatrists and other mental health professionals so reluctant to publicly comment on these critical matters?

In an effort to answer these questions, I recently spoke with Dr. Lance Dodes. He is assistant clinical professor of psychiatry at Harvard Medical School (retired) and a psychoanalyst (training and supervising analyst emeritus at the Boston Psychoanalytic Society and Institute). Dr. Dodes is a also a contributing writer for the new book "The Dangerous Case of Donald Trump: 27 Psychiatrists and Mental Health Experts Assess a President."

In our conversation, Dr. Dodes discusses how the so-called "Goldwater Rule" is hampering the ability of psychiatrists and other clinicians to discuss the threat posed by Donald Trump:

Donald Trump is not anyone’s patient, so there is no confidentiality rule. In fact, no other branch of medicine has this rule. If your favorite linebacker goes down with a tear to his ACL in a football game, the next thing you will see is an orthopedist on television talking about the prognosis and the injury. Every other medical specialty feels free — and they should feel free — to speak out about public figures because it is a public service. In the field of psychiatry, we call this “duty to warn.” When you gag the people who actually know the best about these things, then you leave the public with uninformed lay opinions.

The best diagnosis for Trump is that he is a malignant narcissist. It contains the narcissistic part, which is no big deal alone — lots of people are narcissistic — but the malignant part is the sociopathy dimension. These terms suggest that Trump is a very primitive man. He is also a man who has a fundamental, deep psychological defect.

During this episode of the podcast, I also speak with science fiction and horror writer Alasdair Stuart. He shares his thoughts about the new Star Wars films and if they are in trouble because of a supposed "director problem." Stuart also gives an update on what is known about the plot and characters of Episode 8 and Episode 9 in the Star Wars trilogies.