Pruitt sued the EPA 14 times; now he runs it 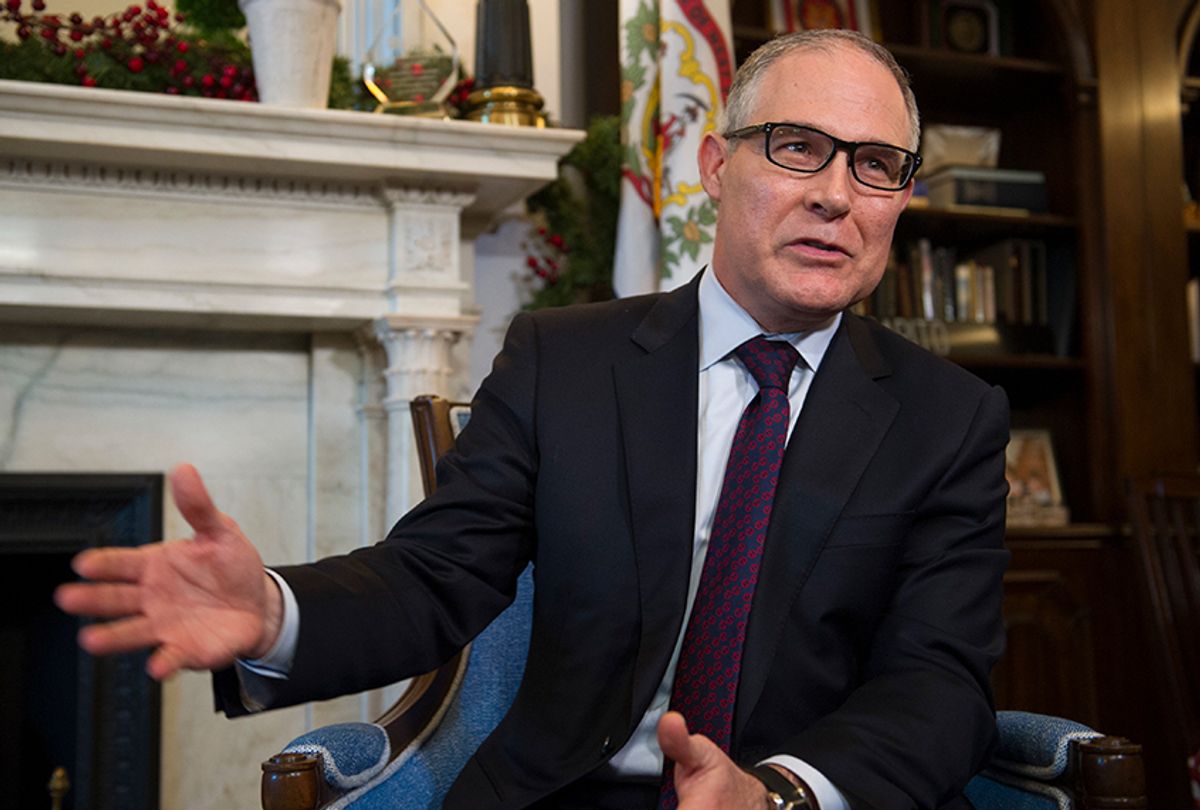 "It is a remarkable, unprecedented shift right now at the EPA," James Jacoby, producer at "FRONTLINE" told Salon's Alli Joseph on "Salon Talks."

Along with Anya Bourg, Jacoby produced the documentary "War on the EPA," which aired on "FRONTLINE" on October 11 and follows Scott Pruitt's journey to political office — from suing the EPA 14 times to running it — and the de-regulatory directives central to Donald Trump's administration.

"Former employees who worked there for 30 years have told us, that under Democrat and Republican administrations, there hasn't been as large a repeal of previous rules and regulations that had been in effect for, in some cases, decades," Jacoby said.

"What we've seen is this tremendous shift with the Trump administration, in terms of how it approaches government and the role of government generally," he continued.

Jacoby said when it came down to finding a focus for the documentary, the producers were most interested in who was leading the efforts to de-regulate under Donald Trump. In their minds, Pruitt has been the most effective and perhaps the least talked about.

"Not a lot of people really pay attention to the regulatory agencies because there's such a show going on in Washington these days," Jacoby said. "We really wanted to dig into one agency, and one head of the agency, and see what they're actually doing and tell the back story."