A look inside one of the world's busiest maternity wards

The POV film "Motherland" explores the intersection of faith, survival and the miracle of life in the Philippines 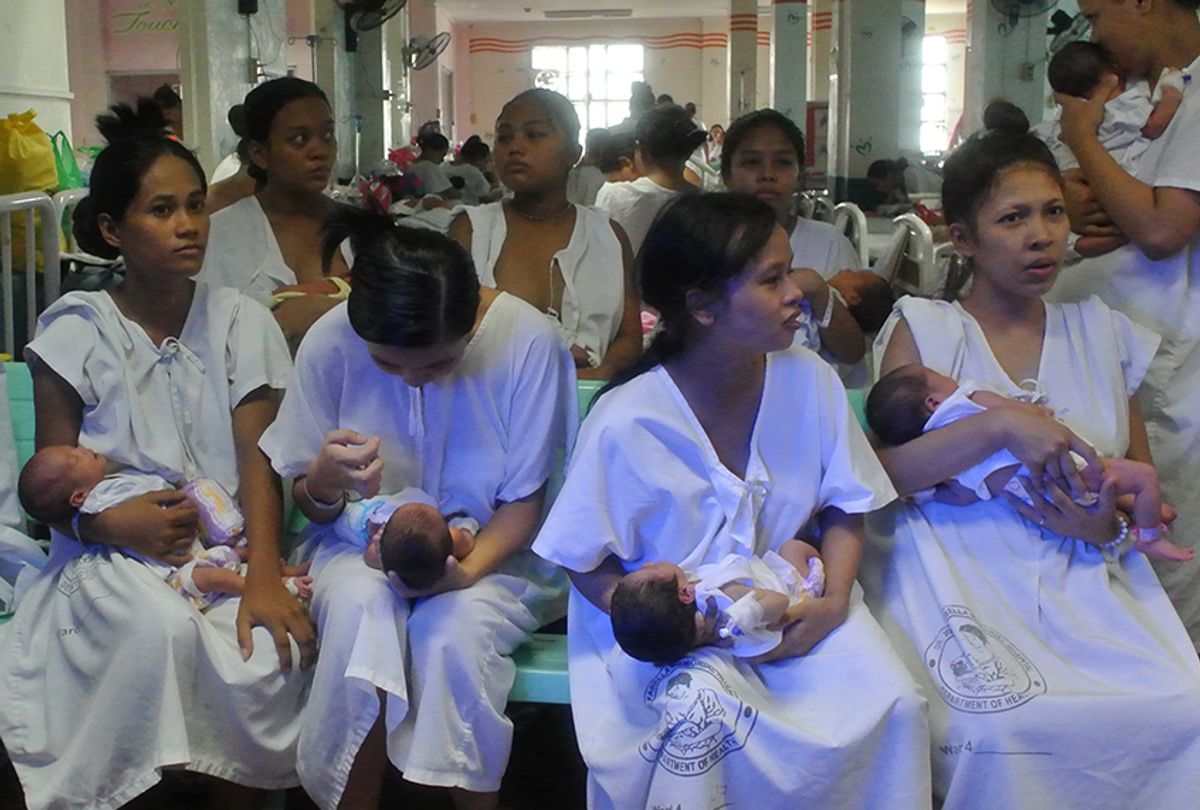 The birth of a child, whether planned or unplanned, wanted or unwanted, is a momentous occasion in a woman’s life.

At the Jose Fabella Memorial Hospital in the Philippines, home to one of the busiest maternity wards on the planet, these momentous occasions occur in the context of a country with one of the highest birth rates in the world.

Conservative Catholic ideas about childbirth and contraception prevail, and as a result, overcrowding is the default state in the maternity ward. The majority of the women who are treated there have upwards of five children while under the age of 30. Families struggle to cover everyday costs, with hospital bills as an additional burden.

In the documentary film "Motherland," director Ramona Diaz takes us inside this very ward, presenting an intimate portrait of this unusual hospital and the vibrant women and children who occupy it.

Patients are typically housed inside one large, cavernous room. They share beds, blankets, food, as well as moments of heartache and joy. The scene, at times, is chaotic.

One young mother even becomes accidentally separated from her baby and has difficulty finding her daughter again as the child’s tag has fallen off.

Perhaps the most harrowing part of the film is when one of the relatively older mothers must make the decision between staying at the hospital until her pneumonia-stricken newborn is fully recovered, or returning home for fear that her other young children are suffering in her absence. She decides to return home.

For all the troubling aspects of these women’s situations, Diaz’s intimate approach captures much that is positive. The sense of community, camaraderie, and friendship between the mothers is palpable. The nurses show care, talent and humor.

Though the birth experience at Jose Fabella Memorial Hospital is starkly different from the one most Americans have, the film reveals commonalities that transcend geography.

Diaz also offers a compelling comparative study of reproductive health policies: In the face of extreme financial hardship and disinclination towards contraception, how can we ensure that no one is left behind?

You can watch the full film, "Motherland," on POV Monday, October 16 at 10 p.m. ET (check local listings) on your local PBS station or online at pov.org/video.