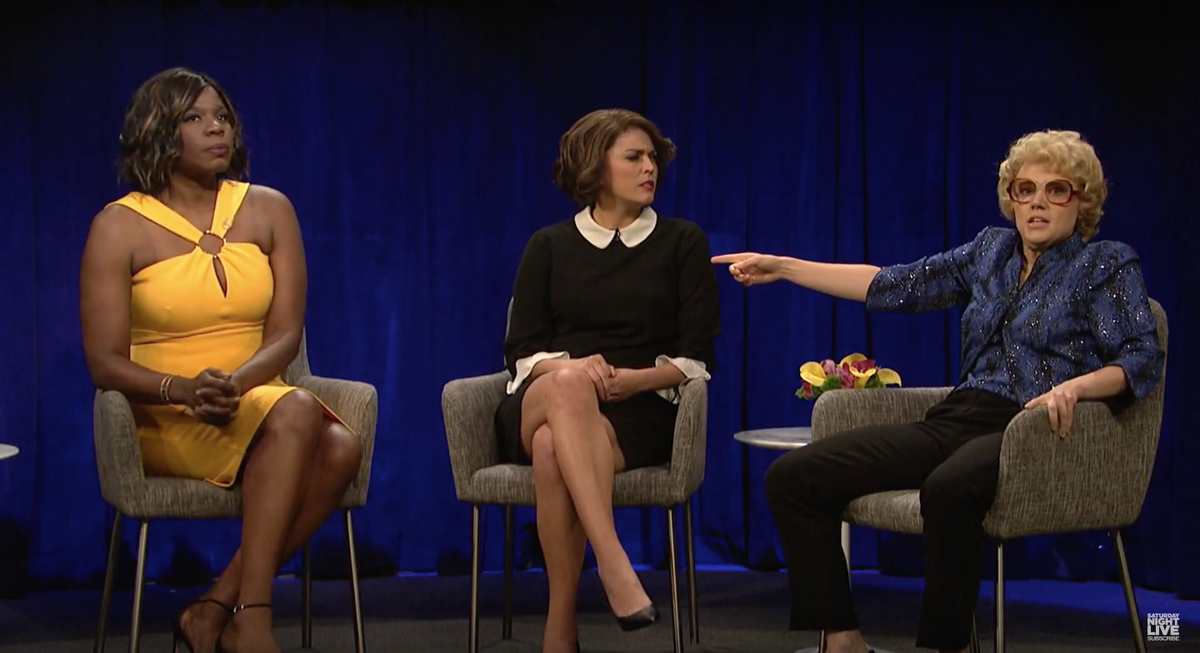 McKinnon appeared alongside Leslie Jones, who played Viola Davis, and Cecily Strong, as Marion Cotillard, in a sketch parodying a New York Film Festival panel. Aidy Bryant, playing the moderator asked the three actresses about about Weinstein's scandal, and sexual harassment and abuse in Hollywood in general. "Saturday Night Live" drew heavy criticism last week after the sketch series failed to address Weinstein, who had been accused of sexual harassment and assault by dozens of women on the record.

"I did have one meeting with Harvey," McKinnon's Goldry said. "I was invited to his hotel room and when I arrived he was naked, hanging upside down from a monkey bar. He tried to trick me into thinking his genitals were actually his face. It almost worked. The resemblance is uncanny."

McKinnon’s Goldry confirmed that sexual misconduct was so rampant in Hollywood that actresses began using a secret code to talk about the horrifying experiences. Her character said that back her day the "secret code among us actresses to warn each other about creeps. The code was, ‘He raped me.'”

At the end of the sketch, McKinnon turned to the camera for the final word.

“Violence against women, it doesn’t just happen to famous women,” McKinnon's Goldry said. “It’s everywhere, damn it. It’s about time we take it seriously. Pandora’s box is open now, and Pandora’s pissed. Who’s with me? No, I’m asking, who are these people? I blacked out. Are these the angels? Is it my time?”