Why the U.S. is so bad at predicting hurricanes

Compared to Europe, our weather forecasting systems are second-rate — and Trump is poised to cut their budget more 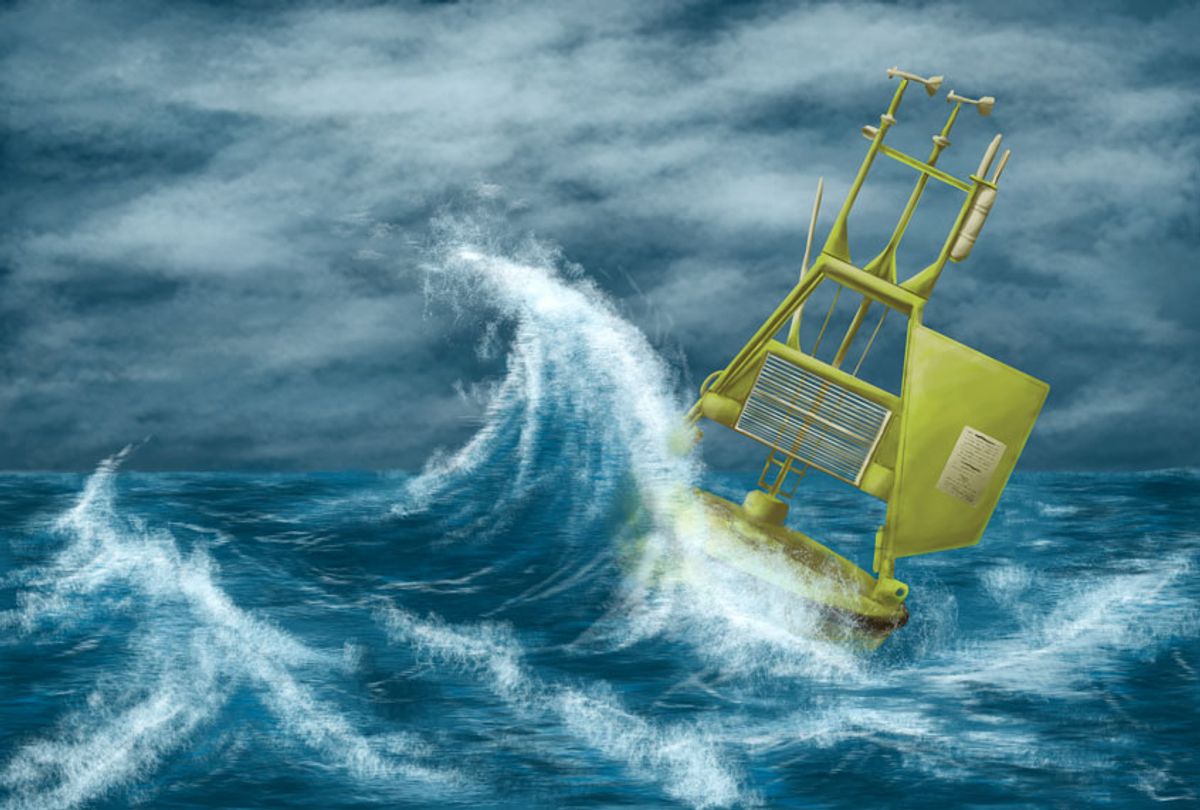 Our nation’s weather forecasting was so bad in 2005 that the National Hurricane Center didn’t predict Katrina’s direct hit on New Orleans until three days out.

More than a decade and millions of taxpayer dollars later, weather predictions have improved. Somewhat.

We could be facing the most active period of major storms on record, with the most Atlantic hurricanes to occur in a row since 1893, but our nation’s forecasters are consistently behind European, British and sometimes Canadian forecasters — which is probably why they missed Hurricane Irma by 194 nautical miles, as I’ve written about before for DCReport. Even the U.S. Air Force uses British weather-modeling software.

“We need to do better,” said Cliff Mass, a professor of atmospheric sciences at the University of Washington.

During Hurricane Irma, American forecasters missed the path the hurricane would take by an average of about 194 nautical miles in their five-day forecasts, a difference more than twice as big as their European counterparts.

Our nation’s problems include the models we use to predict weather, a dearth of computer resources and siloed government agencies.

“Once the public has confidence in the long-range predictions, officials can make wise decisions about evacuating before a hurricane,” said Shian-Jiann Lin, the lead physical scientist at the National Oceanic and Atmospheric Administration’s Geophysical Fluid Dynamics Laboratory. “But I don’t think we’ve established that confidence yet.”

Hickel, who died in 2010, was buried in Alaska standing up and facing Washington, D.C.

“He said if they don’t do it right he’s going to crawl out of his grave and straighten them out,” said Hickel’s son, Jack. “He thought they were going to screw everything up.”

The NOAA bureaucrats structured things so the people who run the weather models don’t oversee the scientists who develop those models.

Infighting over various weather models led some Air Force researchers, upset that the Air Force had chosen a British import, to make a video in German that suggested that even Hitler would be upset about the decision.

Former President Barack Obama suggested putting NOAA under the Department of the Interior, calling it “a more sensible place,” but this went nowhere.

In April, Trump signed the Weather Research and Forecasting Innovation Act. The new law would give NOAA $25.8 million a year through 2021 to improve the models to forecast weather, increase computer power and improve the weather observation network.

But just months later, Trump potentially undercut the new law. He proposed cutting NOAA by 16%, including slashing $82 million from the National Weather Service. The cuts would end developing extended forecasts and cut research in hurricanes, tornadoes and mapping oceans.

“The budget would ensure that NOAA and the National Weather Service become second- or third-tier weather forecasting enterprises frozen in the early 2000s,” said David Titley, a meteorology professor at Pennsylvania State University and the former chief operating officer at NOAA under Obama.

Weather forecasters measure the accuracy of their forecasts on a scale, where 1 is perfect. Mass, who graded our nation at third in the world or below, plotted the 2016 performance of the American forecasters and the European model.

The U.S. model, the Global Forecast System, drawn in red, has multiple dramatic slumps or drop-outs.

“You see frequent downward excursions of the U.S. GFS model, sometimes down to very low skill levels,” Mass wrote in his blog. “These are the drop-outs and indicate major loss of skill. Very bad.”

The Europeans run 51 weather predictions, each with slightly different information. The forecasts are combined to show the range of what might happen and the chances of that. Americans run multiple predictions too, but our forecasters use information with a lower resolution. The fuzzier resolution can mean less accurate predictions.

Panasonic, the electronics company, has taken the American model and tweaked it. Panasonic uses information about the weather it collects from airplanes.

“The original version of this sensor was developed literally in a garage by a physics professor at the University of North Dakota, and it was strictly an ice detector,” said Neil Jacobs, the chief atmospheric scientist at Panasonic Weather Solutions.

The planes gather information such as temperature, humidity, pressure, and wind speed and direction. Panasonic sells some of this information to the government but holds onto the more detailed data to produce its own weather forecasts.

Panasonic’s forecast for the path of hurricane Irma was even more accurate than the European model.

Trump has nominated Jacobs to be an assistant secretary at the Commerce Department overseeing weather forecasts.

“A lot of these innovations are rapidly evolving in the public sector, and probably the quickest way to advance [National Oceanic and Atmospheric Administration’s] mission is to harness the capabilities in the private sector and let the private sector probably drive the pace,” Jacobs told a House panel in June.

A 2007 report from the National Science Board recommended that the United States spend $300 million a year on hurricane science and engineering research and education.

“The present federal investment in hurricane science and engineering research relative to the tremendous damage and suffering caused by hurricanes is insufficient and time is not on our side,” the board warned.

For years our nation didn’t spend the money to take advantage of the advances in technology. The National Weather Service computers once had 1/10 the capacity of the Europeans.

In 2016, NOAA got a $44.5 million computer upgrade: two new Cray supercomputers, one in Reston, Virginia, and the other in Orlando, Florida. The upgrade means NOAA computers can now do 5,780 million million operations per second.

The Europeans are planning to build a supercomputing center in Italy. Forecasters talk about eventually having supercomputers that can do a billion billion calculations a second.

“To do the really groundbreaking research that we are capable of, I need a system that is ten times larger,” Lin said.