The new "Black Panther" trailer: We needed this right now 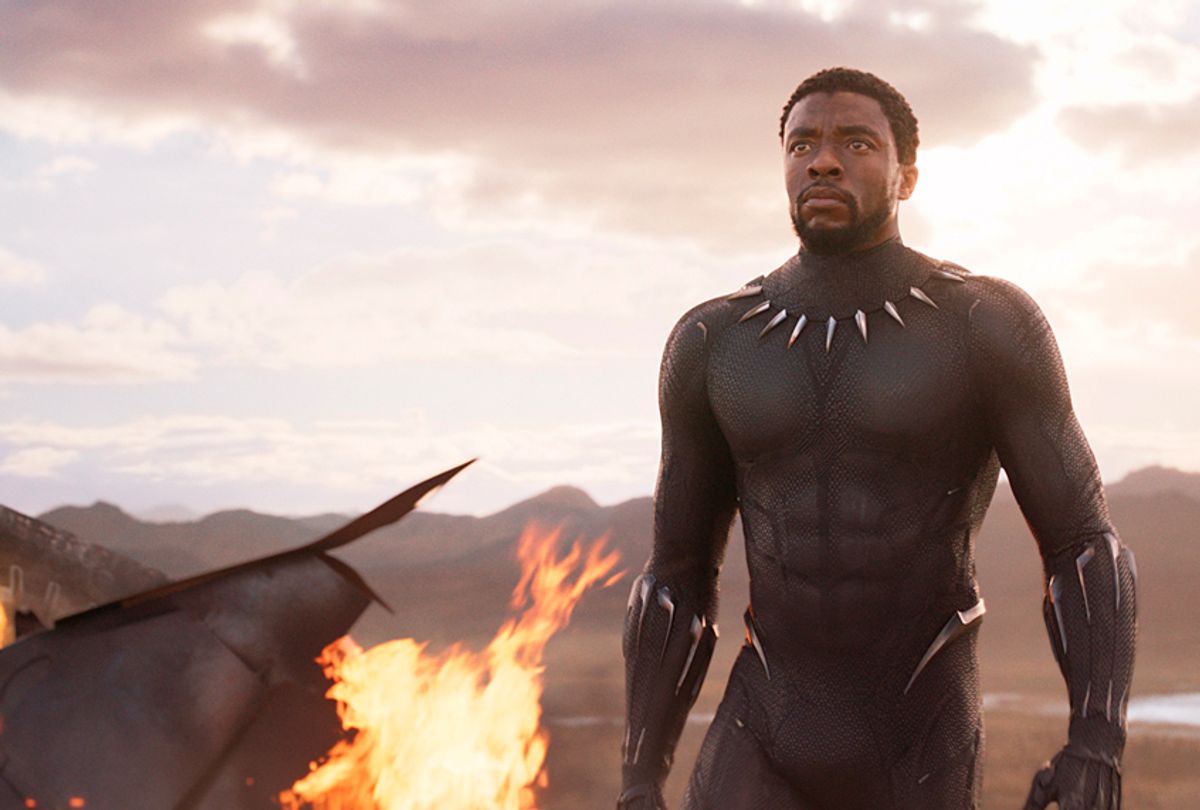 Much as the first, this preview of director Ryan Coogler's ("Fruitvale Station," "Creed") first step into blockbuster superhero territory isn't just gorgeous, bright and kinetic, drawing power from brilliant edits, beautiful, black faces and a booming soundtrack, this time provided via a remix that features lyrics from the Gil-Scott Heron classic "The Revolution Will Not Be Televised." It's almost unspeakably hype.

Again, the focus is on a vital, semi-utopian vision of the fictional African nation of Wakanda — a scientifically advanced society existing parallel with, but hidden from, our own world. It's a very, very easy jump to see that it — and the regal, glamorous, powerful appearances of the mostly black cast — is an essential variation on the mainstream narrative about Africans and African Americans, one that points to the sometimes repressed, often uncelebrated value of black origins and the culture of the African diaspora. Basically, we all need this right now.

Marvel needs this, as well. "Black Panther" and its main character T'Challa (Chadwick Boseman), represent the furthest the now 12-film Marvel franchise has gone into minority identity outside of Netflix's wonderful, Harlem-based "Luke Cage." That series celebrated the gritty yet vital reality of "Harlem Town U.S.A.," one of the various capitals of American black culture.

"Black Panther," though, goes beyond that with its hit-you-over-the-head metaphor of the hidden beauty and value of blackness. It's a powerful thing and a needed turnaround from a studio that wants to portray "the world outside your window," but has primarily portrayed the world outside white windows. Granted, the recent Spider-Man reboot and the inclusion of characters such as War Machine (Don Cheadle) and Falcon (Anthony Mackie) have been steps in the right direction. Still, Marvel has never quite put a flag in the ground when it comes to inclusion the way it appears to have done here (this, despite the fact that black audiences love its films).

The film, long in gestation, is quite obviously needed not just because of the historical sidelining and repression of black culture, but of our current administration's attempted negation of various civil-rights efforts. As the White House and President Donald Trump's wide swath of deplorables attempt to recast Black Lives Matter as a racist, potentially dangerous movement, a movie about a hero whose name may have helped inspire America's most notable black-militant group seems dead center.

As well, "Black Panther" is also looking like a very strong bid to become the highest-grossing film with such a distinctly black visual and narrative language (it's certainly the most expensive). As "Get Out" and "Girls Trip" taught Hollywood earlier this year, the power of black audiences cannot be ignored any longer. Continuing with biased notions of what films the industry should and shouldn't make now appears less like "traditional" wisdom and now like the bad business practice it always was. Consumer power is revealing the falsehoods producers have long relied on as simple bias.

Simply put, this 2 minutes and 18 seconds is just what we needed right here, right now. What's best is, at that length, it's a rebuke to and escape from some of the more pernicious elements of the modern news cycle you can watch while waiting for a green light or the 2 train to arrive.

No, viewing it seven times in a row won't bring down Trump — but it's worth a shot, right? Maybe try for eight. That might do it. Who knows, right?