With her release, "Laila's Wisdom," Rapsody puts herself in the running for best rap album of the year 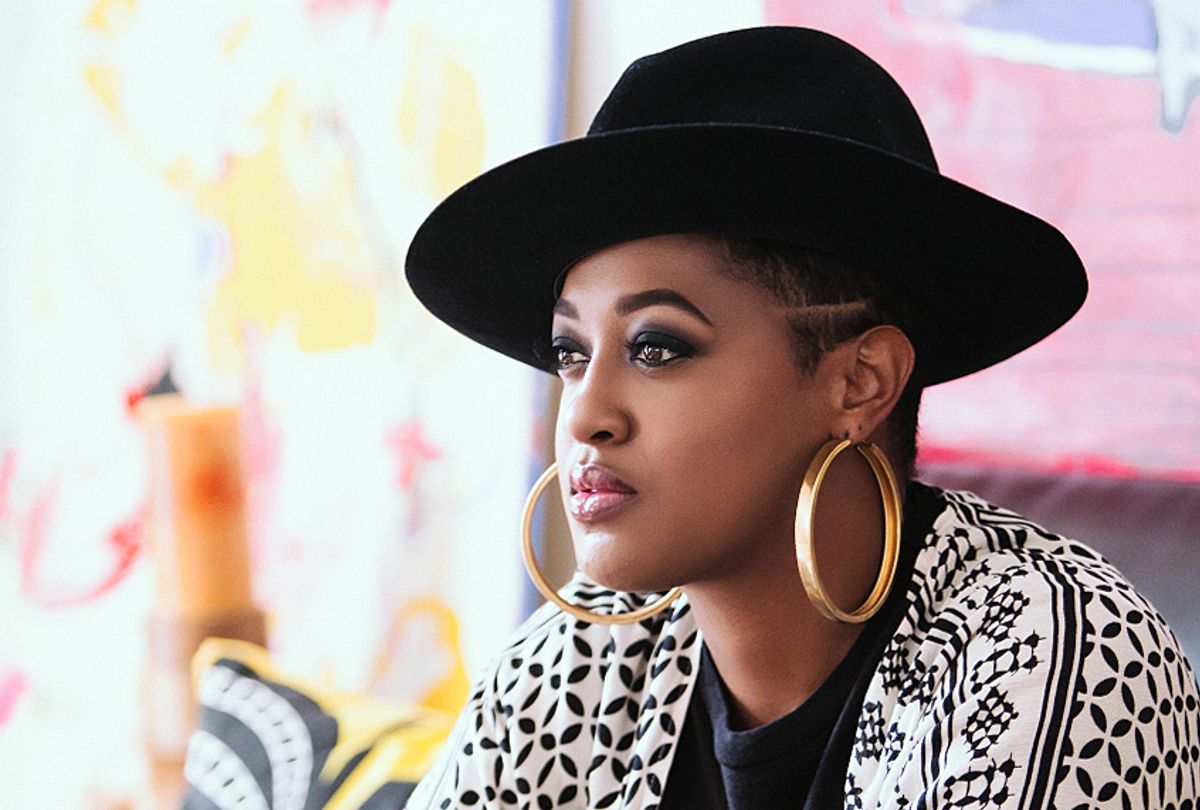 When’s the last time a rapper made you rewind the track? The rhymes were too sharp and complicated to hear it just once. The cadence made you dizzy trying to untangle the double and triple entendres compounded into two lines. You had to stop and rewind it just to make sure you heard it right.

That's how Rapsody does it all day long, making music that, as she says, "sticks to people's ribs."

Rapsody, born Marlanna Evans, released her sophomore album "Laila's Wisdom" (named for her Grandmother) on September 22. On it, she's a griot, expertly spinning out stories of love, resilience, female empowerment and gun violence over production arresting and layered. "Laila's Wisdom" is a no-brainer inclusion in the best rap albums of the year, even during a crowded season.

But Rap legend Busta Rhymes argues its quality goes much beyond the span of 2017. On Instagram, he describes "Laila's Wisdom" as "the best album I've heard not only from a female MC but in Hip hop period" in the past decade.

Now, reviewers and even her fans have been quick to point out that Rapsody towers as a female rapper. One guesses they mean that as a compliment. Her discography, however, reveals the reductive, sexist absurdity of that label. Just check the list of artists she's enlisted for songs in the past: Black Thought, Kendrick Lamar, Busta Rhymes, Big Daddy Kane, Raekwon. It clearly takes a colossal and secure male rapper to feel comfortable delivering a verse next to Rapsody's.

She was also the only feature on Kendrick Lamar's 2015 masterstroke, "To Pimp A Butterfly." Rapsody's not a towering 'female' rapper. She's one of the best rappers out there, period.

Rapsody's sheer talent is also reflected by the people who surround her. For "Laila's Wisdom," there are four executive producers: 9th Wonder, Young Guru, Terrace Martin and Rapsody. As the distinguished hip-hop website DJ Booth explains, that lineup "is like Phil Jackson, Pat Riley, and Gregg Popovich all on one court coaching and giving tips to a promising basketball star."

Rapsody's sound has garnered her props from one of her idols, Jay-Z (who is also technically one of her bosses, now that's she's signed to his label Roc Nation.) There's only one other artist whose approval would mean the world to Rapsody: Lauryn Hill. But after seven projects and the master class and depth that is "Laila's Wisdom," it's easy to guess the legend is already listening.

But it's not just music informing her work. "I use to write poetry, spoken word, and I read a lot of Maya Angelou and Nikki Giovanni," Rapsody says. Her research into the art of rhyme and the way rappers inflected their words, moved her writing from a place of poetry to hip-hop.

Rapsody also cites actors Phylicia Rashad and Cicely Tyson as influences. For her, it's all about how they "carry themselves; the class, the roles that they played and how they always portrayed strong black women," Rapsody says. "That really resonated with me."

Rapsody sees her purpose as much the same: to inspire young black girls and to champion women in general. No small feat in hip-hop where for almost a decade, Nicki Minaj has been the only face on commercial platforms, and every aspiring or returning female rapper since has been pitted against her.

"I don’t believe in that. I didn’t grow up on that," Rapsody says of the dynamic. "I listened to MC Lyte, Queen Latifah, Missy Elliott, Salt-N-Pepa, Foxy Brown, Lil' Kim and Lauryn Hill, and I loved and respected them all the same. They use to work with each other and they got along. I know it can be that today."

Rapsody exudes this solidarity in the way that she makes space for women to see themselves in hip-hop and by challenging and defying the stereotypes women rappers are typically confined to.

And it's in the music, too. "Sassy," the gorgeous, funky, upbeat dance track on "Laila's Wisdom," reimagines Maya Angelou's "Still I Rise" in its writing and message. Rapsody's voice stretches and harmonizes like an instrument of its own: "Diamonds 'tween my kneeees/ Oil wells in thighhhs/ Does my sassiness upset you?/ Oh, you mad cuz I survived?!" It's empowering as hell.

Like "Sassy," others stories of womanhood on the album also deal closely with endurance. It's illustrative of the determination required to have a career in music, never mind be a black woman in the industry. "When they told me my chances of losing was higher than divorces," Rapsody spits on the album's opener and title track.

The brave and soulful "Black & Ugly," assisted by gifted R&B crooner BJ the Chicago Kid, is a testament to Rapsody's tenacity, a rejection of the pressures for women in hip-hop to be sold and consumed strictly through their image and sex appeal. "Talking appearance ain't no diss to me," Rapsody rhymes confidently. The themes of beauty standards and blackness is also a continuum from her verse on Kendrick Lamar's "Complexion."

"It was something that I had been holding in for a long time," Rapsody says. "There was a time when my self confidence was shaken." But the song has been praised as one of the album's strongest, which Rapsody finds humbling. She says it's incredible to see how the track makes women "feel powerful, and how that makes them put their fist in the air, and then smile a little bit bigger, like 'yeah I’m black and beautiful.'" After all, it is why Rapsody got into music in the first place, and it is what music has always given back to her.

It's a significant moment for women in hip-hop right now. As the genre is officially number one in the country, rapper Cardi B's breakout single "Bodak Yellow (Money Moves)" tops the Billboard chart for its third week. It is the first solo rap single from a woman to hit number one since 1998 and now, officially, the longest running in history. Women have always rapped, but women in hip-hop are finally being pushed on major platforms again.

"I'm excited," Rapsody says, "I think it’s dope that she’s hitting number one at this time and this album that I put out is doing so well, because we’re two totally different artists, and people can like us and listen to us at the same time."

There's still much progress to be made, but Rapsody is making it, as are women rappers across the country. All with wildly different sounds, content, rhymes and styles, they're proving that women can be many things within hip-hop. The only through line with this new crop is a certain camaraderie and a focus on prowess. No one's trying to be the next Nicki, they're just trying to be their best, most authentic selves. With this range, it means girls and women can see themselves represented in ways they never had before.

"My whole thing has just been about balance," Rapsody says. "It’s dope to see what being a woman looks like in many forms. To have a Nicki and a Cardi B, but to also have a Rapsody and an Ill Camille and a Dreezy and a Noname, and all these other artists." She continued, "I think that’s important, for especially young girls to see, you have these options."