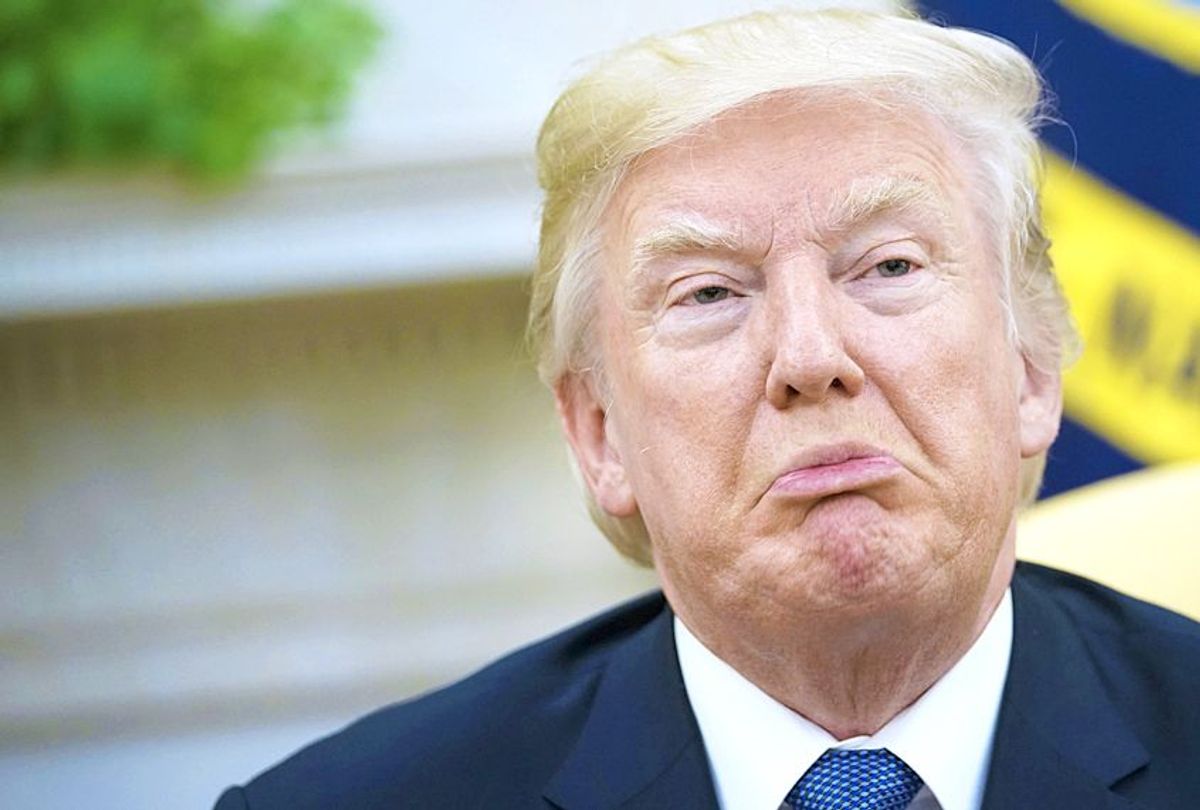 Sen. Bob Corker's hilarious description of the White House as an “adult day care” may be more accurate than anyone originally conceived. Speaking with 18 White House sources, The Washington Post reported Monday that President Trump's staff have taken extraordinary measures to ensure he does not unravel — or start World War III.

The current tactic of White House staffers is to play "rope-a-dope" with their boss, according to the Post. The goal is: delay a given policy decision in the hopes that Trump will reconsider or forget the deadline for his final verdict.

“If the president wanted to do something that I thought could be problematic for him, I would simply, respectfully, ask him if we could possibly wait on it and then reconsider,” Sam Nunberg, who briefly worked on the Trump campaign in 2015, told the Post. “And the majority of the time he would tell me, ‘Let’s wait and reconsider,’ and I would prepare the cons for him to consider — and he would do what he wanted to do. Sometimes he would still go with the decision I may have disagreed with, and other times he would change his mind.”

The Post revealed that Trump's impulsive tendencies have led to an environment where staffers have had to play a game in order to channel his erratic energy.

H.R. McMaster, the president’s national security adviser, for example, has frequently tried to create a smokescreen before Trump's policy decisions, consulting with his team in order to come up with better, alternative solutions before the president announces his verdict, the Post reported.

“He plays rope-a-dope with him,” a senior administration official told the Post. “He thinks Trump is going to forget, but he doesn’t. H.R.’s strategy is to say, ‘Let us study that, boss.’ He tries to deflect.”

“I was not brought to this job to control anything but the flow of information to our president so that he can make the best decisions,” Kelly told reporters. “So, again, I was not sent in to — or brought in to — control him.”

For aides and advisers hoping to have friends appointed to prominent positions such as ambassadorships, they often made sure they were quoted in news articles speaking highly of the president, so that Trump would know who his true allies were. Senior administration officials call this speaking to an “audience of one,” the Post reported.

Corker’s tweet comparing the White House to a day care center came after Trump lied about the Tennessee senator's retirement. Trump said that Corker “didn’t have the guts” to run for reelection and had begged for his endorsement, but Corker insisted it was the president who offered his endorsement and asked him to run again. Corker said that Trump was running the White House like “a reality show” and that his recklessness could start a Third World War.

“I know for a fact that every single day at the White House, it’s a situation of trying to contain him,” Corker added.

According to two sources who spoke with Vanity Fair, the job appears to be getting to the president. Trump told his longtime security chief, Keith Schiller, “I hate everyone in the White House! There are a few exceptions, but I hate them!”

So when Corker compared the White House to “an adult day-care center” last week, he may have been telling the truth rather than making a joke.