How to connect with people you hate

On podcaster Dylan Marron's show "Conversations with People Who Hate Me," he opens a dialogue with his haters 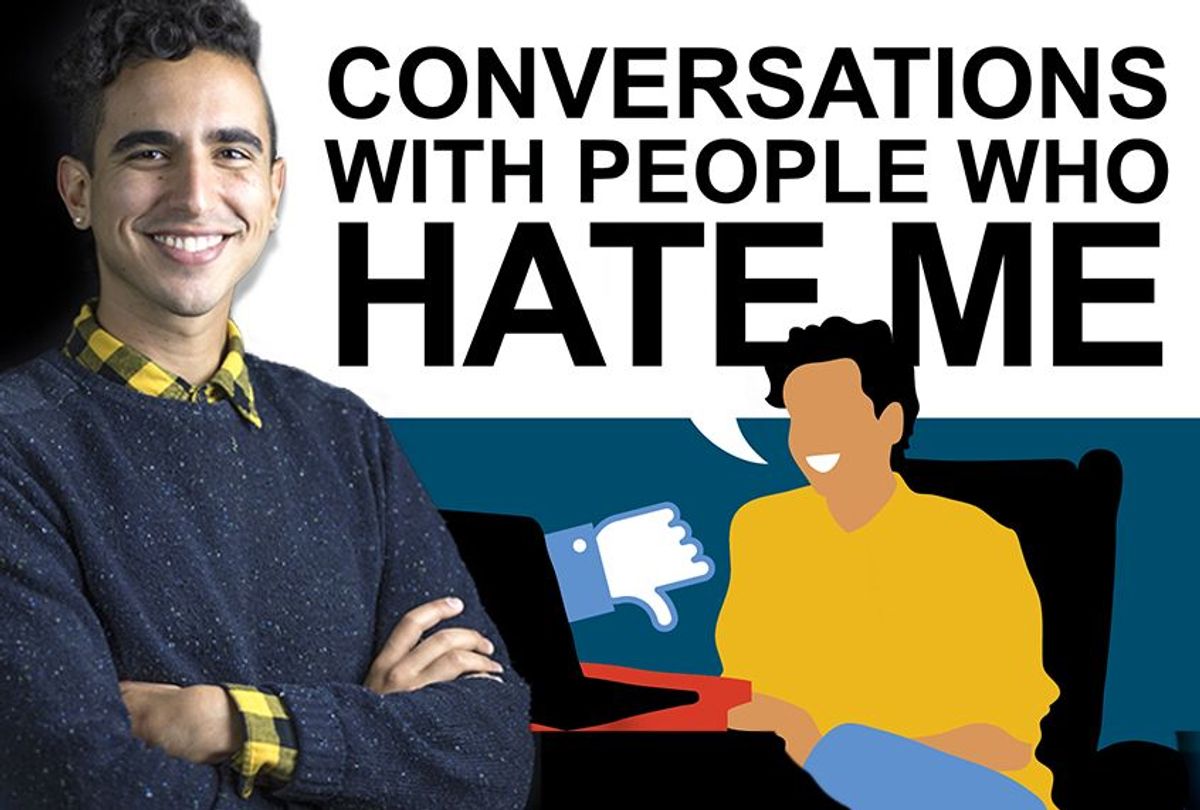 "It is so different to express your opinion to someone when you're voice to voice than when you don't have to be accountable to it," Dylan Marron, writer and video creator told me on "Salon Talks."

Marron is known for his social justice video content like "Every Single Word," where he edited down popular films to just words spoken by people of color and "Sitting in Bathrooms with Trans People," all of which has garnered him some serious flack online.

In his newest venture, as host of the Night Vale Presents podcast "Conversations with People Who Hate Me," Marron calls some of the people who've left him hateful comments. But it is not to confront them, he says, it's to open a dialogue.

"When you start with a question rather than an accusation, that is like the magical key to understanding a lot," Marron said. "Whereas if you start with 'here is why you're wrong about this social movement,' the only thing they can say is a comeback."

Marron finds this back and forth, of just "poking holes in each other's arguments" as unproductive.

In the podcast, he finds the balance between defending himself, as a gay man and person of color, and standing in solidarity with movements like Black Lives Matter, without isolating the caller, whose beliefs often differ substantially from Marron's.

"Listening to someone and considering what they're saying and then having a dialogue with them does not mean that you are switching sides," Marron said. "That itself I find really toxic. We are not this dichotomous species."

For Marron, there's room to complicate that.

When I asked him if he was surprised by the way his callers were able to take ownership of some of the hurtful things they had said and engage in a civil conversation with him, he said, he was surprised, but then again, not really.

Rather it was a reminder: "That's what humans are, humans are good," he said.