ABC's comedy about a caring mayor should be winning more viewers. But it's struggling for a very standard reason 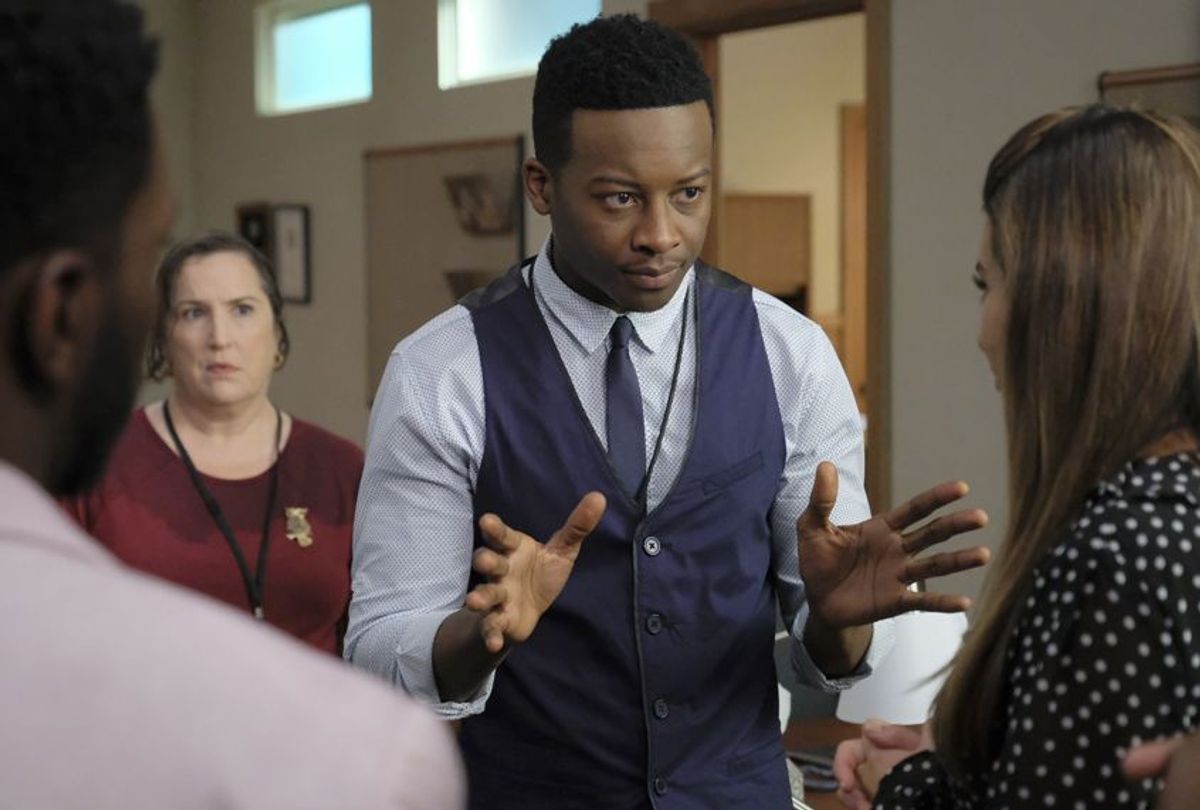 A year ago prime-time television contended with a problem whose magnitude programming executives did not foresee: the nerve-racking live performance art piece that was the presidential election. Distracted, exhausted viewers tuned out most of the new scripted offerings for fall 2016-2017 schedule, and this lead the networks to turn into the skid during pilot season by picking up series about military and political outsiders.

ABC’s “The Mayor,” airing Tuesdays at 9:30 p.m., is one of the beneficiaries of that move, a pleasant comedy about a rapper named Courtney Rose (Brandon Micheal Hall) runs for public office solely as a publicity stunt. Unfortunately for Courtney, his statements during the debate actually appeal to voters and he wins, becoming the Mayor of the small down of Fort Grey, California.

The first two episodes of “The Mayor” depict Courtney coming to grips with the responsibilities that come with holding office. His sweet, goofy best friends T.K. (Marcel Spears) and Jermaine (Bernard David Jones) act as his official advisors alongside his more capable aide Valentina (Lea Michele), a classmate of his from high-school who has some idea of what it takes to govern a city. Courtney’s mother Dina (Yvette Nicole Brown) acts as the unofficial moral compass of Fort Grey’s top elected official.

Nearly all of them are untested outsiders with zero political experience, an intentional conceit on the part of executive producer Jeremy Bronson, who spent seven and a half years as a producer for “Hardball with Chris Matthews.” Over the summer Bronson explained to critics that his goal was not to satirize America’s least experienced, least qualified political leader in its history but to demonstrate what’s possible if people, regardless of political affiliation, pulled together on behalf of the greater good.

This approach makes “The Mayor” successful, if perhaps overly gentle, as a character comedy as well as an aspiration tale. Courtney, T.K., Jermaine and Valentina make the usual mistakes millennial men and women who suddenly have massive responsibility dropped into their laps would be expected to make.

They have the optimism, energy and desire to do the right thing, but they also feel the obligation to make their mark on the world by polishing their own image. In the second episode, for example, Courtney overcomes a city council-imposed block to his political will  — which, to his credit, he flexes in order to preserve and expand arts funding to local schools — by live streaming a musical performance by the youth who would be affected to his constituents.  The gambit works, and it also makes his brand look good. A win-win all around.

“The Mayor” is a sweet, family friendly comedy that fits in well with a block populated by series catering to nearly every major audience psychographic. Taken as a whole, ABC’s Tuesday night line-up is a quilt of the American family experience: The highest rated show, “The Middle,” reflects the tribulations white middle class families face in terms of schooling, parenting and scraping by financially.

“Fresh Off the Boat” filters that through the framework of a first-generation immigrant family. Leading in to “The Mayor,” the fourth season of “Black-ish” opened the season with the creatively bold “Juneteenth” episode which addressed the dilution of history to downplay and negate the contributions and tribulations of blacks and other minorities.

All of these comedies, and “Black-ish” in particular, find accessible and intelligent ways to invite the audience into discussions about topics politicians and commentators would rather not talk about. In that respect these comedies provide a stealthy service to viewers by urging in engagement through entertainment. This is no small task at a time when so many of us are exhausted by mean-spirited national politics.

However, while “Black-ish” still performs well in its 18-49 target demographic, “The Mayor” is struggling to find and audience due, in part, to a very standard counter-programming decision made by its competition. The pair airs against America’s feel-good obsession of the moment, NBC’s “This Is Us.”

NBC originally intended to move “This Is Us” to Thursdays, which would have boded well for ABC’s critically acclaimed veteran comedy and its newcomer. But when NBC changed its mind, ABC did not.

Further hampering its prospects, “The Mayor” also had the miserable fortune of debuting days after the Las Vegas mass shooting. In an ideal world its upbeat tone should have been welcome. But who’s been in the mood for idealism lately? Any one?

It’s too early to evaluate the long-term prospects for ABC’s kindhearted new family show about civil service and the yearning to employ democracy in the service of the greater good. “The Mayor” appears to have the right running mate in its timeslot, and it is part of a comedy block that speaks honestly and in unifying terms about what it means to be American, how America’s families live. But when upheaval is the new normal, it’s hard to predict whether it can inspire potential constituents to show up in enough numbers to keep it around.