Thom Hartmann: The America I knew has almost disappeared

What’s left of our democratic institutions are under siege 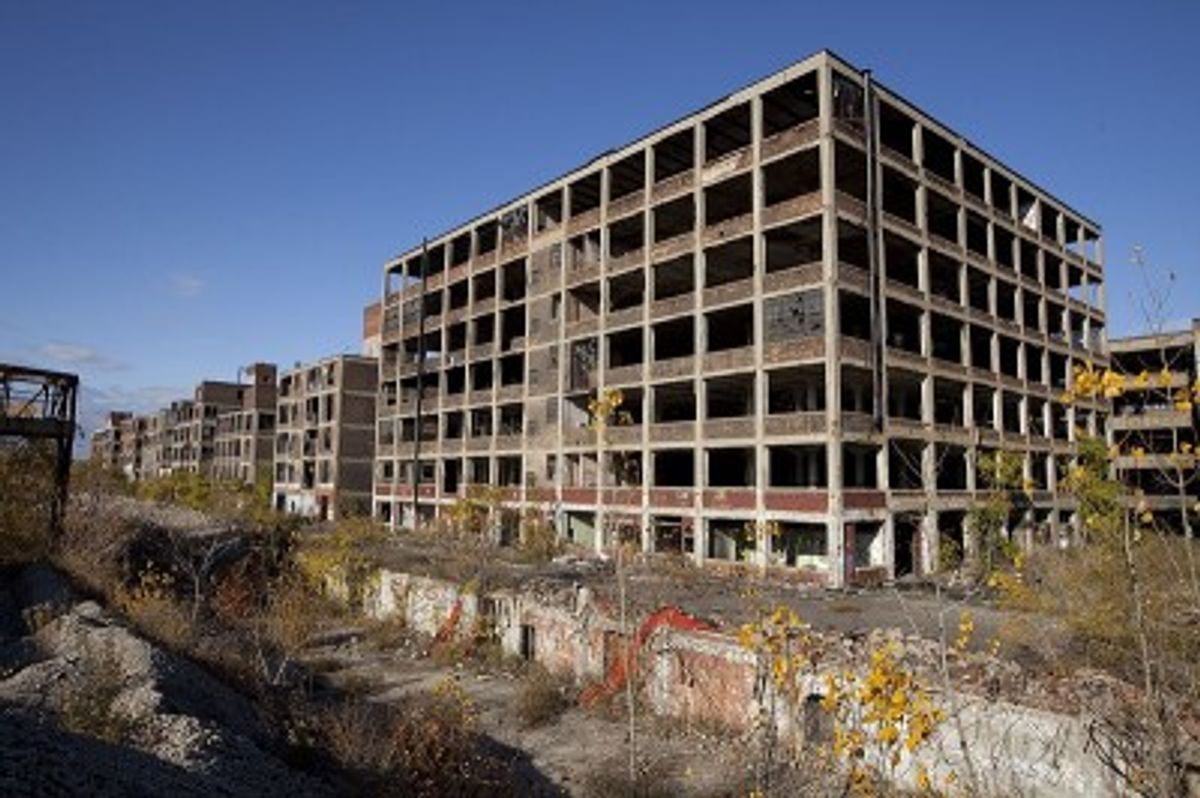 Like an alcoholic family that won’t discuss alcoholism (proving Don Quixote’s warning never to mention rope in the home of a man who’s been hanged), far too many Americans are unwilling to acknowledge or even discuss the ongoing collapse of democracy in the United States.

President Jimmy Carter took it head on when he told me on my radio program that the Citizen’s United decision:

“[V]iolates the essence of what made America a great country in its political system. Now it’s just an oligarchy, with unlimited political bribery being the essence of getting the nominations for president or to elect the president. And the same thing applies to governors and U.S. senators and congress members. So now we’ve just seen a complete subversion of our political system as a payoff to major contributors, who want and expect and sometimes get favors for themselves after the election’s over.”

This “complete subversion of our political system” grew, in large part, out of Richard Nixon’s 1972 appointment of Lewis Powell to the Supreme Court.  Powell, in 1971, had authored the infamous Powell Memo to the US Chamber of Commerce, strongly suggesting that corporate leaders needed to get politically involved and, essentially, take over everything from academia to our court system to our political system.

In 1976, in the Buckley case, Powell began the final destruction of American democracy by declaring that when rich people or corporations own politicians, all that money that got transferred to the politicians wasn’t bribery but, instead, was Constitutionally-protected First Amendment-defined “Free Speech.”  The Court radically expanded that in 2010 with Citizens United.

As a result, there’s really very little democracy left in our democracy.  Our votes are handled in secret by private, unaccountable for-profit corporations.  Our laws are written, more often than not, by corporate lawyers/lobbyists or representatives of billionaire-level wealth.  And our media is owned by the same class of investors/stockholders, so it’s a stretch to expect them to do much critical reporting on the situation.

In his book The Decline of the West, first published in German in 1918 and then in English in 1926, Oswald Spengler suggested that what we call Western civilization was then beginning to enter a “hardening” or “classical” phase in which all the nurturing and supportive structures of culture would become, instead, instruments of the exploitation of a growing peasant class to feed the wealth of a new and strengthening aristocracy.

Culture would become a parody of itself, average people’s expectations would decline while their wants would grow, and a new peasantry would emerge, which would cause the culture to stabilize in a “classic form” that, while Spengler doesn’t use the term, seems very much like feudalism—the medieval system in which the lord owned the land and everyone else was a vassal (a tenant who owed loyalty to the landlord).

Or its more modern incarnation: fascism.

Spengler, considering himself an aristocrat, didn’t see this as a bad thing. In 1926 he prophesied that once the boom of the Roaring Twenties was over, a great bust would wash over the Western world. While this bust had the potential to create chaos, its most likely outcome would be a return to the classic, stable form of social organization, what Spengler calls “high culture” and I call neofeudalism and/or fascism.

In all high Cultures, therefore, there is a peasantry, which is breed stock, in the broad sense (and thus to a certain extent nature herself), and a society which is assertively and emphatically “in form.” It is a set of classes or Estates, and no doubt artificial and transitory. But the history of these classes and estates is world history at highest potential.

Twentieth and 21st century cultural observers, ranging from billionaire George Soros in his book The Crisis of Global Capitalism, to professor Noreena Hertz in The Silent Takeover: Global Capitalism and the Death of Democracy, have pointed to deep cracks in the foundational structure of Western civilization, traceable in part to the current legal status of corporations versus humans.

Most recently, Jane Mayer has laid out in painful detail how the Koch Network and a few other political-minded billionaires have essentially taken over the entire Republican Party in her book Dark Money as has Nancy MacLean with her new book Democracy in Chains.  The extent of the problems within our political and economic structures are laid bare with startling and sometimes frightening clarity.

As a result, Princeton scholars Martin Gilens and Benjamin Page famously found that the odds of average Americans’ political desires being translated into policy are about the same as random noise, whereas what they referred to as “economic elites” frequently get everything they want from the political class.

They wrote that we still have the “features” of democracy like elections, but ended their paper with this cautionary note: “[W]e believe that if policymaking is dominated by powerful business organizations and a small number of affluent Americans, then America’s claims to being a democratic society are seriously threatened.”

It seems that America has arrived at the point Spengler saw in early 20th century Europe, and, indeed, there are some concerning parallels, particularly with the late 1920s and early 1930s.  Italy, Germany, and Spain all lost their democracies and moved to fascism, while many of Spengler’s acolytes cheered.

And, indeed, it was one of FDR’s biggest challenges in the early 1930s – steering America through a “middle course” between communism (which was then growingly popular) and fascism (also growingly popular).  He pulled it off with small (compared to Europe) nods to democratic socialism, instituting programs like Social Security, the minimum wage, and establishing the right to unionize (among other things).

Mark Twain is often quoted as saying that history doesn’t repeat itself, but it rhymes.  Many look at the all-out war being waged against American government right now by the hard right, from Trump and his cronies to the billionaire networks funding right-wing propaganda and lobbying outlets, and think “it can’t happen here.”

They’re wrong.  It can happen here.

We now have police intervening in elections, privatized corporate voting systems, and a massive voter suppression campaign to prevent elderly, young, and non-white Americans from being able to vote.

Meanwhile, as Lee Fong reported, Republican politicians and the billionaires who own them are now dropping any pretense at all to caring about the fate and future of our country’s fiscal health, so long as they get their tax cuts now.

In summary, what’s left of our democratic institutions are under siege.

Add to that a largely billionaire-funded/owned right-wing media machine that’s willing to regularly and openly deceive American voters (documented daily by Media Matters and Newshounds), and you have the perfect setup for a neofeudalist/fascist takeover of our government.

Or, as President Carter so correctly called it, oligarchy.