Fires continue to rage north of San Francisco, and now a new fire is burning in the Santa Cruz mountains 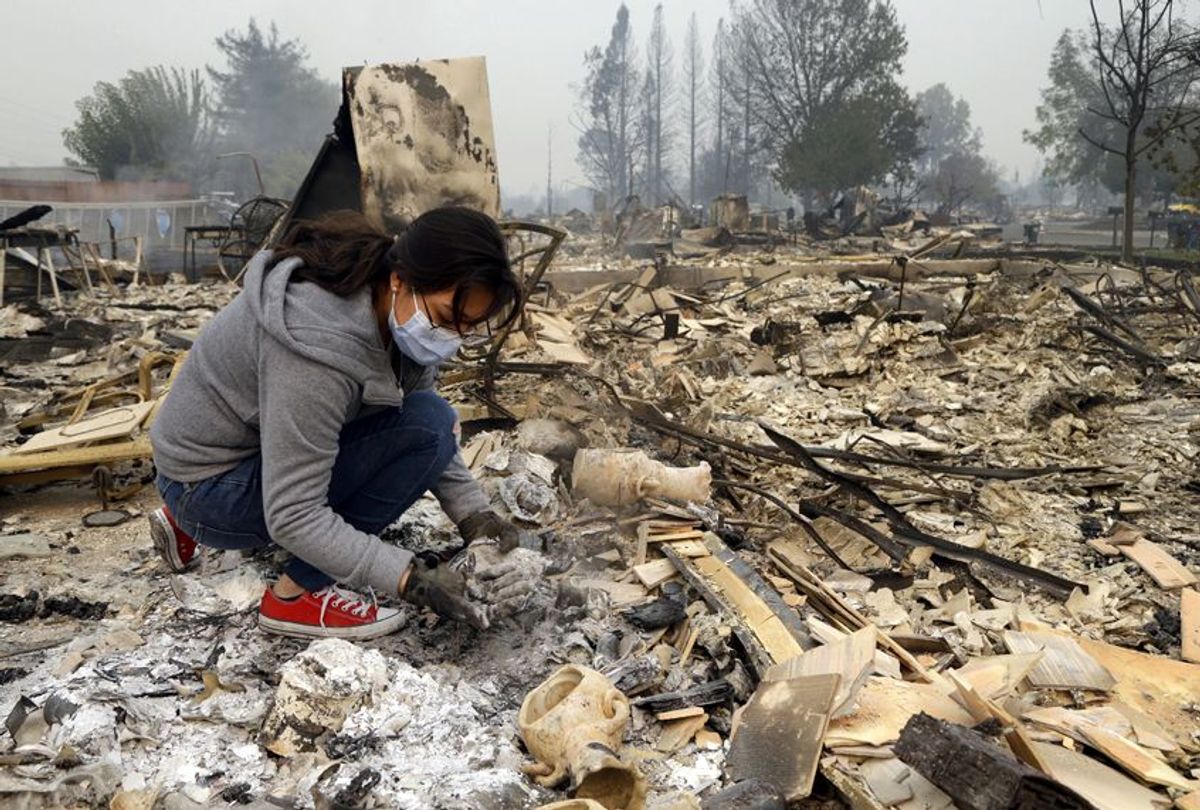 Heartbreaking images are pouring in from wine country, north of San Francisco, where fires continue to rage. At least 21 people have died in the blazes so far, and in one county alone, 670 people are listed as missing.

The devastating wildfires in Sonoma, Napa, and Mendocino counties have reached historic proportions: More than 3,500 structures had been destroyed as of Wednesday morning. That surpasses the damage of the 1991 Oakland Hills firestorm, previously the worst wildfire disaster in state history. Nationally, this week’s fires rank as the most destructive wildfire complex since at least 1980.

Although California’s epic five-year-drought has largely ended, it led to diseased and weakened trees that have fed the flames of the current fires. Plus, last winter’s heavy rains spurred the growth of grasses and shrubs which have since dried out during a record-warm summer — leading to a whole lot of dead things available to burn. Tack on the exceptionally strong “Diablo Winds” and a few stray sparks, and we’re seeing the horrific consequences.

Altogether, the fires have burned more than 170,000 acres, an area more than one-fifth the size of the state of Rhode Island. The National Weather Service forecasts strong winds and low humidity on Wednesday, which could cause the fires to grow even more in the next day or two.

As climate change continues to make droughts longer and more severe, conditions like these will become more and more common.