Advertising continues to portray women as charming keepers of the home, making it harder to succeed at work 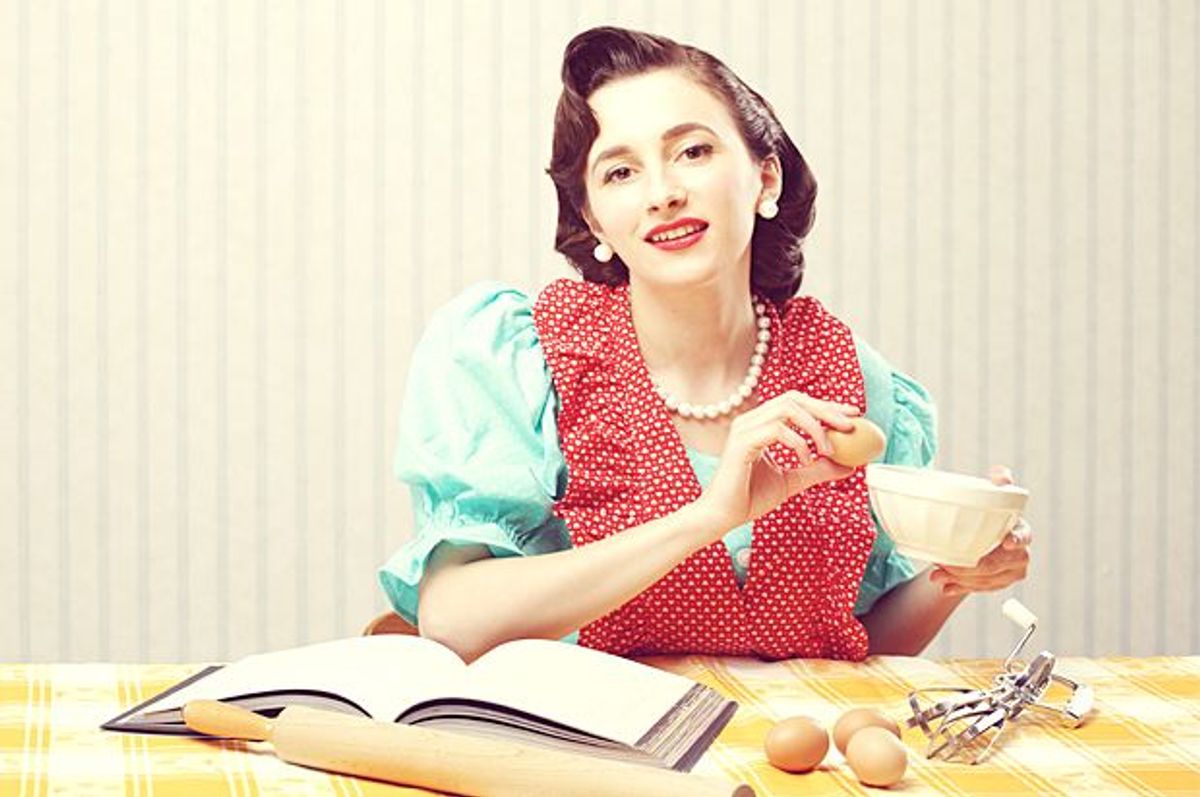 The sexual abuse scandal currently embroiling media mogul Harvey Weinstein has stunned the United States, with Hollywood and the fashion industry declaring that “this way of treating women ends now.”

As an Argentinean woman who studies gender in the media, I find it hard to be surprised by Weinstein’s misdeeds. Machismo remains deeply ingrained in Latin American society, yes, but even female political leaders in supposedly gender-equal paradises like Holland and Sweden have told me that they are criticized more in the press and held to a higher standard than their male counterparts.

How could they not be? Across the world, the film and TV industry — Weinstein’s domain — continues to foist outdated gender roles upon viewers.

Take this 2015 ad for the Argentine cleaning product Cif, which is still running today. It explains how its concentrated cleaning capsules “made Sleeping Beauty shine.”

In it, a princess eager to receive her prince remembers that — gasp — the floors in her castle tower are a total mess. Thanks to Cif’s magic scouring fluid, she has time not only to clean but also to get dolled up for the prince — who, in case you were wondering, has no physical challenges preventing him from helping her tidy up.

But why should he, when it’s a woman’s job to be both housekeeper and pretty princess?

Somewhat paradoxically, advertisements may also cast men as domestic superheroes. Often, characters like Mr. Muscle will mansplain to women about the best product and how to use it — though they don’t actually do any cleaning themselves.

More recently, there’s been a shift — perhaps an awkward attempt at political correctness — in which women are still the masters of the home, but their partners are shown “helping out” with the chores. In exchange, the men earn sex object status.

Various studies on gender stereotypes in commercials indicate that although the advertising industry is slowly changing for the better, marketing continues to target specific products to certain customers based on traditional gender roles.

Women are pitched hygiene and cleaning products, whereas men get ads for banks, credit cards, housing, cars and other significant financial investments.

This year, U.N. Women teamed up with Unilever and other industry leaders like Facebook, Google, Mars and Microsoft to launch the Unstereotype Alliance. The aim of this global campaign is to end stereotypical and sexist portrayals of gender in advertising.

As part of the #Unstereotype campaign, Unilever also undertook research on gender in advertising. It found that only 3 percent of advertising shows women as leaders and just 2 percent conveys them as intelligent. In ads, women come off as interesting people just 1 percent of the time.

The #Unstereotype Alliance will tackle gender stereotypes in advertising, which are often perpetuated negatively across the industry. pic.twitter.com/SYIOuyJjO0

Even before it was forced to reckon with allegations that Harvey Weinstein had also harassed women in London, the United Kingdom was making political progress on the issue of women’s portrayal in the media.

In July, the United Kingdom’s Advertising Standards Authority announced that the U.K. will soon prohibit commercials that promote gender stereotypes.

“While advertising is only one of many factors that contribute to unequal gender outcomes,” its press release stated, “tougher advertising standards can play an important role in tackling inequalities and improving outcomes for individuals, the economy and society as a whole.”

As of 2018, the agency says, advertisements in which women are shown as solely responsible for household cleaning or men appear useless around kitchen appliances and unable to handle taking care of their children and dependents will not pass muster in the U.K. Commercials that differentiate between girls’ and boys’ toys based on gender stereotypes will be banned as well.

The U.K.‘s move is a heartening public recognition that gender stereotypes in the media both reflect and further the very real inequalities women face at home and at work.

Worldwide, the International Labor Organization reports, women still bear the burden of household chores and caretaking responsibilities, which often either excludes them from pay work or leaves them relegated to ill-paid part-time jobs.

In the U.K., men spend on average 16 hours per week on domestic tasks, while women spend 26. The European Union average is worse, with women dedicating an average of 26 weekly hours to men’s nine hours on caretaking and household tasks.

In Argentina, my home country, fully 40 percent of men report doing no household work at all, even if they’re unemployed. Among those who do pitch in, it’s 24 hours a week on caretaking and domestic chores for men. Argentinean women put in 45 hours.

You can do the math: On average, Argentinean women use up two days of their week and some 100 days annually — nearly one-third of their year — on unpaid household labor.

The cultural powers that be produce content that represents private spaces as “naturally” imbued with female qualities, gluing women to traditional caregiving roles.

This hampers their professional development and helps keep them at the bottom of the economy pyramid because women must pull off a balancing act between their jobs inside and outside of the domestic sphere. And they must excel at both, all while competing against male colleagues who likely confront no such challenges.

Former U.S. president Barack Obama once pointed out this double standard in homage to his then-competitor Hillary Clinton. She, he reminded an audience in 2008, “was doing everything I was doing, but just like Ginger Rogers, it was backwards in heels.”

Ginger Rogers did everything Fred Astaire did, except backwards & in high heels ...#GingerRogers #FredAstaire #Dance pic.twitter.com/prQHlcR4AC — Beautiful Music (@WorldMusics1) May 26, 2017

The sticky floor problem puts women in a position to be exploited by men like Weinstein, who tout their ability to help female aspirants to get unstuck. Until society – and, with it, the media we create – comprehend that neither professional success nor domesticity has a gender, these pernicious powerful dynamics will endure.