“I don't know if I can make a blanket commitment” to protect the press, the attorney general admitted under oath 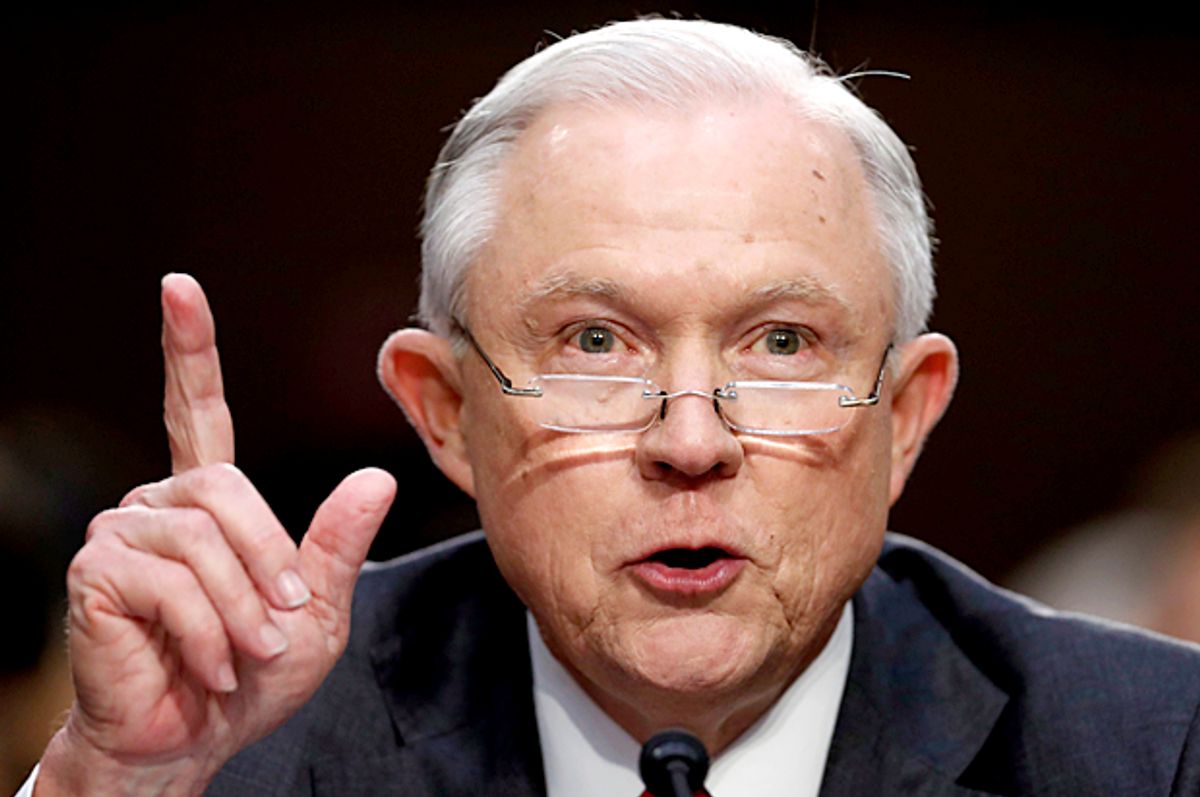 Days after President Trump openly suggested that the broadcasting licenses for networks whose reporting he does not like be revoked, his attorney general refused to pledge he won't try to jail journalists for doing their jobs.

Jeff Sessions returned to the congressional committee on which he served as an Alabama senator for the first time since becoming Trump’s attorney general. Sessions’ former Democratic colleagues on the Senate Judiciary Committee aggressively questioned him on a wide range of topics, including his office’s plans to protect the press from his boss.

"Can you commit to not jailing reporters for doing their jobs?" Sen. Amy Klobuchar, D-Minn., asked Sessions on Wednesday.

“I don’t know if I can make a blanket commitment to that effect,” Sessions responded, “but I would say we have not taken any aggressive action against the media at this point.”

Sessions did go on to acknowledge that the Trump administration has begun to implement an aggressive crackdown on leaks of national security information to journalists. In August, Sessions announced a review of the Justice Department’s internal guidelines for issuing subpoenas and search warrants to journalists.

“We respect the important role the press plays and we’ll give them respect, but it’s not unlimited,” Sessions said at the time.

On Wednesday, he further explained that “we have matters that involve the most serious national security issues that put our country at risk and we will utilize the authorities that we have legally and constitutionally if we have to."

He then reiterated: "We always try to find an alternative way, as you probably know, Sen. Klobuchar, to directly confronting [the] media person, but that's not a total blanket protection."

Klobuchar noted her concern stems from Trump’s recent outburst against NBC News. Unhappy with a story published last week, he threatened the licenses of the network. While the major networks do not have licenses, local affiliates do have broadcast licenses.

After Democrats on the Senate Commerce Committee sent a letter demanding he address Trump's comments, Pai said on Tuesday: "I believe in the First Amendment, the FCC under my leadership will stand for the First Amendment, and under the law the FCC does not have the authority to revoke the license of a broadcast station based on the content of a particular newscast."