But the fight may not be over, so activists are marching anyway 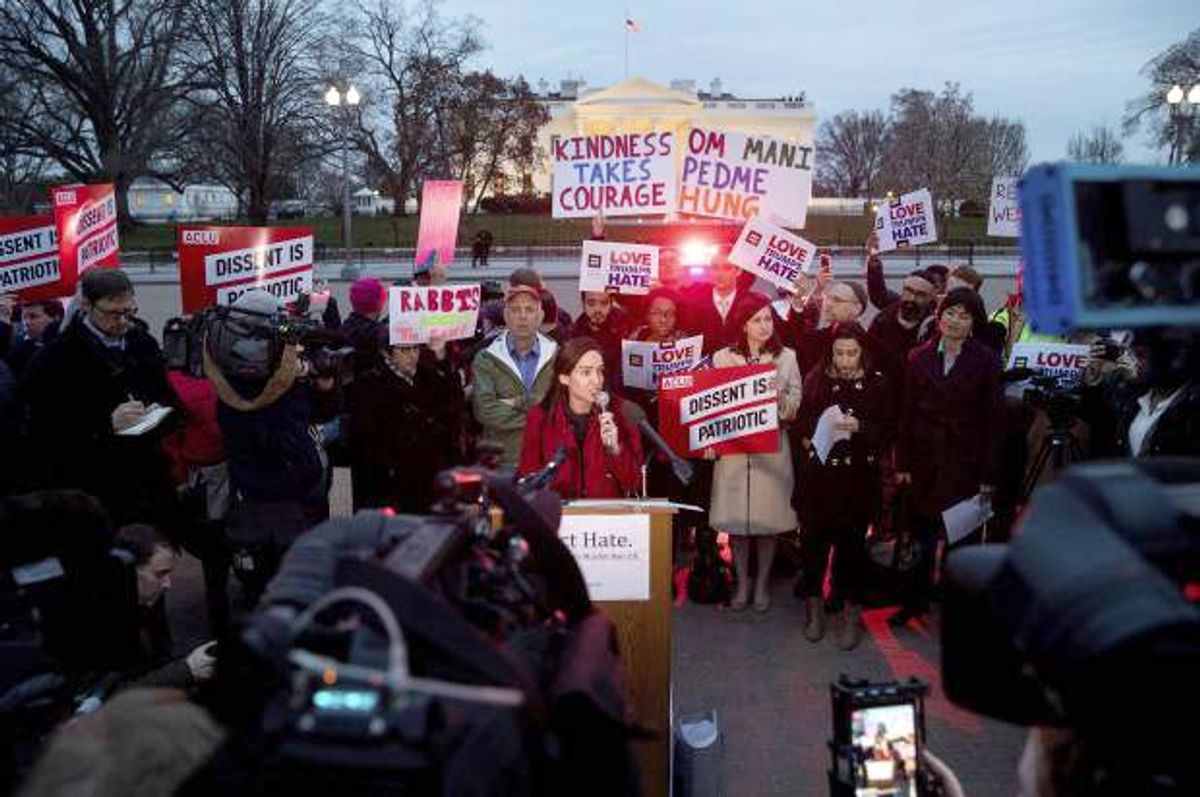 On October 17, the day before Trump's third and latest version of the Muslim ban was scheduled to go into effect, the ban was blocked by a federal judge in Hawaii.

Judge Derrick K. Watson ruled that the Trump administration's most recent attempt at the travel ban "plainly discriminates based on nationality," and that it "suffers from precisely the same maladies as its predecessor: it lacks sufficient findings that the entry of more than 150 million nationals from six specified countries would be 'detrimental to the interests of the United States.'"

Watson's ruling blocks federal enforcement of the travel restrictions imposed on residents of six Muslim-majority nations listed in the latest executive order: Chad, Iran, Libya, Syria, Yemen and Somalia. Restrictions on residents of North Korea and Venezuela, added as part of the third version, remain in effect. The case was brought by the state of Hawaii and the Muslim Association of Hawaii, as well as two American citizens and a permanent resident who argued that Trump's order would keep them separated from their families. (North Korea and Venezuela were not included in their request.)

Activists and elected officials who have come out against the ban were relieved but cautious.

"We are grateful that our courts once again proved that no person, not even the president, is above the law," said Council on American-Islamic Relations New York legal director Albert Fox Cahn, in a statement. "President Trump must give up his efforts to impose an unconstitutional Muslim ban, a blatant attempt to enact bigotry and prejudice into the law.”

Steven Choi, executive director of the New York Immigration Coalition, echoed CAIR's sentiment, reiterating that it "is un-American to discriminate against people based on race or religion. We will not make this country safer or greater by defying the founding principles on which it was built: liberty and justice for all."

They cheered Judge Watson, who has also ruled against earlier versions of the ban, but noted the fight was far from over. As Cahn points out, this is merely a temporary restraining order, and the ban's challengers face multiple legal hurdles before they can declare victory.

CAIR is just one of the multiple Muslim and immigration advocacy groups that are moving forward with a Washington, D.C. march against the ban on October 18. The #NoMuslimBanEver Rally and March will convene at 11:30am at Lafayette Square with speeches by elected officials and advocates, before marching to the Trump International Hotel and the Office of Customs and Border Control.

According to a Buzzfeed report, the Department of Justice can either appeal the Hawaii decision with the 9th Circuit Court of Appeals (which includes Hawaii), or proceed directly to the Supreme Court.

Meanwhile, multiple challenges to the ban are still working their way through the courts in Maryland, the District of Columbia and Seattle.