Saying “macaca” got George Allen defeated in 2006. Today it would probably get him elected 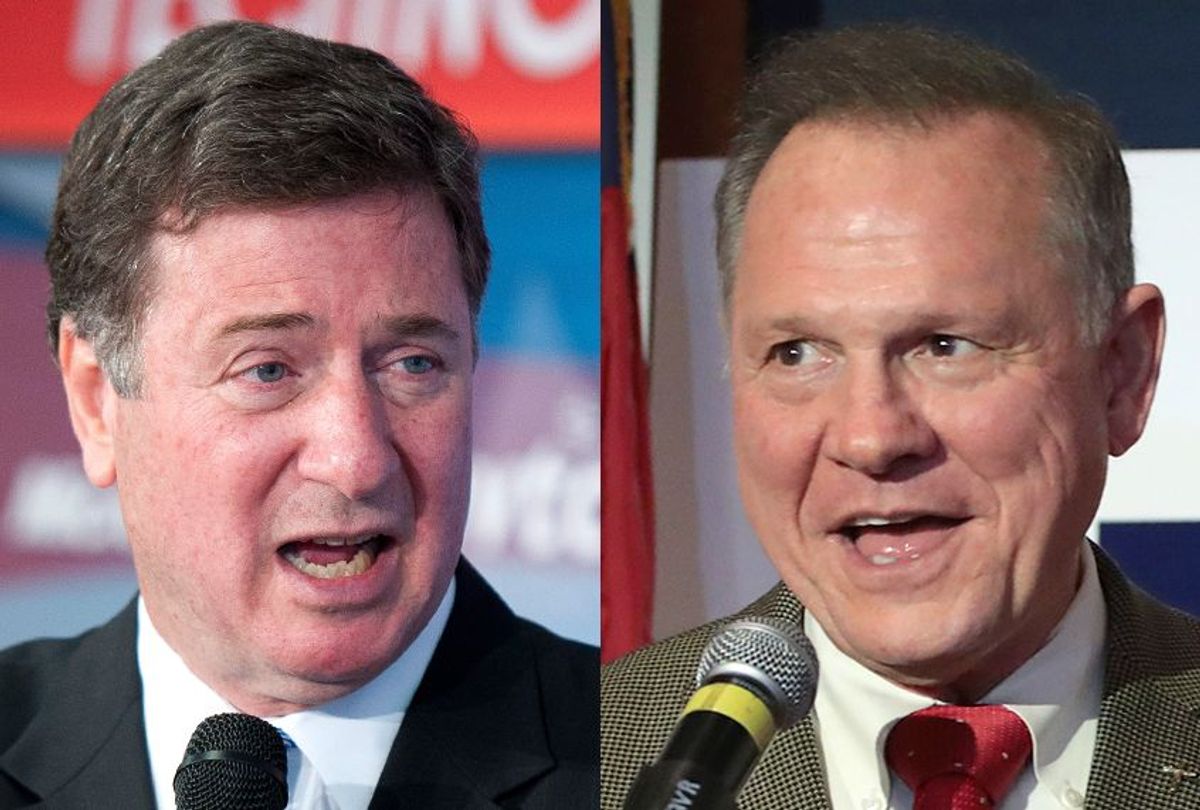 You are forgiven if you don’t remember a character by the name of George Allen, so just in case the name is stuck back there somewhere in the dim haze of your memory, I’ll remind you who he is. He used to be the United States Senator from Virginia, having run against and won the seat of Democrat Chuck Robb in 2000, the only Republican to beat an incumbent Democrat that year. Allen would probably still be the Senator from Virginia, were it not for the misstep he made on August 11 of 2006 in his campaign against insurgent Democrat Jim Webb. Allen was appearing before a small gathering of supporters in Breaks, Virginia, a little town near the state’s border with Kentucky, when he used the word “macaca,” a racist slur meaning “monkey.” S.R. Sidarth was filming when Allen pointed to him and said, "This fellow here over here with the yellow shirt, Macaca, or whatever his name is. He's with my opponent . . .  Let's give a welcome to Macaca, here. Welcome to America and the real world of Virginia.” Sidarth was born and raised in Fairfax County, Virginia, just outside of Washington, D.C. His parents were Indian-Americans.

Webb won the race by only 8805 votes, less than a third of one percent of the vote. What became known as Allen’s “macaca moment” was blamed for his loss in the closely contested race, after film of the remark hit the cable shows and went viral. Allen had been comfortably ahead in the polls until then, sometimes by as many as ten points. After Allen’s “macaca moment,” the polls tightened and finally flipped shortly before the election. Allen ran for Senate again in 2012 but was defeated by former Virginia Governor Tim Kaine, effectively ending his political career.

Why bring up a two-time loser Republican hack like George Allen right now, you might ask? Remember Todd Akin, the loon in Missouri who claimed women who were victims of what he called “legitimate rape” rarely got pregnant? Like Allen’s “macaca moment,” Akin’s rape comment got him beat in his 2012 race against Democrat Claire McCaskill. But today, Steve Bannon, newly liberated from his West Wing office and back at the helm of Breitbart, is out there beating the bushes looking for the Todd Akins and George Allens of 2018, betting the “mistakes” made in past years will add to the electability of his candidates next year.

So far, he’s been right. Bannon backed disgraced former Alabama Supreme Court Chief Justice Roy Moore against incumbent Senator Luther Strange in September, and Moore pounded him by ten points. Moore, who was removed from his seat on the Alabama Supreme Court not once but twice — once for refusing to remove a stone monument carved with the Ten Commandments from his court house and again for refusing to adhere to the Supreme Court’s decision on gay marriage — makes Akin and Allen, and even “I am not a witch” 2010 Delaware Senate candidate Christine O’Donnell look like level-headed totems of Reason and Moderation. Even backing from President Donald Trump couldn’t save Luther Strange from the runaway Moore train in Alabama. Moore has called homosexuality “abhorrent, immoral, detestable, a crime against nature,” likened it to bestiality and advocated making homosexual behavior illegal. He has said that the attacks of 9/11 reflected God’s anger and believes that crimes such as murder and rape occur “because we have forgotten God.” He used “macaca” style pejoratives for Asians and Native Americans at a September rally in Alabama, saying “"We have blacks and whites fighting, reds and yellows fighting, Democrats and Republicans fighting, men and women fighting,” concluding that “only God” could unite us. He called Islam a “false religion” and claimed that “there is no such thing as evolution” in an interview with The Washington Post. He was a long-time “birther,” claiming President Obama was not born in this country, and claims that “the only source of our law, liberty and government” is God.

Despite a recent poll that has the race in a dead heat, Bannon is betting he can tap Trump’s deep well of support in Alabama, and Moore will beat Democrat Doug Jones like a drum in 2018. He’s betting right-wing loon Kelli Ward will pound incumbent Jeff Flake in the Arizona Republican primary next year with backing from his pal Robert Mercer, who has already contributed $300,000 to the Ward campaign. He told Sean Hannity he is planning on running someone against Dean Heller in Nevada, Senator Deb Fischer in Nebraska, Senator John Barrasso in Wyoming, and Roger Wicker in Mississippi. Their crimes? Not that they aren’t conservative enough, but that they are too close to Republican Senator Mitch McConnell, the putative leader of the “establishment” in Washington, according to Bannon.

Bannon isn’t counting on finding credible candidates to run against these people, because he’s not counting on candidates, he’s depending on the lunatic voters out there. Who would have picked Roy Moore in a credibility contest before he body-slammed Luther Strange in Alabama last month? There isn’t much evidence that Bannon cares about the positions these senators take on the issues, since all of them are right-wing Republicans who voted against Obamacare and for the odious Justice Neil Gorsuch. He could care less whether they have any “macaca moments” in their pasts and would probably rather that they do, because words like “macaca” have long since been eclipsed by Trump and his “good people” white supremacists and NFL race-baiting. The voters Bannon is counting on are actually looking for prejudice-signifiers like “macaca” to point them to candidates they can identify with. Bannon doesn’t want his people to dog-whistle any more. He wants them to wear their prejudices as badges of honor like Roy Moore did when he wore a cowboy hat and a snakeskin vest and waved a pistol at an all-white rally before winning the primary in Alabama. The only thing they stop at is swapping out “I’m Proud to be an American” for “Deutschland Uber Alles,” but I wouldn’t count on it.

Roy Moore is all the evidence you need that 2018 will be the year of the lunatic voter. Bannon’s genius when he was Trump’s campaign manager last year was to let Trump be Trump. He realized that whatever principles that had tethered voters to some semblance of decency in previous elections were long gone, and they were ready to let their freak prejudices fly. Voters who recoiled at George Allen’s use of the word “macaca” were delighted when Trump referred to Mexican immigrants as rapists and murderers. Bannon took his declaration of war on the Republican establishment to the so-called “Value Voters Summit” last weekend. "It's not my war, this is our war and y'all didn't start it, the establishment started it," Bannon said. Referring to the forces in the Republican party that favor inclusion and moderation, Bannon told his audience of religious fundamentalist conservatives, "You've had a bellyful of it, and you're taking your country back."

Bannon is making a very simple bet: voters who were offended by Todd Akin’s comments about “legitimate rape” in 2012 turned to Trump in 2016, and when he made his racist comments about white supremacists in Charlottesville and black NFL players, he was talking their language. Bannon can completely ignore the national polls that have Trump somewhere in the 35-40 range because he’s not running anyone nationally. He’s running his anti-establishment loons in red states in Republican primaries, and if Alabama tells us one thing, it tells us that the lunatic fringe has taken over the Republican party; they’re registered, and they’re ready to vote not their consciences but their prejudices.

The thing about Bannon is, he doesn’t really care what his senators do when they get to Washington. Trump fired him, so he doesn’t care about Trump except to the extent he can use his methods and his voters. He doesn’t even care about the issues Republicans are trying to push through the Congress. All he cares about is blowing up the Republican establishment. Unshaven, overweight, rumpled, coarse, profane, Steve Bannon is the Harvey Weinstein of Republican politics. He’s wearing black shirts rather than a hotel bathrobe, and he’s not content with abusing only women. Setting out to elect the likes of Roy Moore and more like him, he’s bent on abusing the whole damn country.