The president keeps repeating the same falsehood about U.S. taxes 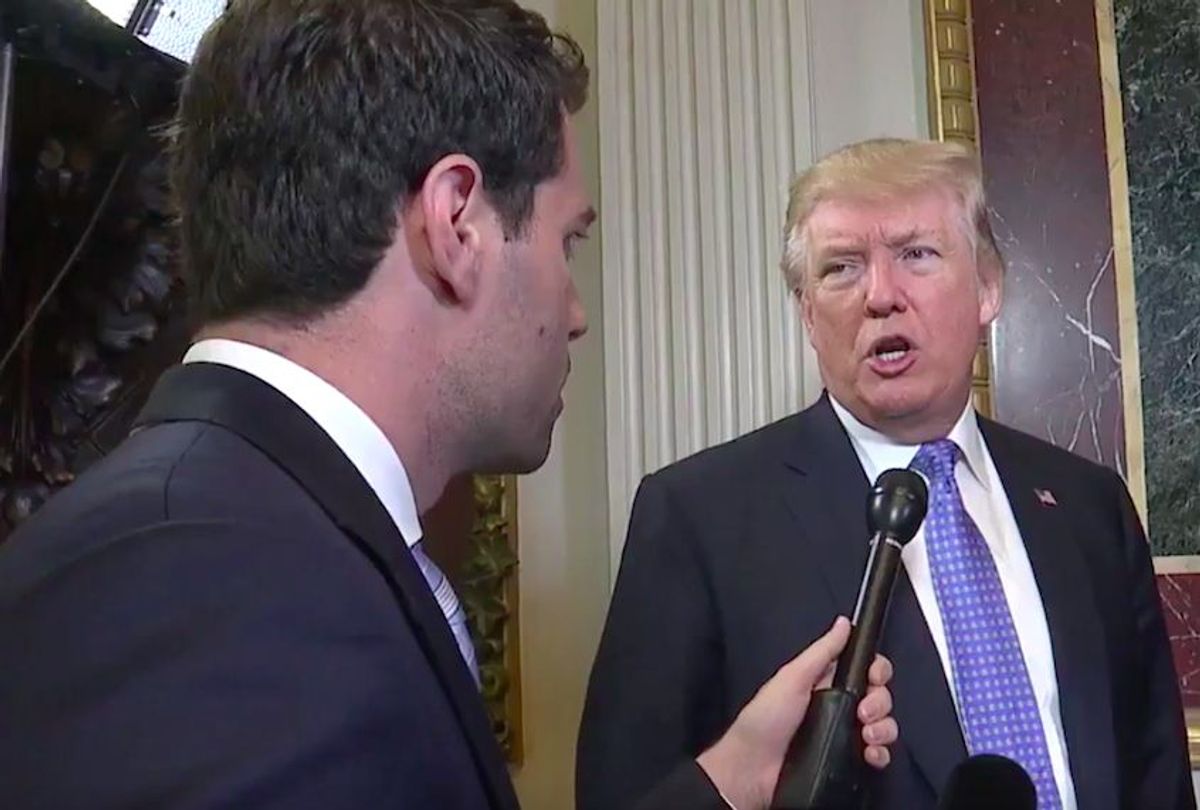 Scripps political correspondent Mike Sacks walked right up to President Donald Trump and confronted him about his repeated tax lie that the U.S. is the "highest taxed" nation in the world.

“With the credibility you need to pass tax reform, why did you say it?" Sacks asked Trump, after telling him that his untrue tax claim was "seen as objectively false."

“Some people will say it differently. They’ll say we’re the highest developed nation taxed in the world," Trump responded."

"Then why don't say it that way?" Sacks shot back.

Watch the amazing exchange below.

I asked POTUS today why he keeps saying "We're the highest taxed nation in the world" when it's objectively false. Here's how he answered: pic.twitter.com/2EHa0nbm5p