Is #MeToo coming for Louis C.K.?

There have long been rumors sexual of misconduct floating around him. Is this the moment it all comes to a head? 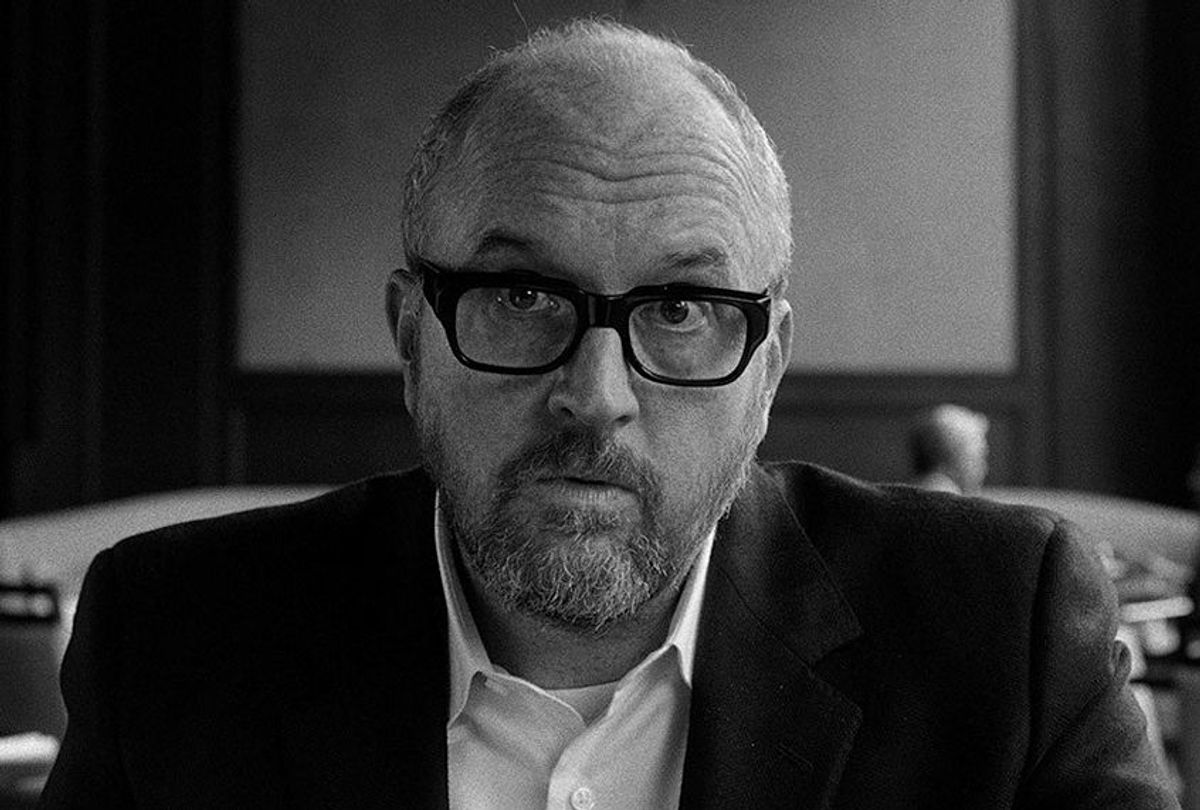 The still-mounting allegations of sexual violence against Harvey Weinstein has opened a hornet's nest in Hollywood. To a great extent, though, this is a much larger story than Weinstein, a tragically universal one about the ways a powerful men are protected and how vulnerable women are often taken advantage of and silenced.

The only possible upside here is that, as Weinstein's falls, so too do the traditional systematic protections for sexual predators seem less airtight. Certainly, more culprits are coming to light via the #MeToo hashtag.

But one person who has not surfaced in the #MeToo feed is comedian Louis C.K. Indeed, he may never, as it is not at completely clear that he's done anything wrong. Certainly, no one has ever gone on record to validate the long whispered rumors of sexual misconduct against him.

Still, with all the questions around him, one can't help but wonder if the beloved writer, producer and director is next. Indeed, the pale of enforced silence around Louis C.K. in respect to these allegations feels very much like the one that protected Harvey Weinstein for all those years.

A 2015 tweet from Barr also summed up why the rumors, true or not, may remain persistent even without proof. "I have 0 idea if Louie #CK is a sexual offender or not-but there R MULTIPLE accusations in Hollywood's working woman circles. He shld answer," Barr said.

I have 0 idea if Louie #CK is a sexual offender or not-but there R MULTIPLE accusations in Hollywood's working woman circles. He shld answer

Barr isn't the only one to speak up on this. But, like Barr, all the others stepping forward lack details, lack names, lack specificity. No one has accused Louis C.K. directly and, just as crucial, few in the industry even want to talk about it.

Koester said when it came to Cosby, everyone explicitly condemned him and expressed disgust. Yet, also in uniform, when it came to Louis C.K. "They would all, invariably, claim ignorance." Koester said she was then admonished by a "livid" employee who said "JFL is a 'family,' and that Louis is a member of said 'family,'" and "Were I to ask the offending question again, he said, I would be ejected from the carpet."

For his part, Louis C.K. refuses to respond to the buzz around him. That is his right. But for for many, that is part of the problem.

In 2015, he told New York Magazine of the rumors: "No. I don’t care about that. That’s nothing to me." When pushed further, he said "Well, you can’t touch stuff like that. There’s one more thing I want to say about this, and it’s important: If you need your public profile to be all positive, you’re sick in the head. I do the work I do, and what happens next I can’t look after. So my thing is that I try to speak to the work whenever I can. Just to the work and not to my life."

Last month, after the screening of his new film, he told the New York Times a similar line. "I’m not going to answer to that stuff, because they’re rumors." He later added, "If you actually participate in a rumor, you make it bigger and you make it real... They’re rumors, that’s all that is."

But, as of now, Louis C.K. hasn't "handled" it, nor has he uttered anything close to a meaningful response.

Meanwhile, his new movie, "I Love You, Daddy" isn't helping things. In the film, Louis C.K. is a TV writer whose underage daughter becomes romantically involved with a much older and very famous filmmaker known for dating younger women. At the end of the trailer a woman says: "I mean, everybody’s a pervert. I’m a pervert. We’re all perverts. Who cares?"

Apparently, many do care. Recently, Jezebel put out a call for tips on the alleged sexual misconduct claims against Louis C.K. in an attempt to end this  denial and deflection routine, to clear the matter once and for all. As they wrote: "Talk to us. It’s time."

For Louis C.K. himself it may indeed be time to speak up. Certainly, #MeToo makes his situation seem all that more precarious.