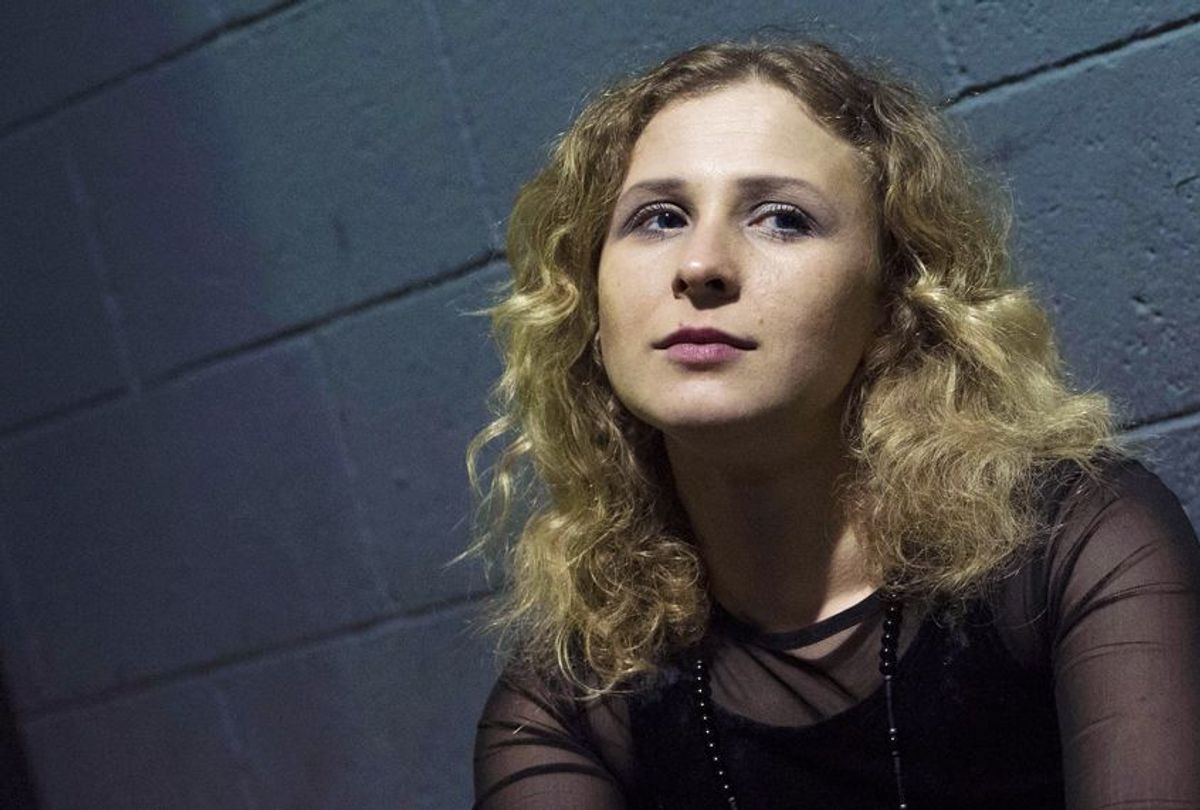 When Masha Alyokhina, member of the feminist performance collective Pussy Riot, appeared on "Salon Talks" this week, she referred to her experience in a Russian prison as "legal slavery."

In 2012, Alyokhina was sentenced to two years in prison for protesting against the Putin regime. Now free, Alyokhina is the author a new book titled "Riot Days," which details those two long years of incarceration where she was separated from her son, underwent five months in solitary confinement, staged a hunger strike and underwent humiliating gynecological examinations.

Alyokhina told Salon's Andrew O'Hehir that while serving time in Siberia she was compensated a mere two or three dollars per month for her labor.

O'Hehir pointed out that there's more of a similarity to U.S. prisons than many Americans would like to admit. "The discussion that you have in this book about prison and what you did there, it very much applies to the United States, where there are many prisons where prisoners have to work for very low wages, cleaning the highways, or making things," O'Hehir said.

Alyokhina said the universal tragedy of prison is the way it breaks apart families, especially when women are incarcerated. But, she said, change to prison systems around the world can happen through observation and with the formerly incarcerated coming forward about their experiences. In her mind, that will uncover the atrocities that occur "in the dark corners."