We may have a treatment for our police shooting epidemic; we're just not using it

Even as cops kill 1,000 Americans a year, the focus of training remains on target practice, not deescalation 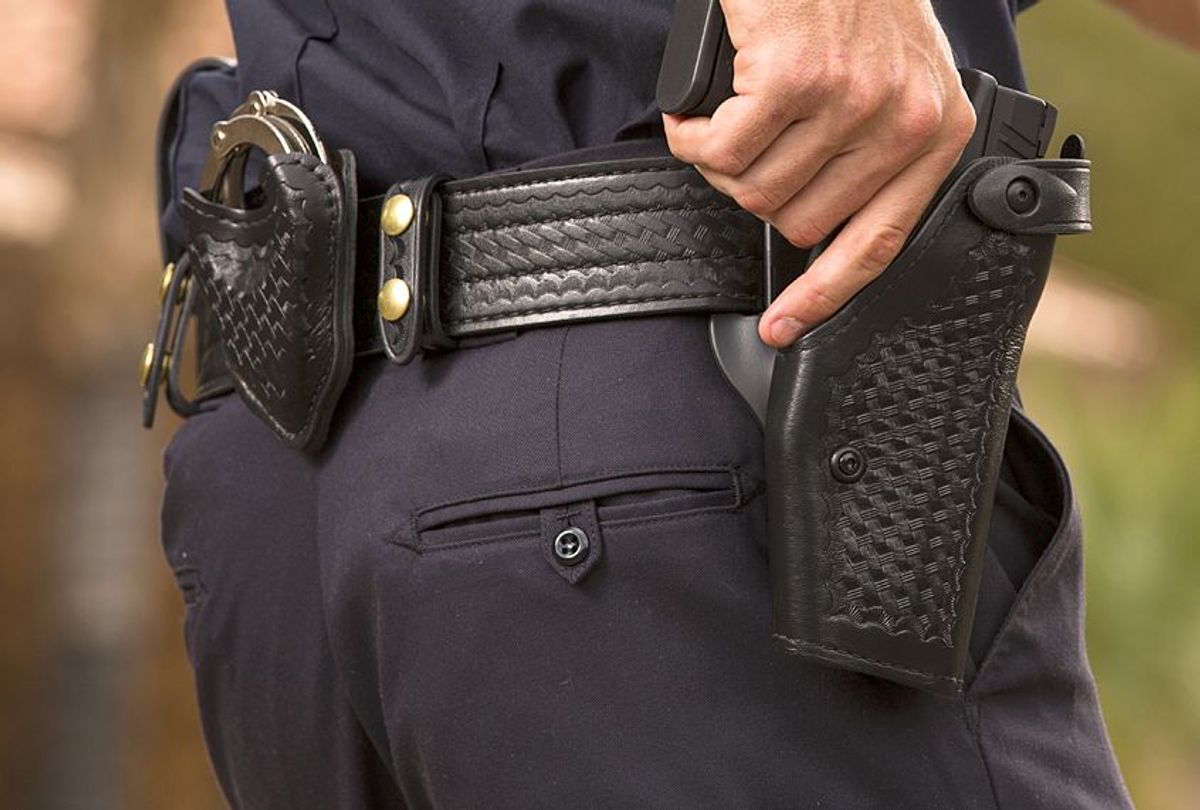 Yes, the U.S. may have a population that's at least six times greater than England and Wales combined, but this year our police are likely to kill almost 250 times more suspects than theirs will.

All this begs questions about the kind of tactics used by U.S. law enforcement, and the types of training they undergo — specifically, why is the act of policing so much more lethal in the U.S.? To no surprise, there are lots of different answers.

Long before President Donald Trump offered up his potentially dangerous unconditional support of police, it was clear that law enforcement in America has unique, structural failings that often deliver unjust, disproportionate and, many times, fatal consequences to the poorest communities.

Paul J. Hirschfield, a scholar of sociology and criminal justice and professor at Rutgers University, published a study in 2015 that said "police lethality is deeply rooted in two distinctive aspects of American society and culture." It is these differences in culture are that make American policing difficult to compare to that in other areas of the world.

Hirschfield argues that in the U.S. "police over-reliance on deadly force is increasingly understood as a national problem requiring large-scale solutions." He continues, "Police violence is both a tool and product of strategies to maintain racial segregation and inequality."

Indeed, many Americans — and often police in particular — see their black countrymen as inherently dangerous, inherently suspect and inherently less than human. Just as the Ferguson, Missouri, police officer who killed unarmed Michael Brown in 2014 said Brown had an expression that looked "like a demon," those on patrol often see black bodies as threats, armed or unarmed. They fire their weapons accordingly.

Yet, while racism certainly plays a major, perhaps defining factor in policing in America, Hirschfield also argues that it isn't the only flaw in law enforcement's over-reliance on deadly force.

"Elevated police killings are also rooted in America's prevailing ideology (and mythology) of self-reliance and limited government. Neoliberal ideology helped some politicians cut gaping holes in the social safety net, leaving ill-equipped and fearful police officers to deal with desperate people who lack adequate treatment and support, yet who have easy access to weapons," the author writes.

Another major component of the policing problem in America stems from the lack of accountability and transparency police officers, and departments as a whole, often face for their actions.

Police convictions are increasingly rare, despite the rise in fatal shootings, and officers are actually half as likely to be convicted and incarcerated as civilians, according to Vox.

The lack of consequences have resulted in a culture that allows officers to justify using deadly force, particularly when it might not be necessary.

By contrast, national standards in most European countries conform to the European Convention on Human Rights, which impels its 47 signatories to permit only deadly force that is “absolutely necessary” to achieve a lawful purpose. Killings excused under America’s “reasonable belief” standards often violate Europe’s “absolute necessity” standards.

For example, the unfounded fear of Darren Wilson – the former Ferguson cop who fatally shot Michael Brown – that Brown was armed would not have likely absolved him in Europe. Nor would officers’ fears of the screwdriver that a mentally ill Dallas man, Jason Harrison, refused to drop.

Access to guns in America plays another major role in law enforcement's willingness to use deadly force, mainly because access to firearms in other countries is far more difficult, which makes officers less likely to expect a weapon to be used against them.

"British police — who are unarmed while on routine patrol and unlikely to ever encounter a gun-toting citizen — may be tempting to dismiss as an outlier, but U.S. police are upper outliers. Australian police carry guns, but they reportedly shot only six people to death in fiscal year 2011," Hirschfield writes.

He continues, "In a gun culture, police are precariously primed for the possibility that suspects are packing. Thus, American police have killed people after allegedly mistaking such objects as wallets, phones, candy bars, spray nozzles, and Wii remotes for guns."

So that's the disease. But outside of rebooting our entire culture or restructuring the minds of any paranoid or racist cops on the beat, what is the emergency room treatment here? How do we stop the bleeding before we get to work on a long-term cure?

Some in America already believe they have an effective treatment in hand.

Dallas police have taken note of other countries similar to the U.S. such as England, Wales and Australia and have seen a dramatic drop in excessive-force complaints against officers, largely because of widespread de-escalation training methods that have been implemented.

"This is the most dramatic development in policing anywhere in the country," Dallas Police Chief David Brown said in a 2015 interview. "We’ve had this kind of impact basically through training, community policing and holding officers accountable."

While policing in Dallas is not perfect and such changes take years of implementation before long-term effects can be seen and cemented, the city is already seen as a leader in de-escalation initiatives.

Yet, for all the potential good de-escalation training may be able to do, it is hardly the focus of police training in America. In fact, it's one of the most neglected aspects of training on average.

A study published by the Police Excecutive Research Forum (PERF) a nonprofit police research and policy organization, stated that "the largest element of recruit training was on firearms, accounting for a median of 58 hours." De-escalation training got a mere eight hours of time. That's over six times more hours spent learning how to shoot a weapon than spent learning how not to shoot one.

More than 280 agencies across the country in 2015 responded to a survey on current training practices, which broke down time spent on specific areas of training.

A median value of 40 hours of training is provided on teaching recruits about Constitutional law and legal issues regarding use of force. Recruits received a median of 8 hours of training on Electronic Control Weapons (ECWs), such as Tasers. Considering that a recruit training academy is generally a three- to six-month process, additional hours may be needed on topics such as communications skills, de-escalation, and crisis intervention.

While 18 and 13 percent of total hours devoted to in-service training are spent on firearms and defensive tactics, respectively, only 5 percent of total in-service training hours are spent on each use-of-force policy, de-escalation and communication skills. Again, that's more time spent on figuring what to do in a shooting situation over figuring out how to prevent one by a factor of almost three.

This is all to say that almost a third of all departments and law-enforcement organizations simply don't prepare their officers in preventing bad situations from becoming deadly ones in any regimented, systematic way.

Essentially, America has at least some of the tools needed to prevent even the most racist, most aggressive cops from firing their guns when other options are available; we're just not sufficiently serious about using these tools. That we can't bring ourselves to use the most available and tested treatments for this crisis may indeed be itself America's profound and deadly disease.