The "Total Blackout" tour is hilarious, timely, important — and worth every penny 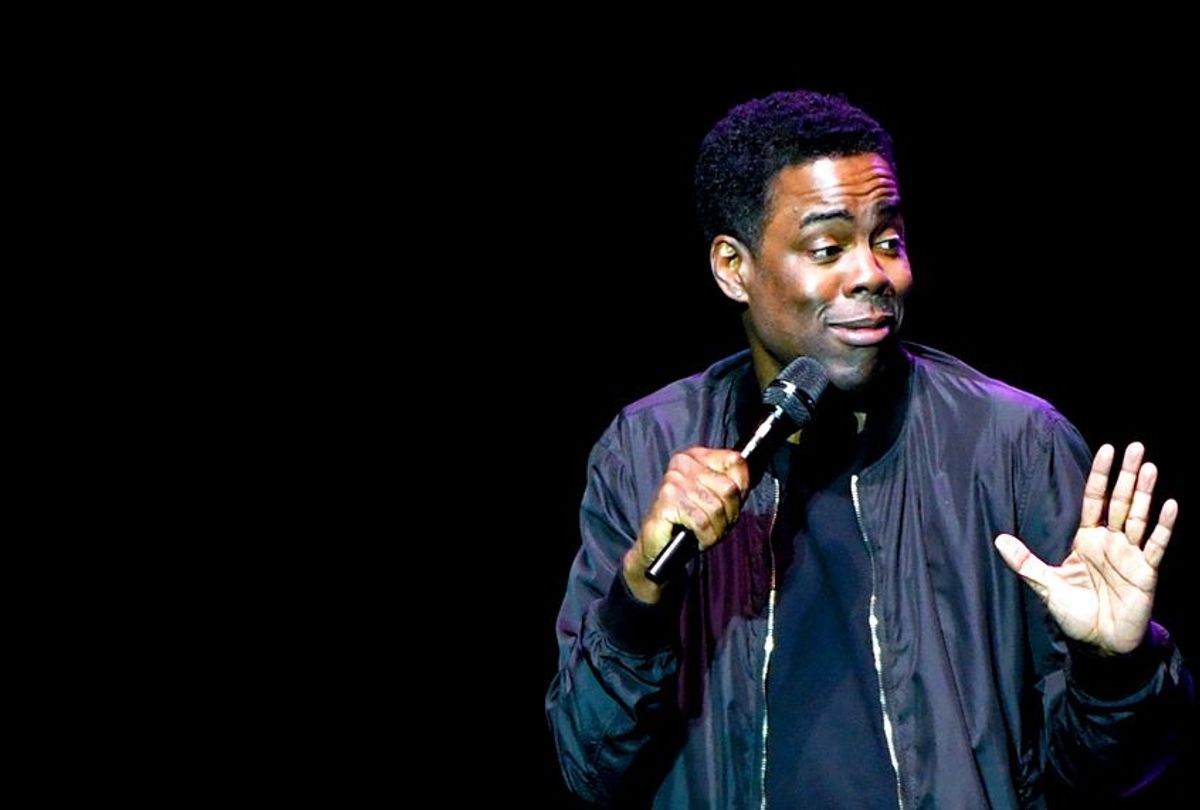 Chris Rock is back and better than ever. I bought a $350 ticket to see the 52-year-old comedian perform at the new MGM Grand Casio at the National Harbor in Maryland the other night and it was worth every single penny. Ticket prices for Rock's "Total Blackout" tour range from $200 to over $2,000, but I honestly don’t think the people who could afford the $2,000 seats had any complaints, either, judging from the laughter I heard leaving the venue.

Full disclaimer: my weekend was rough. I buried one of my favorite uncles and found out that my cousin died while she was on her way to the funeral. So I was feeling low, and so was everyone around me.

“Yo, Chris Rock in D.C.,” my cousin told me as we got ready for the funeral. “You wanna go and see him?”

He checked the prices and texted me later that day. "Man fuck Chris Rock, those tickets cost more than a pair of Air Jordans! Pookie must me smokin crack again!”

At first, I agreed, but then I decided to go. I’m known to change my mind 80 times per decision, earning a rep as the guy who is never expected to appear at an event until I actually show up. I offered to buy my cousin's ticket because my friend who loves Chris Rock had to work, but he didn’t want to go on principle. “I’ll catch that skinny muthafucka on YouTube!”

I went anyway and caught the end of Mario Joyner’s opening act, which was amazing. I've seen him perform before at the Comedy Cellar in New York. Rock took the stage shortly after and didn’t waste any time, telling the crowd that this was going to be a dirty performance; people fuck in his jokes, so leave if you were looking for something positive.

He delivered on that promise. Rock's first bit dealt with how he wanted to see more white kids shot by police officers. He figured it would be make law enforcement look less racist if they evened the killings out. Rock explained how he’d like to see a white mother on TV, crying next to Reverend Al Sharpton, mourning her son Chad — a racquetball star who was an unfortunate victim of police violence — shouting “No justice! No quiche!”

Rock finished by saying that all cops aren’t bad; however, we shouldn’t have any bad officers, because the job is as important as being a pilot. Would you trust an airline that said most of are their pilots are good, but we have a few bad apples? This is when Rock is at his best; he finds a way to simplify complex issues in an accessible way for diverse crowds, while still being funny.

As the set, which clocked in at over an hour, went on, Rock covered everything from gun laws that won’t ever change to the transformative power of bullying, and why all anti-bullying campaigns need to stop. He also delved into the events that led up to his divorce. Rock feels that relationships are like bands and the role of the lead singer must alternate­­. He could never see himself as a backup singer or the tambourine player, and that’s why his marriage failed.

Rock ended his show in extremely vulnerable territory, telling us about the perils of dating as an older man. He shared a story about the day his divorce was finalized, and he saw Rihanna at a party. Rock decided to talk her. “I forgot how old I was until she looked at me like I was her aunt! I have a better chance of fucking Aretha Franklin!” The mostly older crowd roared as he left us with some tips on maintaining relationships that I won’t share, because you should see the show yourself.

Rock’s new show is that rare combination of harsh and hilarious. Simply put, it's brilliant — expensive, but brilliant — and therefore well worth the price. I can confidently say that we have our generation's Richard Pryor, and that's a voice we truly need in these bizarre political times.