Democrats are doing a lot better than the Democratic Party

Democratic donors aren't getting something they really want, and Tom Perez isn't helping 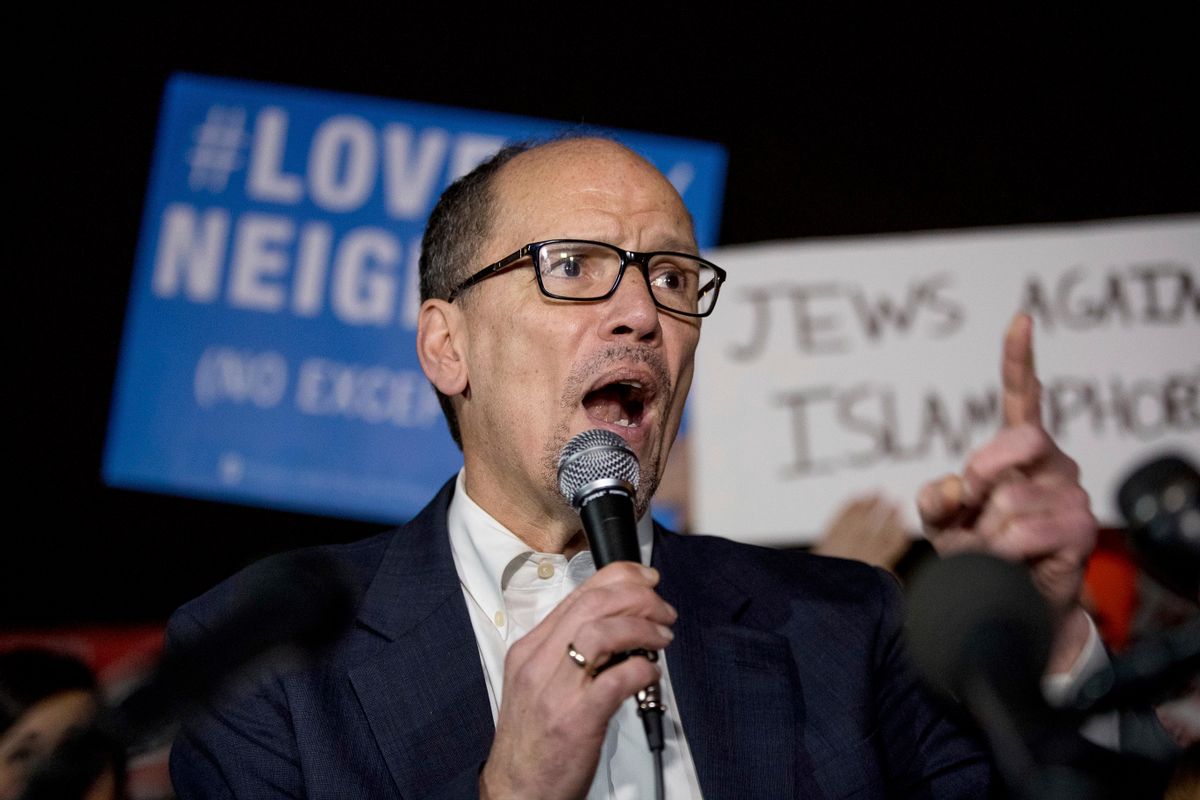 After eight months as chair of the Democratic National Committee, chairman Tom Perez has been unable to get Democratic voters interested in connecting with the party again. The fundraising situation has become so dire that party operatives are worrying that they won't be able to do essential operations in preparation for the 2018 midterm elections.

Amid growing concerns about his leadership, some party officials are wondering if Perez is preparing for a purge of people deemed less than loyal to him. MSNBC reported that former advocates for Bernie Sanders' presidential campaign had been removed as "at-large" members of the committee. Many of these members had also endorsed Perez's former rival for the top DNC office, Rep. Keith Ellison of Minnesota.

A DNC representative defended Perez's appointments. "This slate doubles millennial and Native American at-large representation, provides unprecedented representation for our allies in the labor community, and increases the presence of Puerto Rican at-large members at a time when the Trump administration refuses to take responsibility for the millions of Americans who are still suffering through a major humanitarian crisis," Michael Tyler told MSNBC.

The new member roster did increase the number of union representatives, also.

Democratic officials have also refused to end the party's "super delegate" system, which was explicitly designed to give elected officials and party functionaries power against Democratic presidential primary voters. Sanders and his supporters have long called for the elimination of super delegates, but thus far, the DNC has only committed to studying the issue.

Questions about Perez's leadership were common at last weekend's DNC fall meeting held in Las Vegas. Ray Buckley, New Hampshire's Democratic Party chairman, who was removed as an at-large delegate in the recent changes, paused for 10 seconds before answering, when he was asked about Perez.

“I think that running the DNC is an enormous challenge and bringing in an entirely new team who didn’t actually have a history within the party itself made it a little harder, because there wasn’t that natural understanding,” Buckley said, according to The Washington Post. “What we’re hoping is that things will get better. We’re believing that the sun will come out tomorrow.”

"Donors, small and large, are so over the party," she said, adding that she believed the DNC would eventually be able to turn things around.

According to Politico, several long-time DNC donors have stopped giving because the party has refused to release any sort of "autopsy report" discussing what it did wrong in 2016 that led to the victory of Donald Trump.

The financial problems appear to be unique to the DNC in comparison to Democratic candidates and party organizations which help them.

By contrast, the Republican National Committee raised $10.2 million in July, a record for the party in the month. In June, the GOP brought in $13.4 million, another record. Back in May, the total was $10.8 million, also a record for that month.

Going into October, the DNC had just $7 million in the bank.

Facing increased discontent, Perez has been stepping up his rhetoric against Trump.

“We have the most dangerous president in American history and one of the most reactionary Congresses in American history,” Perez said at the DNC meeting. He's also taken to utilizing profanity in a bid to get Democrats more interested in his message.