Women have to defend themselves everywhere — even Antarctica 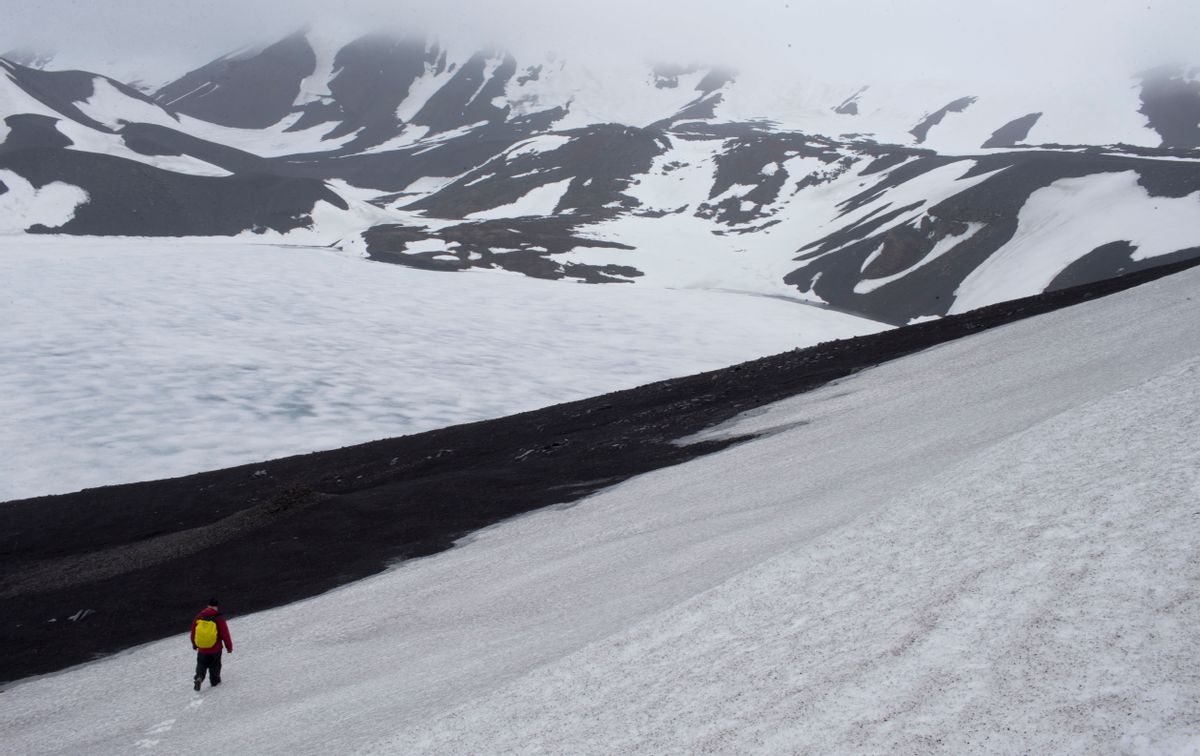 On Oct. 6, the day after The New York Times broke the story that Harvey Weinstein had serially sexually assaulted and harassed women across Hollywood, Science Magazine published a quieter exposé of abuse. Geoscientist Jane Willenbring — along with several other women — brought allegations of sexual harassment against her former advisor at Boston University for his conduct with her on a field research trip in 1999.

In a written complaint to BU’s Dean of Arts and Sciences, Willenbring alleges that Antarctic Research Group director David Marchant threw rocks at her as she tried to urinate; ranted about her being a “slut” and a “whore”; insisted that his brother, another researcher on the trip, expose himself to her in the tent that they shared; and shoved and otherwise physically abused her. Daily, Willenbring says, Marchant would insist that he needed to break her down and build her up “in his image.”

While the Weinstein allegations were bleakly unsurprising to many women — there is the expectation, however depressing, that the film industry operates on the exploitation of women — Willenbring’s story carries a fresh element of awfulness: “Can you believe women even have to defend themselves in Antarctica?”

But yes? Of course? Because there is nowhere that the lure of misusing power will not be tempting to certain men. And that power, cruelly wielded across ice sheets, classrooms, and laboratories, pushes hordes of women from scientific pursuits. In any effort to fight climate change, we cannot afford that kind of attrition.

There is something uniquely lawless about remote, field-based research: A 2014 survey of field researchers found that 64 percent of respondents experienced sexual harassment in their fieldwork. When I asked whether Marchant’s behavior changed between campus and Antarctica, Willenbring said yes: “That was when the civilized constraints seemed to be lifted.”

“I remember going through, in my mind, all the possible things I could do: saying nothing and ignoring him, or yelling at him,” Willenbring told me. “I tried to swear at him. I tried to joke back a couple times. There was nothing that would work. The more I didn’t get bothered by it, the more he would get annoyed, and sometimes he would get really violent.”

“Civilized constraints,” however, don’t deter men in more formal settings. In fact, most of the institutions that we consider exemplars of modern civilization — like universities — function on the power of men and their ability to silence women.

To report Marchant, on whose recommendation the rest of Willenbring’s career depended, would have threatened her employment opportunities. (According to Willenbring, another female student had reported Marchant for sexual harassment before her time at BU, to no result. BU would not confirm this.) When Willenbring concluded her master’s program, she decided to pursue her doctorate in Arctic as opposed to Antarctic science to avoid any further interaction with him.

When success is predicated upon silence about sexual harassment, we get an impossible, self-defeating dichotomy. It is courageous to jeopardize the career that you have worked so hard to build. But to identify that decision as brave creates a flip-side in which the women who do not report harassment can be considered cowardly (even by themselves). Add to that the fact that we praise women who break glass ceilings in STEM fields for their commitment to their work — the very trait that might dissuade them from reporting sexual discrimination. Willenbring waited until she was secure in her career as a professor at the Scripps Institution of Oceanography to speak up.

She reported her case in October 2016, and it has been under investigation by BU’s Title IX department for the past year. A statement from BU noted that the time elapsed since the events of the case makes it difficult to investigate, but Willenbring points out that the Science reporter investigated it in a matter of weeks. Last week, in light of the Science report, Marchant was placed on administrative leave from his position as chair of the Earth and Environment department.

Still, Willenbring notes that reporting harassment alone isn’t going to solve the problem. What women scientists really need are female mentors in their fields who will invest in and support their careers. The problem being, of course, that women occupy a fragment of positions of power in STEM fields. In doctorate-level positions in science and engineering, they are outnumbered nearly 2 to 1 by men. It’s a difficult riddle.

But it’s one that management consultant Fabian Dattner and marine ecologist Jess Melbourne-Thomas are trying to solve. They co-founded the Homeward Bound Program in 2015, an Australia-based, international initiative devoted to increasing the number of women in positions of power in science across disciplines, like academia, business, communications, and the arts. Specifically, they want to elevate 1,000 women to leadership roles by 2026. Their 12-month program culminates in a research trip to Antarctica.

Lee Constable hopes to be one of those thousand women, and she’ll be trekking to the icy shores of our most remote continent in February 2018 through Homeward Bound.

At 27, Constable is the host of an Australian public television show called Scope, which is kind of like "Bill Nye: The Science Guy" if it were hosted by someone who yells at their audience less. Constable, who is warm and instantly personable over Skype, tells me that she has never felt that she was somehow inadequate in science as a woman. She’s acutely aware, however, that her experience is not the norm.

That can be attributed to Constable’s undergraduate experience with Marilyn Ball, an environmental biologist at Australian National University, studying coastal mangroves and then spending a year in Ball’s lab. While Constable loved the work, she became interested in how people who may never see a mangrove forest think about and act on climate change.

In 2016, she took over Scope from a male host who had launched it 11 years prior. The transition marked a change in the show’s approach: a less academic slant, and more intentionally accessible to kids who might not consider themselves stand-out students. She applied to the Homeward Bound program specifically to develop her leadership skills, now that she has the platform to involve more young people — and hopefully, more young women — in science.

“For me, being a leader might mean actually setting an example or having a positive influence on someone I may never meet,” Constable explains. “Now that more people are listening to me and asking for my opinion on things, I’m seriously considering how to make that into something positive in terms of climate action.”

There are a few networks that share the goals of Homeward Bound — Million Women Mentors, for example, or eAlliances, an initiative of the American Association of Physics Teachers. Neither are as interdisciplinary, or as specifically programmed, as the fledgling Homeward Bound, which is funded by a motley handful of public and private entities. The $26,000 cost of the trip to Antarctica is partially borne by the participants themselves, which obviously excludes low- or even middle-income women who cannot secure outside funding. Homeward Bound is currently developing scholarships for women from the most immediately climate change-impacted countries.

As Constable points out, these initiatives tend to be directed and founded by women. “Women are the ones who are always organizing the ways to help women stop their own discrimination,” she notes.

If you would like to play your part in ending discrimination in science, regardless of whether or not you are a woman, try any of these:

The current and coming generations of young women in science should not have to wait nearly 20 years to report their abuse, as Jane Willenbring did. Multiple women have contacted Willenbring to thank her for coming forward — and to agree that they, too, would have waited (or are waiting) until they are more secure in their careers to do the same. But Willenbring’s decision to come forward was also catalyzed by her daughter.

“I took her to my lab, and she realized with me in my lab coat that I was actually a scientist and not just telling her that,” she recounts. “She said, ‘I want to be a scientist just like you, mommy,’ and that hit me so hard.”

Her voice breaks, barely perceptibly. “I imagined her going through the exact same thing, and I’m coming apart, again, just thinking about it.” And then, firmly: “That can’t happen.”