Why the US men’s soccer team is destined to fail 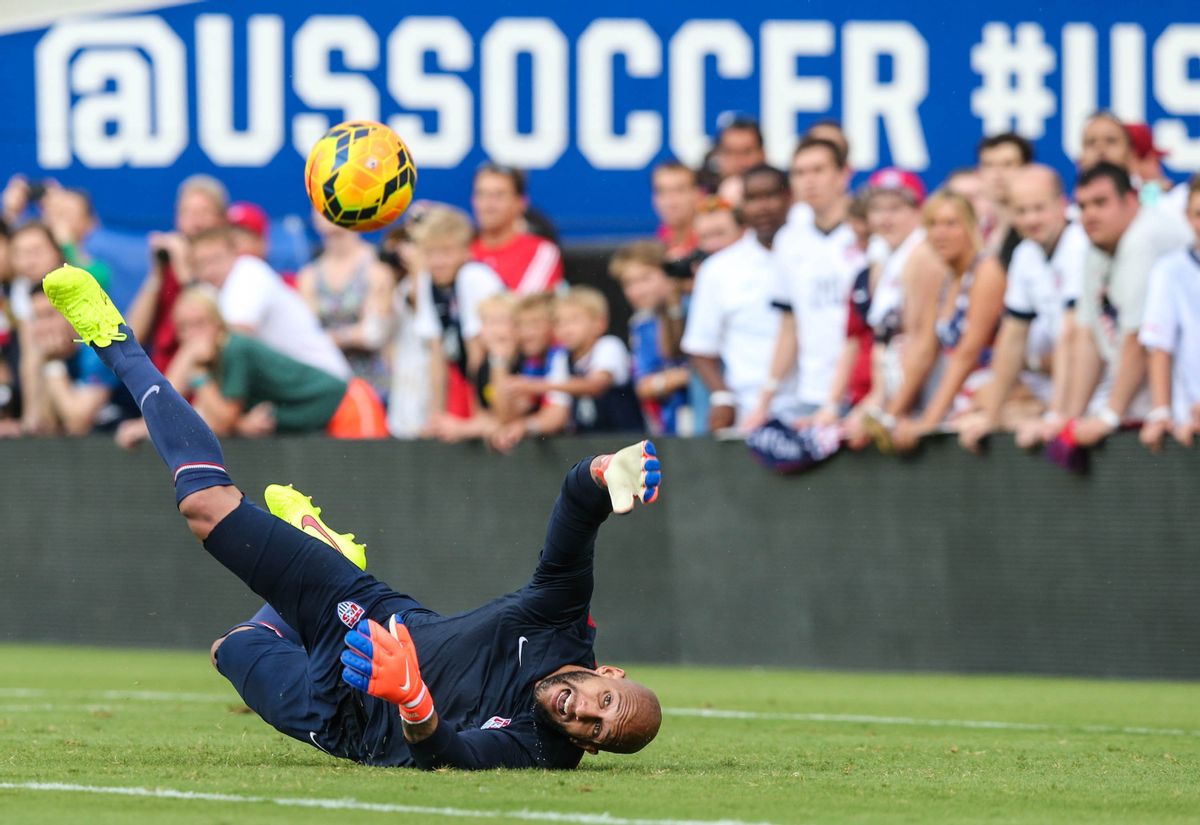 David beating Goliath is very exciting – unless you’re a fan of Goliath.

The United States has 330 million people and a massive youth soccer system, yet its men’s national soccer team just got bushwhacked by a team from Trinidad and Tobago, a country with 1.3 million residents.

How could this happen?

Instead the problem is the American system of identifying and cultivating soccer talent – or, more accurately, not identifying this talent.

For the past six years I have been researching and writing about the commercialized youth sports industry, including a youth soccer system that excludes low-income and nonsuburban families from participating at the same rate as higher-income families.

U.S. kids don’t play soccer with bare feet on hardscrabble barrio fields where creativity dominates the action and with few grownups in sight.

Instead, too many American kids play soccer in high-tech cleats on manicured suburban fields, where they stand around quietly until an adult (often paid) runs them through repetitive drills – all to prepare for an expensive tournament three states away.

Commercial components permeate every aspect of the youth game. Research presented in my recent book on college and youth sports shows that family income is highly correlated with youth soccer participation. About 25 percent of American families have incomes over US$100,000 annually, yet they produce 35 percent of youth soccer players.

Many leave for financial reasons. Kids interested in playing soccer must increasingly pay for apparel, equipment, team fees, coaches, trainers, tournament travel and field space. It’s not unusual for families to spend over $10,000 per child per year to play organized youth soccer. `

The result is a system more attuned to identifying the best payers than the best players.

Those remaining in what I call the pay-to-play soccer system increasingly sign up for high-cost tournaments like the annual Disney Boys’ Soccer Showcase, with the idea that it’ll increase their chances of being identified by the national team or college recruiters who frequent the expensive tournaments.

What would have become of Cristiano Renaldo or Marta had they grown up in the U.S. pay-to-play system?

Talent isn’t being found in overgrown weed patches stuffed between urban row houses and rural farms. Nor is it being found among the 630,000 kids playing in the American Youth Soccer Organization programs, which adhere to the philosophy that youth sports should be fun in and of itself, not an expensive pathway to some “next level.”

U.S. international dominance in men’s basketball provides a good contrast to soccer. Sure, there’s a significant commercial element to youth basketball, most notably reflected in the Amateur Athletic Union circuit.

But this isn’t the only place where talent is identified. There’s a robust network of recruiters who still go to cramped high school gyms and neighborhood playgrounds teeming with skilled players. Low-income boys are 50 percent more likely to participate in basketball than in soccer, with participation rates identical between blacks and Latinos (despite cultural stereotypes that assume Latinos are more likely to play soccer).

There might be a reason for this: There are low-cost options for playing basketball (and being noticed), unlike in soccer. The U.S. men’s national basketball team does not systematically exclude an enormous swath of the population merely because it is poor. A bigger talent pool equals better teams.

Men’s soccer will never be able to compete internationally as long as it is enmeshed in a class-restrictive youth sports system. As for the U.S. women’s comparative international success in soccer, that’s a different dilemma. Many other countries don’t fund and cultivate women’s soccer players as well as the U.S., which gives the Americans an advantage.

My prediction, though, is that these same economic restrictions will soon kick U.S. women’s soccer in the collective shin guards as other countries eventually compensate for the Title IX-based advantages afforded to American girls and women for the past 44 years.