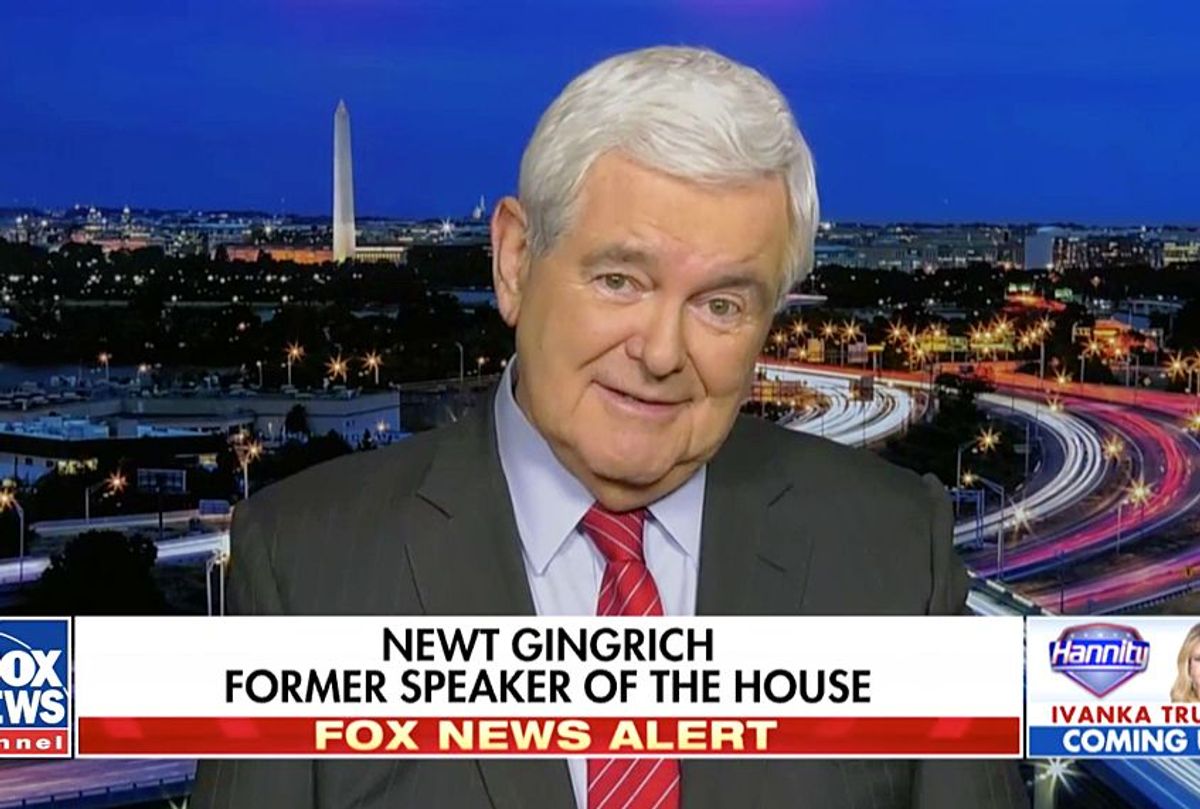 Hannity asked Gingrich for his reaction to a speech Waters had delivered in which she referenced the late legendary boxer and political activist Muhammad Ali and said she hoped to "take out" Trump.

"Well first of all, I am guessing her reference to Muhammad Ali is a reference to boxing, and so, she meant it in the sense of hitting, you know — hitting in the ring," Gingrich responded. "First of all, let me just say — you'd never get it to happen, but the idea of a round between her and Donald Trump is pretty interesting."

"I think he would probably win in the opening half minute," Gingrich added.

"Oh, sure," Gingrich added, as the two continued to laugh.

Even though Hannity had reminded him that the jumbo-sized president would indeed not strike an average-sized woman, he continued entertaining what for him appeared to be a delicious notion. "Yeah, but if he was confronted with her, he would be very pleasant until she hit him, and the second she hit him, he would knock her down. I mean, let's be honest here, this is crazy."

Gingrich denied that he had implied that and instead pinned more blame on the left.

"No — look, my point is this, the left — I mean, I did this interview with a reporter the other day," Gingrich explained. "And I cut him off and I said, 'You know, you have a pathology. I can't answer your questions, because you are pathological.' And he was totally stunned and said 'What do you mean?' I said, 'You are so anti-Trump, you are not in touch with the real world.'"

Waters has been a common target for Fox News and figures on the right, such as when the disgraced former network host Bill O'Reilly offered a hollow apology after making fun of her hair.