Corker and Trump exchanged insults on Twitter, continuing a feud that has lasted two weeks 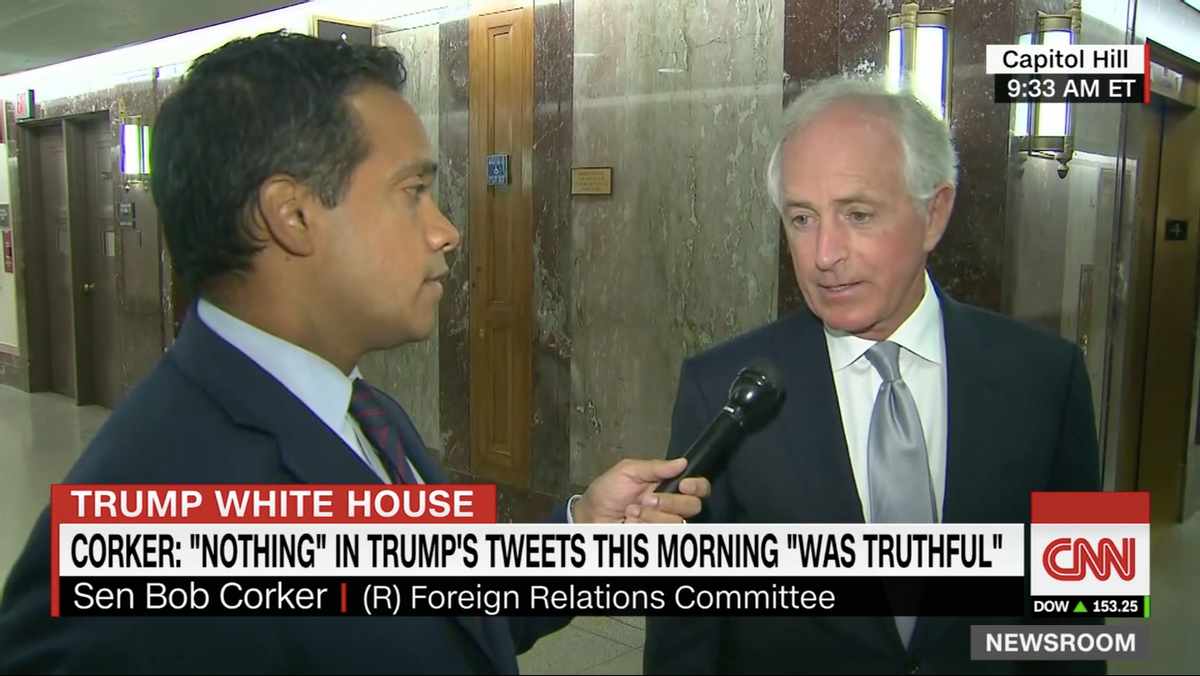 The war of words between President Donald Trump and Sen. Bob Corker has not ended. The two prominent Republicans exchanged insults e Tuesday, ahead of a meeting between White House officials and GOP senators.

Trump began his morning Tuesday attacking Corker on Twitter, claiming that the Tennessee senator was not even fit to be an "elected dog catcher."

It was the continuation of a feud that began two weeks ago, when the president asserted on Twitter that Corker only decided to retire from Congress after Tump refused to offer his endorsement. Corker told reporters that it was Trump, in fact, who offered the endorsement. Responding to the lie from Trump, Corker called the White House an "adult day care center" in a tweet and suggested someone had "missed their shift." Instead of burying any bad blood between the two, Trump repeated his previous claim Tuesday, tweeting that Corker chose not to run after failing to receive an endorsement.

...Corker dropped out of the race in Tennesse when I refused to endorse him, and now is only negative on anything Trump. Look at his record! — Donald J. Trump (@realDonaldTrump) October 24, 2017

Isn't it sad that lightweight Senator Bob Corker, who couldn't get re-elected in the Great State of Tennessee, will now fight Tax Cuts plus!

Sen. Corker is the incompetent head of the Foreign Relations Committee, & look how poorly the U.S. has done. He doesn't have a clue as.....

...the entire World WAS laughing and taking advantage of us. People like liddle' Bob Corker have set the U.S. way back. Now we move forward! — Donald J. Trump (@realDonaldTrump) October 24, 2017

CNN's Manu Raju caught up with Corker in the Senate hallways immediately after the tweets, resulting in political theater the U.S. has rarely seen.

"Nothing that he said in his tweets today were truthful or accurate," Corker said. "And he knows that ... Everything he said today was absolutely untrue."

"The president, uh, has great difficulty with the truth on many issues," Corker added. "Unfortunately, I think world leaders are very aware that much of what [Trump] says is untrue. Certainly people here are, because these things are provably untrue. I mean, they're just factually incorrect."

Corker clarified again that Trump offered his endorsement four times, and encouraged him to pursue re-election.

Asked if he would back Trump for his own re-election in 2020, Corker hinted that the answer is no. "He's proven himself unable to rise to the occasion," he said.

Having won the battle on TV, Corker did take to Twitter to take a swipe at the president.

Trump planned a lunch with GOP senators for Tuesday so that they could focus on taxes reform, the Associated Press reported. It appears he already lost one ally in the room.