Why is Saudi Arabia suddenly so paranoid?

Saudi Arabia used to refrain from involving itself directly in the affairs of its neighbors, but that's changed 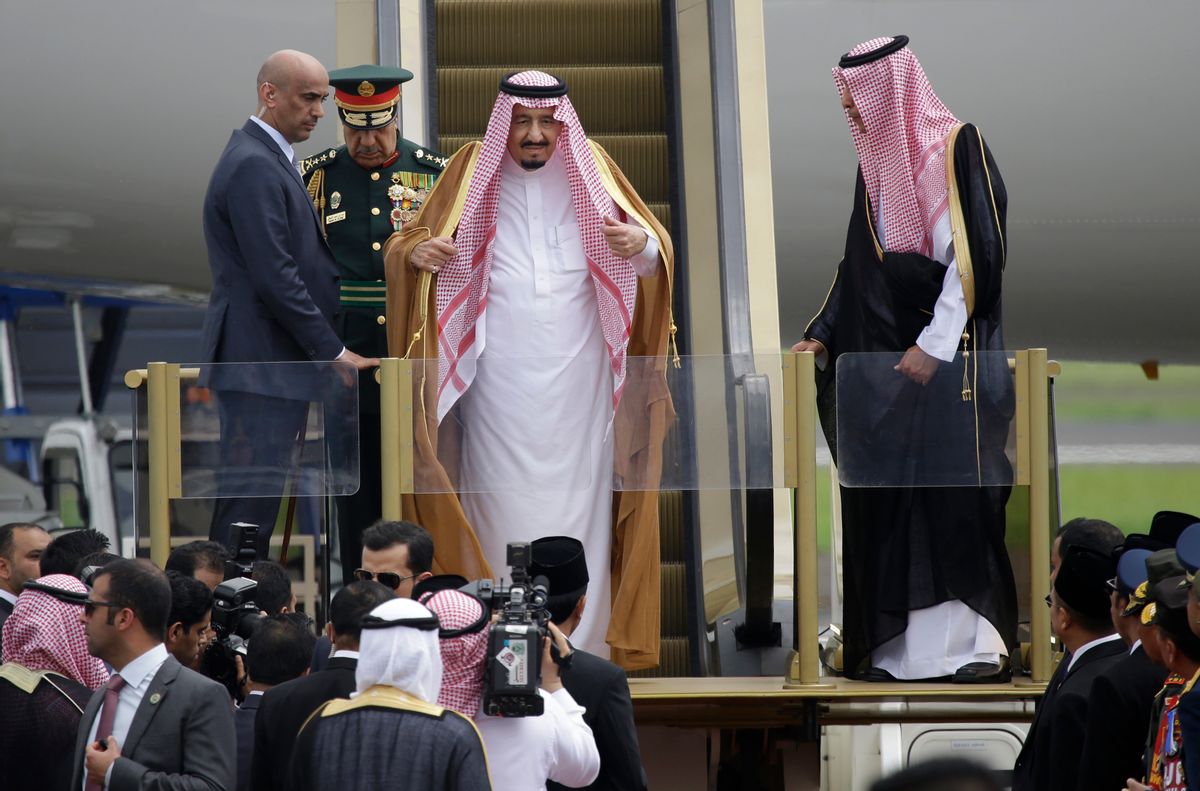 In the past, Saudi Arabia depended upon its enormous oil wealth and the United States for its security. It used the former to buy friends and pay off enemies and potential enemies. It used the latter to guarantee its survival. With a few exceptions, Saudi Arabia did not involve itself directly in the affairs of its neighbors.

Over the course of the past decade, however, that has changed. Saudi Arabia intervened militarily in Bahrain and Yemen. It helped finance the 2013 coup d’état launched by Abdel Fattah el-Sisi in Egypt. It has supported insurgents in Libya and Syria and put together an international coalition purportedly to fight terrorism. And it led the Gulf Cooperation Council’s campaign against its tiny neighbor, Qatar.

Why the sudden change?

Based on recent developments, it is evident that Saudi Arabian officials assume that they can no longer depend on their traditional security safeguards of oil and U.S. might. They seem to imagine that the only guarantee for their security is their own muscular response.

As a historian of the modern Middle East who has researched and taught about the region for over 30 years, I believe there are three causes for the shift in Saudi Arabia’s security stance: the Arab uprisings of 2010 and 2011, the policies of the Obama administration and the collapse of oil prices.

Furthermore, the Saudis feared the uprisings would open the way for the expansion of Iranian influence throughout the region. That led to the Saudi intervention into Yemen, where they believe the Iranians have meddled. In reality, local grievances, not Iranian meddling, precipitated Yemen’s current civil war. Saudi Arabia made the same accusation with regard to Bahrain, although a royal commission appointed by the king of Bahrain failed to find any evidence of Iranian subversion there.

Just as serious for the Saudis, the uprisings threatened to empower Muslim brotherhoods and Muslim-Brotherhood-style movements throughout the region. The Saudi royal family believes this movement provides a model for reconciling religion and politics that competes with its own vision of the proper relationship between the two. While the brotherhoods have linked religion and politics, the Saudi royal family has sought to distance one from the other to prevent the emergence of potentially destabilizing Islamist movement. This has been the royal family’s survival strategy since 1932.

At the behest of Abdulaziz ibn Al Saud, the founder of the current Saudi state, Saudi religious scholars have emphasized the doctrine that Muslims should passively obey their leaders so long as those leaders are also Muslim. That is still their position.

The Saudis were outraged by what they claimed was American support for the Arab uprisings. While the American government was, in fact, ambivalent about the uprisings because friendly autocrats have furthered American interests in the region since World War II, the Saudis were outraged that the United States did not give its unconditional support to the authoritarian governments it had long supported.

This brings us to the second reason for Saudi paranoia and assertion in the region: the Middle East policy of the Obama administration.

Obama sought to reverse the fixation of his predecessor, George W. Bush, on the Middle East. He believed that the United States should focus its attention on East Asia, where the global future will be determined, not on a region as conflict-prone and economically stagnant as the Middle East.

And so Obama was looking to reduce America’s commitments in the region and resolve or at least smooth over conflicts so that the United States could turn its attention elsewhere. This is one of the reasons why he signed the Iran nuclear deal and tried to restart Israeli-Palestinian peace talks. Most of all, he sought to have American allies take more responsibility for their own defense.

Obama’s grand strategy, however, made America’s traditional allies in the region fear abandonment. The Saudis found his comment that they would have to learn to “share the neighborhood” with Iran particularly horrifying.

The final reason for Saudi paranoia has to do with the collapse of oil prices. From June 2014 to April 2016, oil prices dropped 70 percent for a variety of reasons, including a glut in the market, alternative sources for fuel and conservation.

Most economists think the price of oil will rebound, although not to peak levels. But this hasn’t prevented oil-producing states from following the advice of the International Monetary Fund to take steps to diversify their economies.

Saudi Arabia has been particularly receptive to IMF entreaties. In spring 2016, then-Deputy Crown Prince Muhammad bin Salman unveiled a plan titled “Vision 2030.” “Vision 2030” is hardly innovative. It includes a list of the same tired free-market recommendations that have been applied internationally since the 1970s.

The plan calls for privatizing government assets, including education and 5 percent of the national oil company, Saudi Aramco; reducing and targeting subsidies on oil, electricity and water; introducing an income tax; and creating 450,000 new private sector jobs, among other proposals.

The odds that Saudi Arabia is capable of transforming its economy to become globally competitive in 13 years are not high. This would mean, among other things, discarding the most effective tool the Saudi government has to gain that population’s consent — buying it. When the Arab uprisings threatened to spread to Saudi Arabia, for example, the Saudi government distributed US$130 billion worth of grants to its population to maintain their loyalty. It would also mean ensuring a free flow of information in a country in which transparency on all levels of governance and commerce is rare. In 2017, Saudi Arabia ranked 168th out of 180 countries surveyed in terms of press freedom. Finally, it would mean changing attitudes toward work in a country in which women make up only 22 percent of the workforce — compared to close to 40 percent globally — and foreigners literally do all the heavy lifting.

Muhammad bin Salman has already had to back away from some of the proposals outlined in “Vision 2030.” It is unlikely this vision will be any more successful than Saudi Arabia’s failed Yemen war, for which the crown prince is also responsible.