For many, nursing has become a promising career path 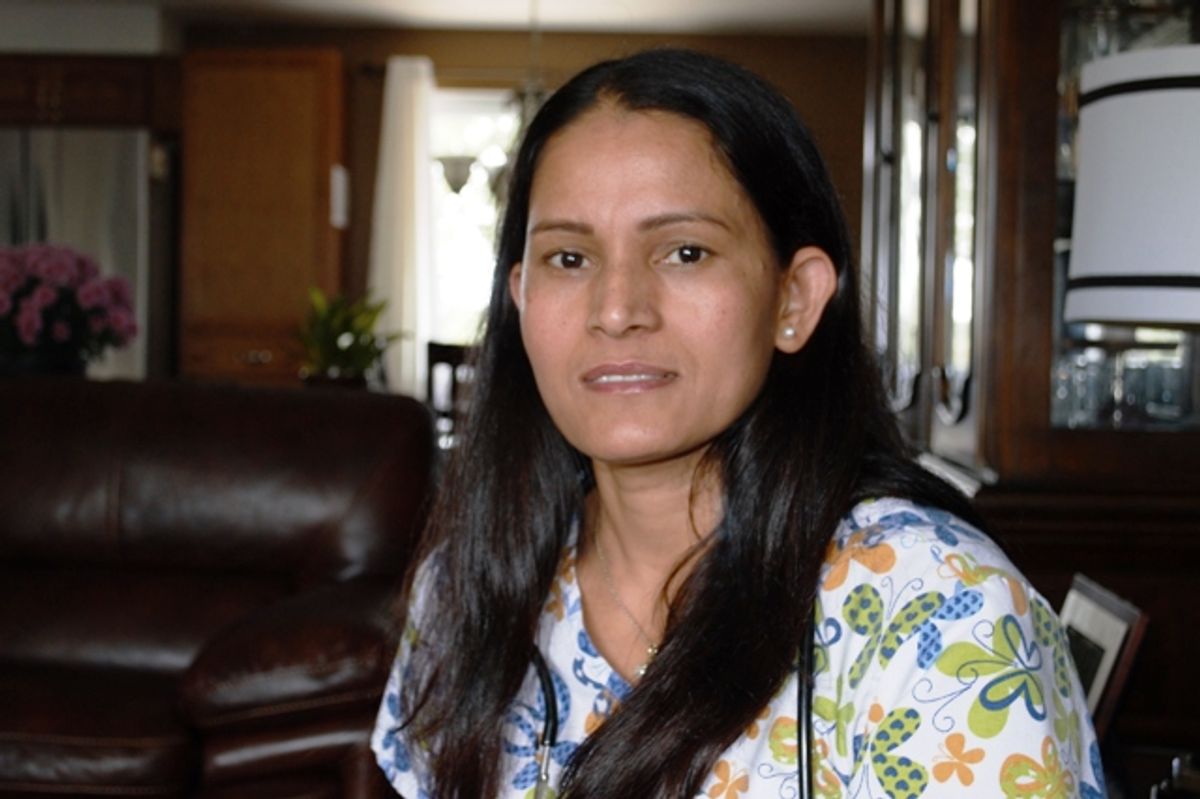 Over tea in her home in Pittsburgh’s South Hills, Kamala Neopaney and her husband recall their childhood in Bhutan.

Her husband Kul looks out the window above the kitchen sink. “Pittsburgh looks a little bit like Bhutan,” he said.

Neopaney, 39, leans against the smooth island countertop, adding, “We actually met in a refugee camp in Nepal.”

In the early 1990s, the Bhutanese government began to ethnically cleanse certain groups — akin to the recent situation in Myanmar’s Rakhine state today. Neopaney’s family fled to Nepal when she was 13 years old. She lived in a refugee camp there for nearly 20 years.

“When you would try to get out of the refugee camp and work with the outside communities, the way they treated you and looked at you, it didn’t feel good,” Neopaney said.

Neopaney’s husband and her two children, now ages 8 and 16, were fortunate to be resettled in the U.S. — first in Phoenix, and then they moved to Pittsburgh’s South Hills, where a Bhutanese community has been growing since 2008.

Neopaney, like other Bhutanese in Pittsburgh, has since found her place working as a nurse for one of the city’s two large hospital systems.

“I think one of the reasons [is refugees and immigrants] can go to a community college and not be under that student loan [debt]. It’s easy to find job. There are so many hospitals in Pittsburgh,” Neopaney said.

She works in the antepartum unit at Magee Women’s Hospital, part of the University of Pittsburgh Medical Center hospital system, Pittsburgh’s largest employer. Three members of the Bhutanese community who also graduated alongside her from the Community College of Allegheny County nursing associate’s degree program work at the hospital as well.

Bishnu Timsina, of the Refugee Youth Employment Program, said she can’t pinpoint an exact number of Bhutanese nurses in Pittsburgh, but she sees a trend in her social circle and work. As a member of the resettled Bhutanese community, she personally knows twelve women who’ve gone into nursing. In her role in youth employment for the resettlement agency Jewish Family and Children Services, she hears interest in the occupation from the kids.

Since 2008, the U.S. State Department has resettled more than 2,000 Bhutanese refugees in the Pittsburgh area. Today, approximately 5,000 Bhutanese live in the city, according to the Bhutanese Community Association of Pittsburgh. Discerning the exact number of second-wave migrants — meaning family members and friends who’ve followed others to Pittsburgh from other U.S. cities — is difficult, says Kunti Gurung, of BCAP.

But Gurung has heard of the nursing career path trend in the community. “In my view, most of them are targeting toward the medical field so they can have a good job,” she said.

In true immigrant-story fashion, when asked if her daughter was thinking of a career path in nursing, Neopaney says her daughter will reach higher. She could be a nurse “without a problem,” Neopaney said, but the two have been visiting colleges known for biology — in case her daughter decides to attend medical school.