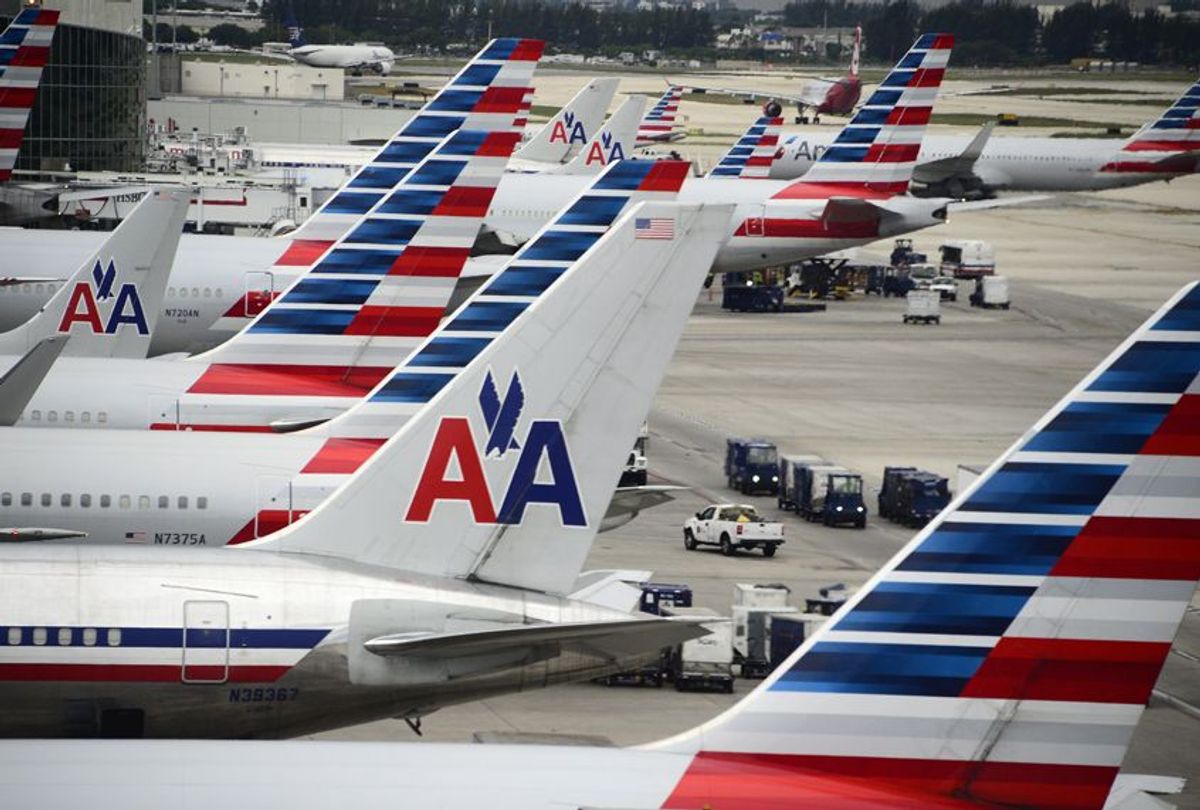 Following "a pattern of disturbing incidents," The National Association for the Advancement of Colored People (NAACP) announced a travel advisory warning travelers, African-Americans in particular, about flying with American Airlines.

"The NAACP for several months now has been monitoring a pattern of disturbing incidents reported by African-American passengers, specific to American Airlines," the advocacy group announced on Tuesday.

"In light of these confrontations, we have today taken the action of issuing national advisory alerting travelers — especially African Americans — to exercise caution, in that booking and boarding flights on American Airlines could subject them disrespectful, discriminatory or unsafe conditions."

ALERT "@NAACP is issuing a travel advisory on @AmericanAir." - @DerrickNAACP,

It's not the first time the NAACP has issued a travel advisory. In August, the organization's Missouri chapter warned people of color, members of the LGBT community, women and those with disabilities to "travel with extreme caution" throughout the entire state because "they may not be safe," as Salon previously reported.

American Airlines CEO, Doug Parker, responded on Wednesday in a memo to employees in which he said he expressed willingness to meet with members of the NAACP.

"We do not and we will not tolerate discrimination of any kind," Parker wrote in the memo, NBC News reported. "We have reached out to the NAACP and are eager to meet with them to listen to their issues and concerns."

"Our team members – a diverse community of gate agents, pilots, and flight attendants – are proud to serve customers of all backgrounds," Gilson said. "Every day American is committed to providing a positive, safe travel experience for everyone who flies with us."

The incidents that sparked the travel advisory were "reported by African-American passengers, specific to American Airlines," the organization said. "The series of recent incidents involve troublesome conduct by American Airlines and they suggest a corporate culture of racial insensitivity and possible racial bias on the part of American Airlines."

There were at least four specific instances that raised these concerns, including one in which an African-American man had to forfeit his seats after he had "responded to disrespectful and discriminatory comments directed toward him by two unruly white passengers," the group said.

In another incident, an African-American woman claimed that she had been downgraded out of  first class "to the coach section at the ticket counter, while her white companion remained assigned to a first-class seat."

"All travelers must be guaranteed the right to travel without fear of threat, violence or harm," said NAACP CEO and President Derrick Johnson.

The travel advisory is in place as of Tuesday, Oct. 24 and will remain effective until further notice.