Republicans are in disarray. But if they can only come together to cut taxes! 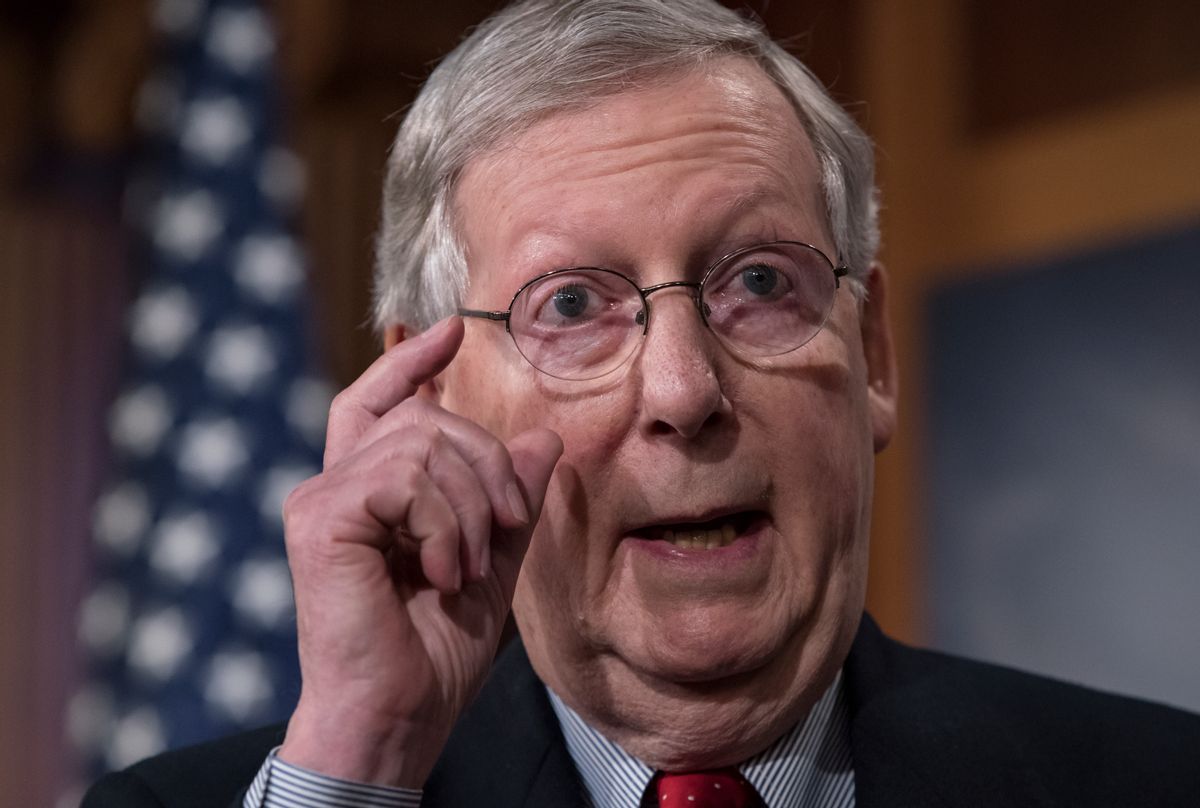 The Republican Party was dealt a major blow Tuesday, as Sen. Jeff Flake announced his intention to retire — a major win for the influential conservative fringe — but for Senate Majority Leader Mitch McConnell, the only real concern right now is tax reform.

“There’s a lot of noise out there,” McConnell said Tuesday. “Tax reform is what we are about.”

Flake's speech Tuesday on the Senate floor was one of the most surreal episodes of the Trump era. Never before has a senator criticized the president of his or her own party with such disdain and indignation.

Despite the fact that President Donald Trump was now in an open feud with two prominent Republicans — Flake and Tennessee Sen. Bob Corker — McConnell glanced over the speech as if it never happened.

"We're here to try to accomplish things for the American people," McConnell said. "We're all on the same page. If there's anything all Republicans think is important to the country and to our party, it is comprehensive tax reform."

"Tax reform" is of course parlance for tax cuts. Never one to refrain from pushing tax cuts, McConnell and the GOP revealed Tuesday that it would ignore a call for normalcy as long as the politics played out. The Republican Party seemed willing to risk an internal war over a brand of conservatism defined by the president's own brashness and ignorance.

It was this ideology that Flake called out in his speech Tuesday.

“We must never regard as normal the regular and casual undermining of our democratic norms and ideals. We must never meekly accept the daily sundering of our country,” Flake said.

“And when such behavior emanates from the top of our government, it is something else: It is dangerous to a democracy. Such behavior does not project strength because our strength comes from our values." he added. "It instead projects a corruption of the spirit, and weakness.”

Flake was not giving a warning when he spoke these words. Trump has already hijacked the Republican Party and perverted it from within. Flake acknowledged as much on the Senate floor.

While Republican representatives wrestle with the shadow Trump casts over the party, they have already demonstrated that they are "all on the same page."

Everything is okay as long as they cut taxes.