You don’t cut taxes with two wars and 240,000 troops overseas

Republicans shed others' blood while looking out for their own 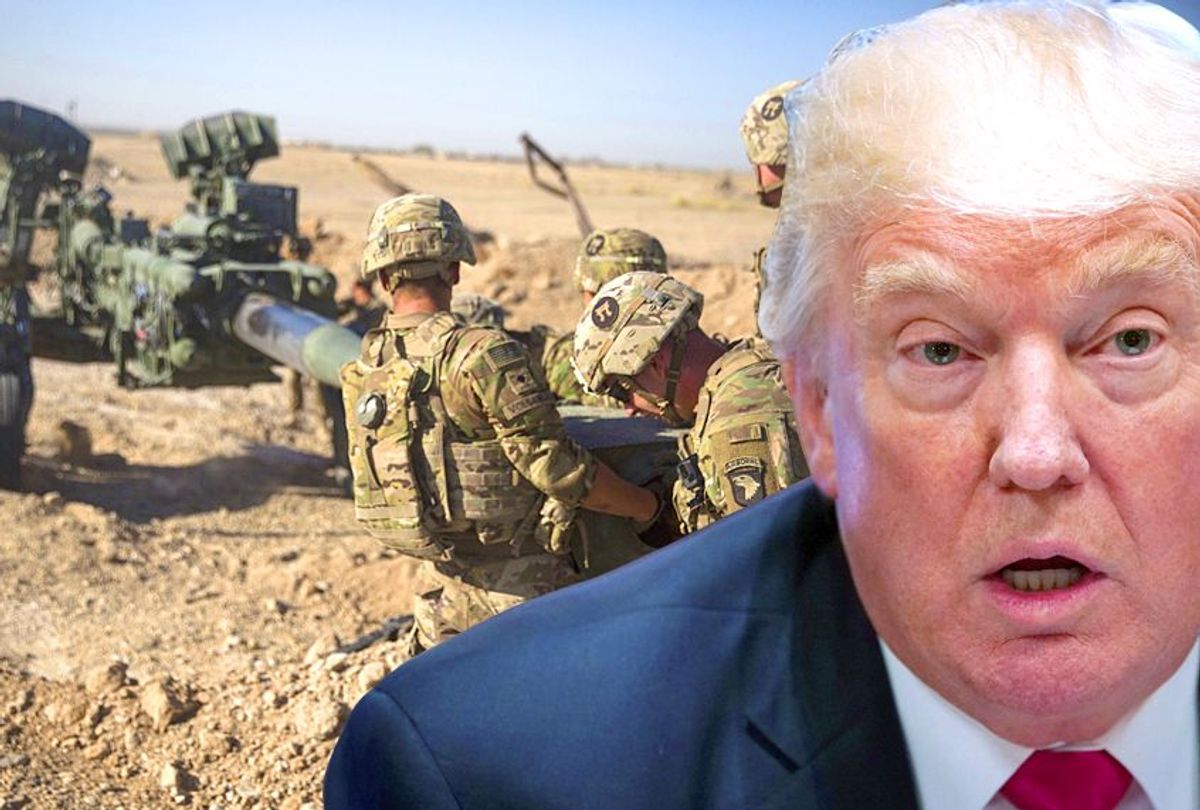 I’ve spent a lot of time recently trying to figure out when it was that Americans in large numbers began to take leave of their senses, and I think I know when it happened. It was on April 17, 2001, when the good citizens of the state of Mississippi voted in a special referendum on whether or not to replace the state flag, which included the “stars and bars” of the Confederate battle flag in about one third of its design. The referendum was preceded by a vigorous campaign by both sides, with the state’s business interests spending about $600,000 in favor of changing the flag, arguing that keeping the Confederate symbol would harm the state’s economic growth by deterring businesses from moving to the state.

I remember watching a story on one of the national evening news shows. The reporter was out in the Mississippi countryside, trying to get a sense of how the vote would go, when his news van passed a man standing by himself along the roadside holding aloft the state flag with the Confederate stars and bars. The reporter got out and asked him why he supported keeping the flag. It represented his heritage, he said. What about the symbol of the Confederacy on the flag, the reporter asked. Mercedes had announced it wouldn’t open a plant in Mississippi if they kept the current flag. What about all the jobs they would lose? The man said he’d rather have his flag than a job.

The vote was 64 percent to retain the flag, 36 percent against. Mercedes kept its pledge and stayed out of Mississippi. After South Carolina and Georgia removed the Confederate battle flag from their state flags, Mississippi became the only state in the nation to keep it.

A state took leave of its senses with that vote, and now we know what happens when a nation does the same thing: We get Trump for a president and a Republican majority congress that’s ready for a vote on a tax “plan” that is so fucked up it hardly bears discussion. To take only one example of many, it was recently revealed that Republicans in Congress are considering cutting the amount of money citizens can put aside for their retirement in 401(k) savings plans. This lovely little move would help “pay for” the more than $1.5 trillion tax cut for corporations and the wealthy that experts say could balloon the deficit by more than $2.2 trillion over ten years.

When I first heard they were considering this madness, I thought, oh, they’re probably going to cut the 401(k) contributions in half. But no. They are planning on cutting them by more than 85 percent. Today, you can set aside up to $18,000 of your hard earned income in your 401(k). Under the Republican tax plan, that amount would be reduced to $2,400. The recent populist noises the president has made, insisting he doesn’t want retirement savings plans to be touched are about as reliable as his campaign promises that he wouldn’t touch Medicaid, Medicare or Social Security, and would provide affordable healthcare for everyone with his repeal of Obamacare.

We could pick apart the insanity of the Republican plan, and you’ll hear these arguments made as the Republicans move their plan forward. But what you won’t hear is this one: you just don’t cut taxes when you have troops fighting in two wars and more than 240,000 of them are stationed overseas, many of them in harm’s way. (There are also another 38,000 American soldiers assigned to secret missions around the world). Trump’s budget proposal for 2018 pushes defense spending above $600 billion and includes proposed increases of nearly half a trillion dollars over the next decade. Where is this money going to come from when you’re proposing to cut taxes by $1.5 trillion?

Who knows where the rest of our soldiers are serving in Africa? Hell, we didn’t know we had anybody in Niger until a few weeks ago when four U.S. Special Forces soldiers were killed in what is being called an ambush, apparently by ISIS fighters. We don’t know what our soldiers are doing in Yemen, where according to the U.N., 16,000 Yemenis have been killed over the last two years in a civil war. We don’t know what they’re doing in neighboring Oman, but maybe their extensive oil reserves have something to do with it. We don’t know why we’ve got 1,000 soldiers in Niger, although its 500 million barrel oil reserves and mines with an eighth of the world’s uranium reserves might have something to do with it.

Those 36,000 troops in Germany? They’re not sitting there waiting for the Russkis to attack like they were during the Cold War. These days they are “forward deployed,” closer to hotspots than they would be at Fort Bragg or Fort Hood, waiting to be sent elsewhere. Same with the troops in Japan, waiting for Kim Jung-un to hiccup. AFRICOM, the forces command for the entire African continent, is headquartered in Stuttgart, Germany. For all we know, a couple of battalions out of Germany have already loaded onto C-141’s and C-17’s and are on their way to Niger.

We’ve got an entire armored brigade in Poland. What are they doing there? And with Poland’s proximity to Russia, whose side is Trump on? Hell, we don’t know what our troops are doing in the huge majority of the 172 countries they’re stationed in. The Pentagon doesn’t exactly volunteer that information, and Congress is so uninterested that neither of the Republican-led Armed Services committees knew anything about Niger until our soldiers were killed there. Now they’re madly organizing hearings and rushing to every microphone they can find on Capitol Hill to tell us how involved they are and how much oversight they’re going to exercise. That’s if they can keep enough of their members around long enough to do it. Bob Corker, Chairman of the Senate Foreign Relations committee, has announced he won’t seek re-election. So has Arizona’s Jeff Flake, who just happens to be chairman of the Subcommittee on Africa on the Foreign Relations Committee. Then we’ve got John McCain, whose health isn’t looking real good, who’s chairman of the Senate Armed Services Committee, and God only knows who else might decide that hanging around to watch Trump shred the Constitution and degrade our nation’s standing in the world to new all-time lows isn’t going to be too much fun, and decide to join them in the congressional lifeboat.

Bad things happen when people take leave of their senses. Whole states suffer economic setbacks. Whole countries suffer disgrace in the eyes of the world. But even though nothing can be done to stop our Twitterer in Chief from further debasing himself and the country, bodies like the Congress of the United States have real and consequential obligations when it comes to looking out for the soldiers who serve overseas, often at great risk to life and limb. You can’t take care of the troops by cutting taxes on rich people and wealthy corporations. It’s not a crime to lose your mind, but it is a crime to risk the lives of the 1 percent of our citizens who serve in the military, while you stuff the wallets of the other 1 percent of our citizens whose only risk to life would be if their Gulfstreams ran out of fuel and fell from the sky. You don’t cut taxes in time of war. You raise taxes and share the burden carried in our name by the soldiers, sailors and airmen serving overseas and fighting our wars.