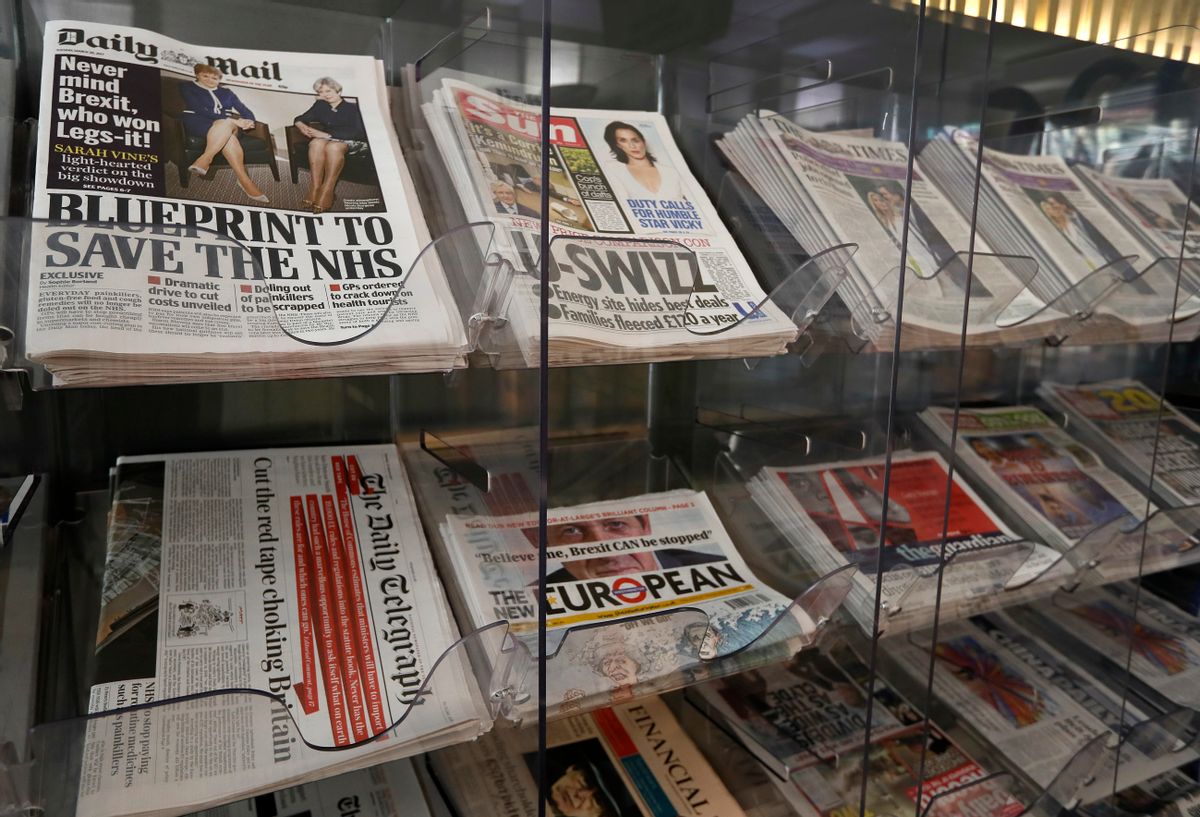 An innocuous letter encouraging Cambridge to add more black writers to its English literature curriculum has incited an outrageous response from two of Britains' major newspapers.

The Daily Telegraph, a right-leaning, London-based paper, published a story Wednesday about the campaign led by student Lola Olufemi — except the paper only included Olufemi's image on the front page along with an inaccurate description of her intentions.

Something v concerning about way Telegraph put only this young woman's pic & not more complex story on front page. As if to incite trolling pic.twitter.com/iVdSykYod2

The Telegraph claimed that Olufemi was trying to "replace white writers" with authors of color. Cambridge Senior Lecturer Priyamvada Gopal explained Wednesday, however, that the campaign only demanded more writers be added — not dropped — in an effort to decolonize the curriculum.

The Daily Mail, a right-leaning tabloid, also wrote a reactionary story on the letter, in which it criticized Olufemi's past writing on race.

Gopal told BuzzFeed News that she believed the media took a "fairly innocent, responsible, letter from students to stir up a racial panic."

"To me, it is actually staggering irresponsibility by the Telegraph and the Daily Mail to take a small-scale matter for the English department to consider and turn it into, what to me looks like incitement to race war," she said.

A spokesperson for Cambridge University told BuzzFeed News that the English department was "certainly not being forced" into complying with the letter's recommendation. "Cambridge works on academic discussion," the spokesperson said. "This proposal from students is at a very early stage in those discussions."

Cambridge released a statement following an outcry from students who felt Olufemi and her letter were being treated unfairly.

"While we can confirm a letter was received from a group of students taking the postcolonial paper, academic discussions are at a very early stage to look at how postcolonial literature is taught," the statement said. "Changes will not lead to any one author being dropped in favor of others."

"We condemn the related harassment directed towards our students on social media as a result of the recent coverage," the statement concluded.

The Daily Mail responded to BuzzFeed News' request for comment, saying, "We are aware many academics have little understanding of what free speech means, but Dr. Gopal’s suggestion that reporting this proposal is ‘stirring up a racial panic’, ‘incitement to race war’ and a ‘very ugly radicalised story’ would be outrageous, were it not so preposterous."