The president spends a lot of time complaining about the media, but he's also had 19 interviews with Fox News 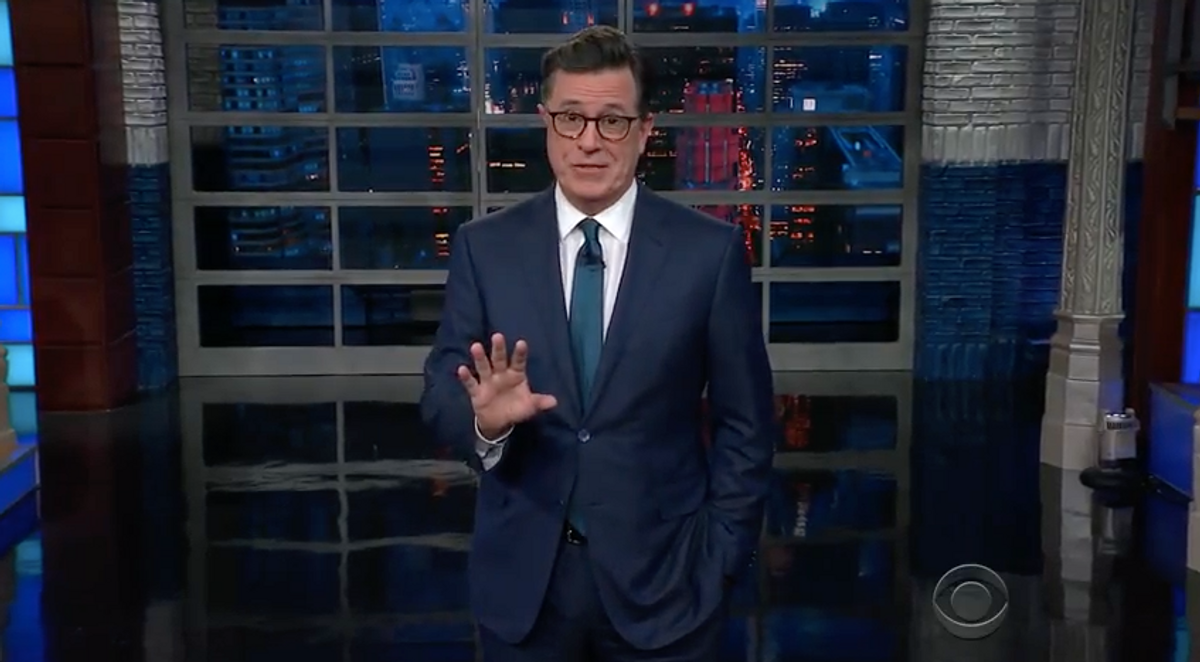 "Late Show" host Stephen Colbert is tired of President Donald Trump complaining about his coverage in the media.

"Folks, sometimes I feel sorry for Donald Trump, but not as often as he does," Colbert said to open Thursday night's show. Colbert pointed out how Trump constantly bickers about how the media treats him unfairly. So, on Wednesday night the president "unplugged, got away from it all and sat down for his 19th interview with Fox News."

This interview, Colbert said, featured a "full-blown rubdown from anchor, and unrefrigerated Lou Dobbs, Lou Dobbs," who may have spent more time praising Trump than asking him questions.

"In nine months in office, you’ve already accomplished more in the way of job creation," Dobbs told Trump. "The move in the equities markets has been extraordinary and record setting. All of the indexes, at or near record levels. You have accomplished so much in that nine months."

Colbert joked, "I'd say that Dobbs was lobbing softballs, but if that interview was any indication, he doesn't have balls."

"I’ve got to ask you, I mean, you’re one of the most — I would say, by the left particularly, reviled, even hated men to ever hold your post," Dobbs said.

Trump replied, "I would say so."

"You’re also one of the most loved and respected," Dobbs added. To which the president replied "I would say that also."

Colbert, realizing the absurdity of the situation, made a few tweaks. Here's how a Colbert-Trump interview could work.