Certain men have a powerful interest in portraying all males as sexual predators, and all accusations as lies 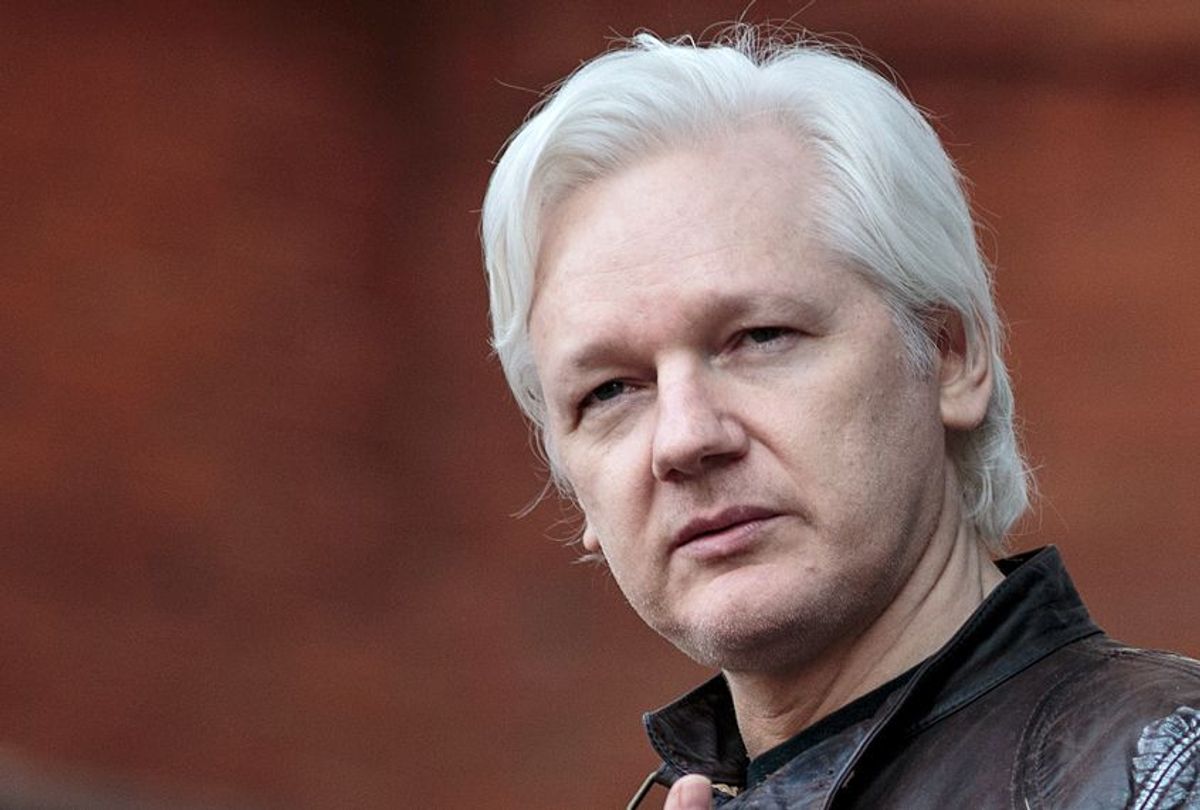 As the fallout from the Harvey Weinstein scandals continues to play out, and more women step forward with stories about men in entertainment and journalism sexually abusing them, a peculiar development has emerged: Two prominent men who have faced legal trouble after being accused of rape have injected themselves into the mix. Perhaps even more disturbingly, they are framing themselves as righteous crusaders for justice.

WikiLeaks founder Julian Assange, who has been hiding in the Ecuadorian embassy in London for nearly seven years after two women filed rape charges against him in Sweden, took to Twitter last week first to suggest that women who step forward are dishonest and have unsavory agendas:

"All I can say is thank god the Twittermob wasn’t around in the Old South: there would have been a hell of a lot more black men swinging from trees as tweeters said: ‘I believe the woman. He’s definitely a rapist. #metoo.’" https://t.co/RNDcDyQB6z

Then he returned to tweet this "helpful" advice to women:

Women, I will let you in on a male secret. Men know that constantly self-proclaiming male 'feminists' are often predatory sleaze bags. They are intensely disliked by other men because of their manipulative qualities and not, in general, because they are viewed to be sex traitors.

Then there's right-wing conspiracy theorist Mike Cernovich, who may not be aligned with Assange politically but joins him in intense hatred for Hillary Clinton. (Cernovich was charged with rape in 2003, although he successfully eventually negotiated the charge down to misdemeanor battery). He has threatened to publish the "Shitty Media Men" list, a set of anonymous accusations against journalists that has been circulating on internet back channels. He hasn't done that yet, but has been trolling feminist-minded journalists on Twitter, accusing them of covering up sexual harassment allegations.

Cernovich's self-righteous posturing is doubly peculiar in light of his history of being an obnoxious rape apologist. He has suggested that some women seek out abuse and once tweeted, "Date rape does not exist." He has also shared the enlightened opinion that a "true player" has a "25% chance of a false rape scare." He recommends texting with women after "abusing" them, in order to create a trail of evidence against them if they file assault charges. He also once tweeted, "The hotter the sex, the more closely it resembles rape."

With histories like this, one would think those two guys would just stay away from an unfolding story about sexual abuse, instead of presenting themselves as noble warriors for truth and justice.

It's a mystery that actually has a simple explanation. Cernovich's and Assange's actions are aimed at promoting a certain narrative about sexual harassment and sexual abuse: That all men do it and everyone knows about it, that no so-called adults actually care about it, and that anyone who expresses outrage about sexual abuse or sexual harassment is merely posturing for political or personal gain.

Jaclyn Friedman, the author of the upcoming book "Unscrewed: Women, Sex, Power, and How to Stop Letting the System Screw Us All," frames it directly. Guys like that believe "all men do it and it’s natural and/or that bitches lie," she told Salon.

“They don’t care about sexual assault or harassment," she added, noting that neither Assange nor Cernovich — or any of the right-wingers crowing over Harvey Weinstein's fall, for that matter — was interested in condemning Donald Trump after numerous similar allegations were made about him. "They care about whatever is useful to them as a partisan wedge.”

I'd go a step further: Assange and Cernovich not only don't care, they don't think anyone else does either. Cernovich accusing journalists of some massive coverup of sexual assault is effectively an act of performance art, a mockery of what he thinks other people do when they make abuse allegations: Pretending to be outraged to score political points.

It's not just Cernovich or Assange, as Friedman pointed out. The entire right-wing media that largely ignored or minimized allegations against Trump, Bill O'Reilly and Roger Ailes went all-out when it came to covering the Weinstein story. Fox News, for instance, has dedicated 12 hours over three weeks to coverage of the Weinstein scandal, but gave a scant 20 minutes over seven months to coverage of similar accusations against O'Reilly. Sexual harassment is only interesting to Fox News as a political weapon — the actual harm it does to real people matters not one little bit.

This notion that no one really cares about sexual abuse, and that people who make accusations are merely feigning outrage for political gain, is inextricably tied up in another myth: That it is a man's inherent nature to abuse women.

Friedman said she is frequently accused of "trying to criminalize male heterosexuality" when she gives public talks about the importance of affirmative consent, which is feminist jargon for an extremely simple concept: You should only have sex with people who want to have sex with you.

There's sadly nothing new about predatory men accusing their critics of bad faith and hypocrisy. Roman Polanski, who pled guilty to raping an underage girl in the 1970s and has also been accused of abusing three other women when they were minors, also likes to frame himself as the victim of hypocritical witch hunters who are just jealous of him.

Amis declined to play along, writing, "Not everyone wants to fuck young girls. One cannot hide behind a false universality: one cannot seek safety in numbers."

Modern day anti-feminists no doubt would accuse Amis of "virtue-signaling," rather than accept that it might just be possible that Amis really found the idea of raping young women to be unacceptable. It is the nature of the right-wing troll of the 21st century to scoff at the idea that anyone actually cares about all manner of immoral behavior, from sexual abuse to racism. Outrage at victimization, in the eyes of the alt-right crowd, is never more than a pose struck for financial, social or political gain.

It is worth noting here too that while Cernovich often claims to be an opponent of "false accusations", he himself is a false accuser. Cernovich, who has nearly 360,000 Twitter followers, was a major proponent of the clearly false Pizzagate conspiracy theory, which suggested that a sex trafficking ring was being run out of a Washington pizzeria, and that Hillary Clinton and other prominent Democrats were somehow involved.

Who knows whether Cernovich actually believes his own nonsense. Ultimately, it's irrelevant. #Pizzagate is just one small part of the larger alt-right project to reframing sexual abuse allegations strictly in terms of political point-scoring. How "true" or "serious" an allegation is, in this view, is entirely determined by whether you support or oppose the accused person.

Assange, Cernovich and Fox News have all, to varying degrees, promoted  this notion that charges of sexual misconduct are only important insofar as they can be used to attack political enemies. Truth is immaterial, let alone the actual suffering of actual women. It's like Trump tweeting "fake news!" at every factual news story he doesn't happen to like. The larger agenda here is a war on the concept of truth itself, as well as an effort to justify abusive behavior by claiming that everyone else is just as cruel, dishonest and shameless as you are.