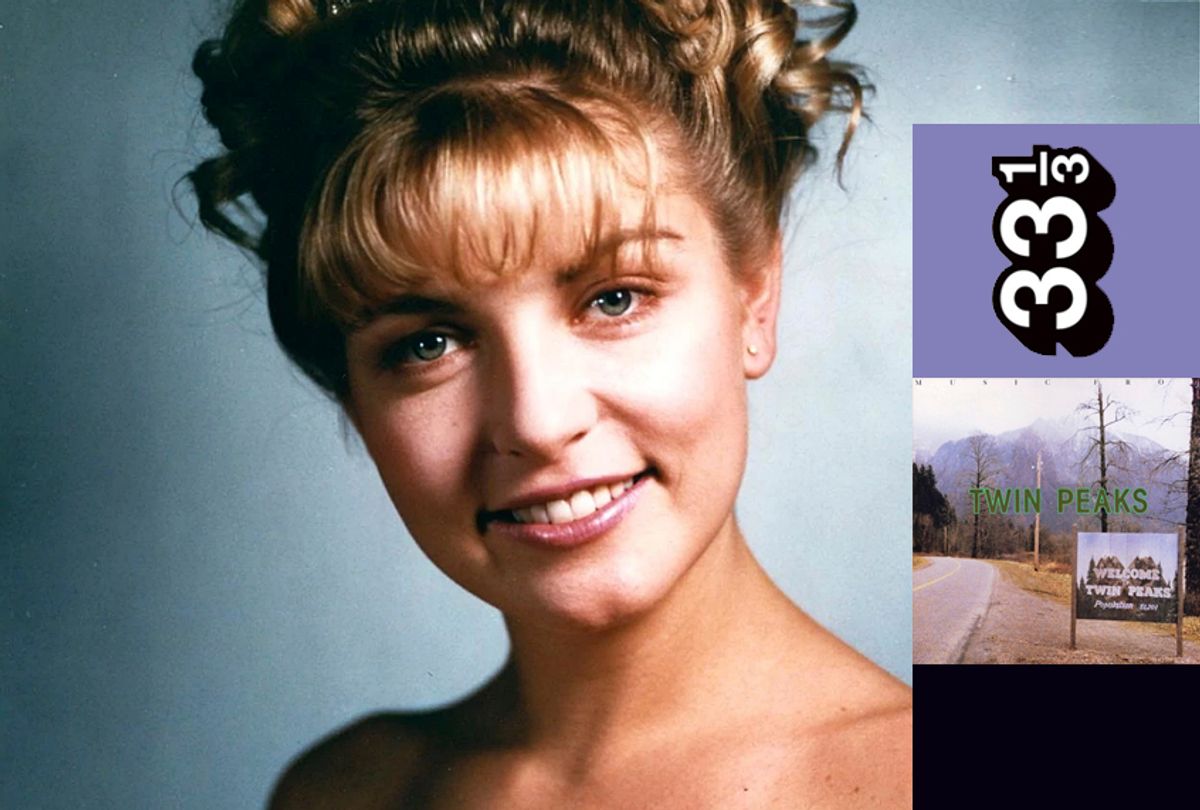 Though Lynch was not a formally trained musician, he had learned to speak about music in such a way that was musical, conveying to [composer Angelo] Badalamenti the sound he wanted for a piece through a few carefully selected words. From these words, Badalamenti was able to intuit the particular compositional elements required for a piece, such as its tonality or tempo. In late 1989, the pair were commissioned by the Brooklyn Academy of Music to stage two forty-five-minute performances as part of the line-up of that year’s Next Wave Festival. With only two weeks to write a theater piece, Badalamenti and Lynch worked quickly and came up with "Industrial Symphony No. 1": A “triple-exposure dream. A dream of the broken hearted. A dream about floating and falling and rising upwards.” Separated into three sections—“Love,” “Nature,” and “Industry”—Julee Cruise featured prominently in the “Love” section of the piece, performing songs from her Badalamenti/Lynch catalog and even being suspended in mid-air whilst singing “I Float Alone.” Bathed in light and wearing dresses that would not be out of a place at a mid-century high-school dance, it would be a similar role to the one Cruise would be seen playing in the pilot episode of "Twin Peaks" the following February.

Around the same time as the production of "Industrial Symphony No. 1," Lynch approached Badalamenti to compose music for a television show he had been working on. Describing the show as “'Blue Velvet' gone 'Peyton Place,'” Lynch explained to Badalamenti that he wanted to create a piece of music that would encapsulate the essence of the series. So, during one particularly special songwriting session, Badalamenti sat at his old Fender Rhodes piano in the dimly lit office he used as a studio while Lynch sat by his side, and the two composed a piece.

Lynch began by explaining to Badalamenti that the opening of the piece needed to be very dark and very slow, and that Badalamenti should imagine being alone in the woods at night surrounded by the sound of wind passing through the trees. Badalamenti began to play a repetitive C in the murky lower register of the Rhodes that lumbered on each beat as if it were part of a funeral procession. Soon an ominous motif that moved around the notes A-flat, G, and B-flat emerged, a little higher than the C. Badalamenti continued to repeat the motif for a little while until Lynch signaled that there needed to be a change in the music—a beautiful, sad girl was now beginning to materialize from deep within the darkness of the woods. Badalamenti’s motif then began to ascend, transforming into a beautiful melody that he complemented with a lilting accompaniment in the bass. As Lynch exclaimed that the troubled girl was getting closer and closer—each vocalization of “closer” becoming more and more ecstatic, more and more breathless—Badalamenti’s melody followed suit. It climbed further and further up the Rhodes, feeling unending, as if it would keep rising into oblivion. As Lynch reached fever pitch in his direction (Let it tear your heart out, Angelo!), Badalamenti finally allowed the melody to climax on a high E: Laura Palmer had arrived.

In just twenty minutes—one take—Badalamenti composed what was to become “Laura Palmer’s Theme.” Lynch loved what the composer had improvised, and implored Badalamenti not to change a single note: he had captured the spirit of the world that would become "Twin Peaks." “Laura Palmer’s Theme” appears in two variations on the soundtrack release as “Love Theme from Twin Peaks” and “Laura Palmer’s Theme,” providing the emotional compass for "Twin Peaks". Though the theme was conceived with Laura Palmer in mind and was initially anchored to her—appearing whenever she is mourned or when the circumstances around her death are discussed—it also took on a second life as the show progressed and new storylines emerged.

Badalamenti was approached to write further music for the show when it was decided that a "Twin Peaks" pilot episode would be going into production, and the personnel from the [Julee Cruise] "Floating into the Night" sessions were retained (with the addition of several other musicians) to record Badalamenti’s compositions. “Falling” had already been flagged in Lynch’s mind as the "Twin Peaks" theme song and it was reworked into an instrumental for the show’s opening credits. Using the original recording from the "Floating into the Night" album, Cruise’s vocal was omitted and replaced by Kinny Landrum performing its melody on his Emulator II synthesizer using a French horn sound.

“Twin Peaks Theme” opens with a bass hook accompanied by reverberant chords on a Rhodes piano and a faint cymbal ostinato by Grady Tate. There have been varying accounts as to the conception of the famous “twangy” bass hook. Cruise recalls that Vinnie Bell down-tuned his guitar to create the sound, whilst Eddie Dixon stated in a 2009 interview with "Twin Peaks Archive" that he performed the hook whilst working on "Floating into the Night." In Brad Dukes’ comprehensive oral history of the show, "Reflections," Badalamenti credits Landrum with coming up with the bass. According to Landrum, the sound was created using a retro guitar sample on his Emulator II synthesizer at the request of Lynch, who had wanted a “fifties” sound. Noticing that there was no bass part on the recording, Landrum performed the hook in a lower register to fill out the harmony and Lynch was immediately pleased with the results.

Regardless of its origin, the Duane Eddy-inspired opening of the "Twin Peaks" theme is incredibly effective in that it brings with it certain cultural associations. Eddy was a guitarist who came to prominence at the end of the 1950s through such hits as “Rebel Rouser” as well as his famous guitar riff on the theme for the television series "Peter Gunn" (composed by Henry Mancini). His unique sound was created by playing a lead melody on the lower strings of his guitar which resulted in his signature “twang.” Added to this was a tremolo device he used on his guitar that produced a “growling” effect. So synonymous was he with this sound that he even released a record called "Have ‘Twangy’ Guitar Will Travel" in 1958.

Eddy’s Gretsch guitar stylings and the genre of rock ’n’ roll and rockabilly they are associated with immediately signify the world of 1950s Americana to most contemporary listeners. This is owing to a multitude of films and television shows produced retrospectively that have been underscored with such music, resulting in audiences unconsciously bringing preconceived ideas of musical meaning whenever they subsequently encounter classic rock ’n’ roll or rockabilly music. It is because of these associations that listeners/viewers immediately make a connection to Americana the moment the first bass note of “Twin Peaks Theme” resonates from the soundtrack ether. And it is a connection that is warranted. The world of "Twin Peaks" celebrates cherry pie, saddle shoes, love songs, and surly bikers. It has its origins in the wholesome Americana of "Leave it to Beaver" and Lynch’s own 1950s childhood in Montana just as much as it does in the supernatural or the dark underworlds of 1940s film noir and gritty mid-century whodunits—a thematic ambivalence Lynch also navigated in "Blue Velvet." The theme’s subtle associations with Americana are further emphasized when it is coupled with the images of the rural Northwest shown in "Twin Peaks’" opening credits: a native wren, industrial smokestacks and machinery, and the town’s Welcome sign.