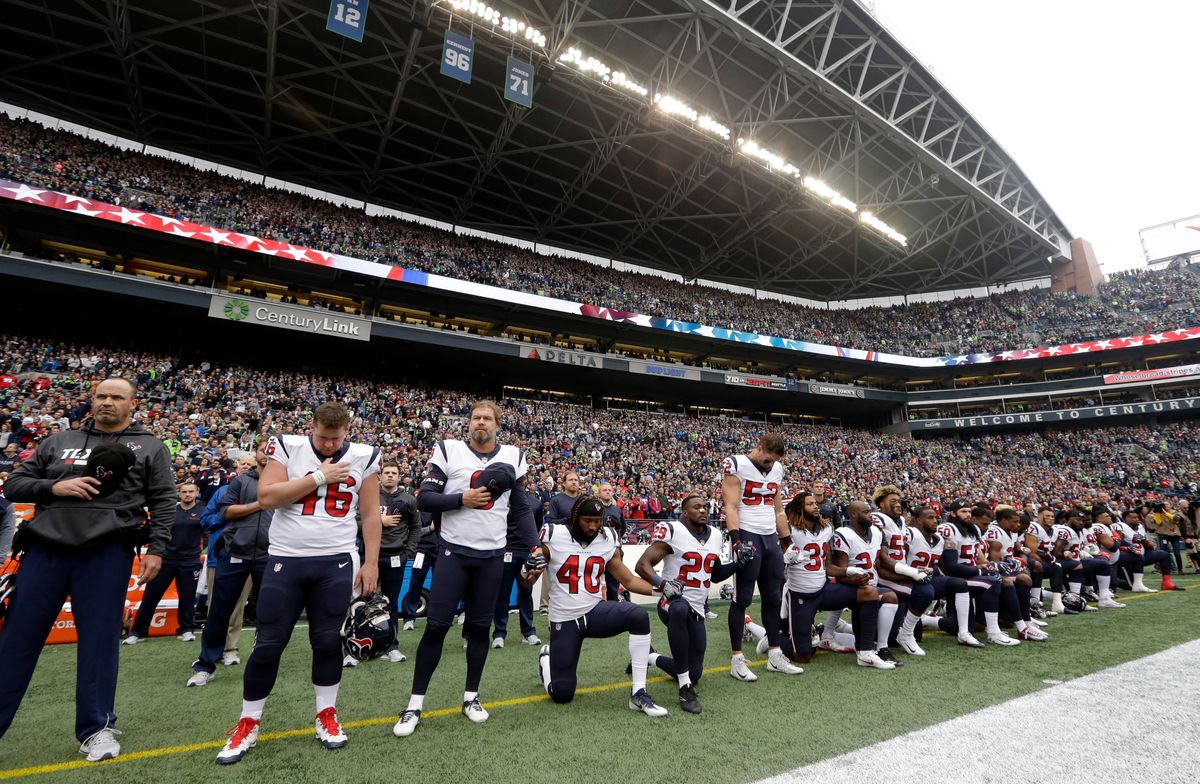 Houston Texans owner Bob McNair's off-the-cuff remark comparing NFL protestors to "inmates running the prison" had consequences. A majority of Texans players knelt Sunday during the national anthem, an act of unified dissent against their owner.

Only a handful of Texans opted to stand.

Most of the Houston Texans kneeled during the national anthem today pic.twitter.com/6KZt7oPcFQ

"I was referring to the relationship between the league office and team owners and how they have been making significant strategic decisions affecting our league without adequate input from ownership over the past few years," McNair tried to explain in a subsequent statement. "I am truly sorry to the players for how this has impacted them and the perception that it has created of me which could not be further from the truth. Our focus going forward, personally and as an organization, will be towards making meaningful progress regarding the social issues that mean so much to our players and our community."

Some players on the Texans were not at all forgiving towards their franchise's owner. Star wide receiver DeAndre Hopkins did not attend practice Friday, while others on the team considered a walkout.

“I think it angered a lot of players, including myself,” he told The Houston Chronicle. “To use an analogy of inmates in a prison, I would say that’s disrespectful.”

Rapper Jay-Z, who used to have a stake in the NBA's Brooklyn Nets, opined about McNair's "inmates" comment during a Saturday concert in California.

“That’s how they look at you,” Jay-Z said. “That’s exactly how they feel about you.”

Texans coach Bill O’Brien and the team’s general manager, Rick Smith, organized a players meeting late Friday, according to ESPN. The team released a statement from O'Brien after, saying, “‘It’s been addressed. I’m 100 percent with these players.’”

The Texans plotted a response to McNair, and that response was the doubling down on anthem protests.