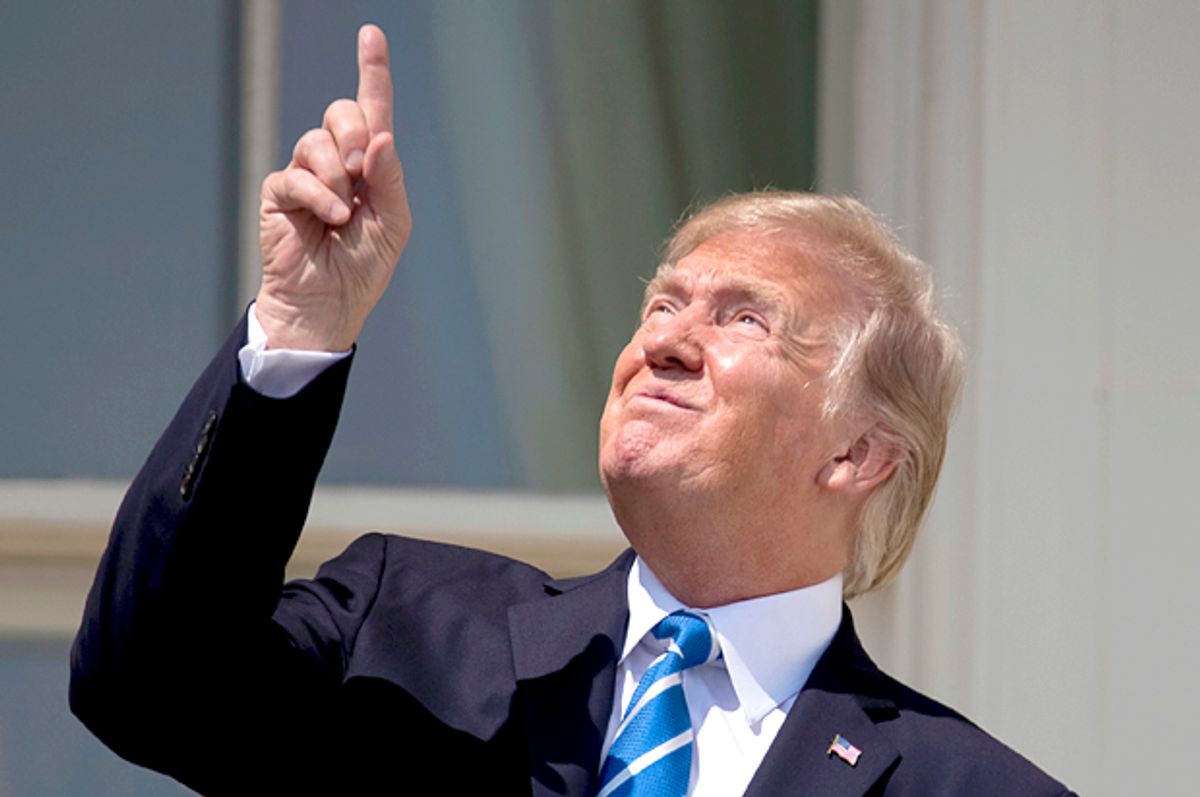 Contrary to what CNN's Chris Cillizza argued Friday, this has not been a good week for Donald Trump. The president hit a new low in the latest NBC News/Wall Street Journal poll following a dismal month headlined by Republican infighting and his administration's feud with the family of a fallen soldier.

Trump's approval rating fell to 38 percent in the Oct. 23-26 poll, while 58 percent disapproved of his job performance. Trump’s previous low came back in May when the national NBC/WSJ poll had his approval at 39 percent.

The president saw his biggest losses in the latest poll among independents, with only one-third continuing to back him. Last month, his support with independents held firm at 41 percent. He also lost support among white Americans, with most of the hemorrhaging coming from college-educated whites.

The 38 percent approval rating marks the worst in modern history for a president at this point in his presidency. Barack Obama was at 51 percent in October 2009, while George W. Bush was at 88 percent the October after the Sept. 11 attack. Trump's lack of support stems in large part from concerns over his role as commander in chief. On foreign-policy matters, Americans in the survey gave the president poor reviews. Only 35 percent approved of his handling of the role as commander in chief, while 53 percent disapproved.

People in the survey disapproved of Trump’s handling of North Korea and the Iran nuclear deal. By a margin of 45 percent to 24 percent, respondents of the poll indicated they did not appreciate Trump's stance on the nuclear deal with Tehran. Trump has threatened to pull out of the deal unless Congress can renegotiate a better deal.

Closer to home, Trump appears to be losing the optics battle in Puerto Rico. Some 29 percent approved of his handling of the disaster relief after Hurricane Maria, while 54 percent disapproved.