Beyond Harvey: Hollywood's mistreatment of women is bigger than one guy

In an industry where actresses over 40 mutilate themselves and disappear, one disgusting exec isn't the problem 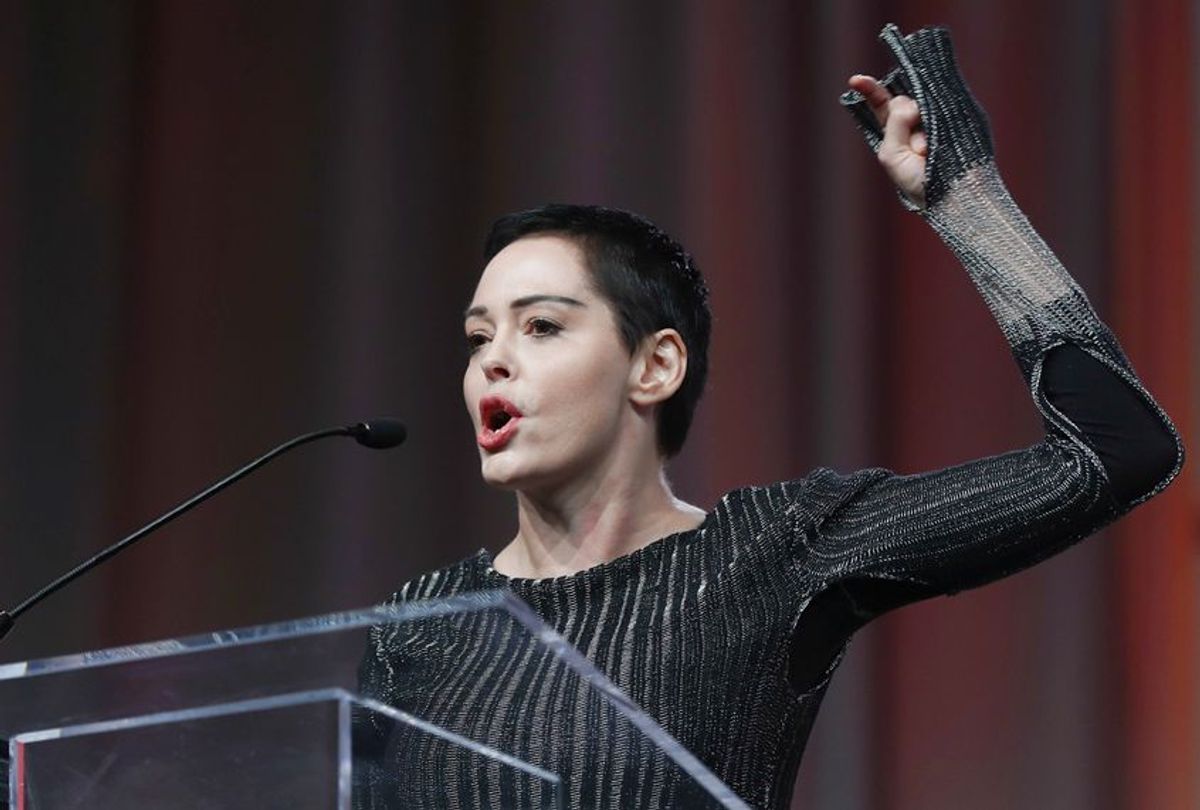 A disturbing new article in The New Yorker recounts the latest Harvey Weinstein sexual horror stories, this time told by actresses Annabella Sciorra and Daryl Hannah. Both women describe living in constant fear of the now disgraced Hollywood power player. After too many years of intimidation and silence, Sciorra and Hannah are the latest names to be added to a roster of at least 50 nightmarish incidents involving sexual assault and harassment of women who dared to, you know, get work as professional actresses in a town that’s clearly less liberal than it seems.

Given the recent news of sexual assault, it’s morbidly hilarious to me that corporate Hollywood continues to be characterized as ground zero for liberalism. While the industry is loaded with self-identified leftists and Democratic donors, it's really nothing more than a profit-driven town. "Liberal Hollywood" wouldn't exist without corporatism. And corporatism brings with it a brand of morally disconnected sociopathy not unlike what occurs on Wall Street or in boardrooms around the world where decisions are stripped of all humanity in the name of satisfying the bottom line. There are far too many women who are being squeezed by the industry -- women who are inescapably trapped between being gainfully employed and being relentlessly harassed and intimidated in the process of pursuing their life’s work.

A few years ago, Patricia Arquette made national news by calling for wage equality and equal rights -- presumably meaning the revival of the Equal Rights Amendment -- when accepting her supporting-actress Oscar for "Boyhood." Since then, not much has changed to ameliorate the concerns of Arquette and other feminists who deserve more from the industry that has exploited and, in some cases, severely damaged them for profit.

A 2016 study for the Annenberg School for Communication and Journalism at USC concluded that of all the characters in American film who were 40 years or older, only 21 percent were women. Out of 11,306 characters across all entertainment media, including broadcast, cable and streaming, there are two male cast members for every female cast member.

In liberal Hollywood, this observation by study co-authors Stacy L. Smith, Marc Choueiti and Katherine Pieper speaks to a sad reality: "Film was less likely than broadcast or cable to show women 40 years of age or older. Streaming was the most likely, with females filling 33.1 percent of roles for middle age and elderly characters." Furthermore, even though women are grotesquely underrepresented, they're most often sexualized on screen, be it with "sexy clothing" or "nudity" or being characterized as "physically attractive." (We probably didn't need study data for that one.) Among nude scenes in film, 33.4 percent feature female nudity, while only 10.8 percent feature male nudity. Oh, and regarding the corporate climate in the movie industry, only 19 percent of studio board-members are women.

Yes, we all have our contradictions. As a student of film with close friends who work in the industry, I’m not indicting all of Hollywood here. But the alleged liberalism of that town clearly doesn't include one of the major tenets of the left: racial and gender equality. Given the numbers in the Annenberg study, Hollywood isn't really even trying. I suppose over a long enough timeline reaching back to the early part of the 20th century we can track some progress toward equality, but in 2017, there's no excuse for this unforgivable level of sexism to exist, especially in the information age when feedback is immediate and everyone is a critic.

So how are women in Hollywood expected to wrap their heads around the demands of the industry?

We're not breaking any news by observing that creative people, especially actors, are vain and insecure about their physical appearances. If you or I saw our faces blown up and projected onto a screen the size of a small building, we might be too. Every imperfection becomes exponentially magnified, even on small screens, which, in the age of 4K resolution, DVR freeze-frames, plasma and flat-screens, aren't so small any more.

Amplify these understandable insecurities with an industry that demands visual perfection and has consistently refused to cast women -- and only women -- who happen to be older than 40. Robert Downey Jr., who plays Iron Man, is 52. Ben Affleck, the latest incarnation of Batman, is 45. It's not exactly breaking news that when female actors come even close to that age, they're virtually set afloat on ice floes to die slow deaths at sea, while much younger actresses are cast as middle-aged men's love interests. One reason why Patricia Arquette made it to an Oscar acceptance speech at age 47 is that she was cast by an indie director, Richard Linklater, in a highly unorthodox project.

Another byproduct of this industry that demands physical perfection of its women has been the macabre cosmetic surgery industry. One female actor after another has semi-voluntarily shoved herself into the surgical meat grinder in order to continue working -- often making themselves look worse than they did before. We've seen the results time and time again: A-list actresses have been unfairly shamed and ridiculed for plastic surgery "disasters" by the same observers who ridicule other 40-plus women for looking too old. It’s a heartbreaking no-win scenario for even the most powerful actresses in town. Indeed, there are hardly any 40-plus women in Hollywood who have successfully navigated around the unspoken demand for size-zero clothing and unnaturally smooth faces.

Facial features such as lines and contours that define the character and personality of the human face, male or female, while projecting subtle emotions, are routinely obliterated with Botox and dermal fillers, resulting in a puffy, frozen, catcher's-mitt appearance. Eyes are blown out with brow-lifts and blepharoplasty -- the flesh above the eyelids is removed, fabricating a permanently disturbing button-eyed, surprised expression. And then there's the almost medieval series of facelift procedures in which strips of skin are cut out around the ears or within the hairline and the flesh of the cheeks, jowls, neck or forehead is pulled back and sutured to a degree at which otherwise sublimely interesting faces become unrecognizable and unnatural.

Outside Hollywood too, women over 40 in all walks of life are subjected to hectoring and coercion by the practically unattainable standards of pop culture. These standards are extensions and reflections of generalized male superficiality when it comes to female beauty. Yet average American women often can't afford the same top-shelf doctors found in Hollywood, and end up with results of a less-than-Hollywood quality, underscoring the maxim that we get what we pay for. In this regard, the Hollywood demand for surgery literally bleeds out to women of all walks of life, whether or not they can afford it.

While no phenomenon this complicated is caused by just one factor, it should be obvious to rational observers that male dominance in Hollywood and the clear-as-day misogyny that goes along with it are, in tandem, damaging the health, welfare and self-esteem of women both inside and outside of Hollywood.

It's easy to say that cosmetic surgeries are voluntary, but are they really? When careers and livelihoods are at stake, is it a mandatory, unavoidable job requirement? Is it voluntary when women are verbally bombarded by sexist men who are constantly "splaining" about everything from their age to the clothes they choose to wear to makeup and diet? In the 21st century, there are literally millions of American men, many of them self-identified liberals, who feel entitled to break the news to women that they’re losing their feminine value after they turn 40. Many of these trolls are men over 40 themselves, whose erectile reliability and testosterone levels are falling, and who are consoling themselves by humiliating women. Sorry, guys.

The way Hollywood manhandles, exploits and, yes, mutilates women for profit isn’t exclusive to the film industry. But its real-life horror stories are more visible and its contradictions more glaring. If gender equality and the basic ideal of fairness are impossible to achieve in what is allegedly the most liberal town in America, how can these goals possibly be achieved elsewhere? Perhaps the visibility of Hollywood's flaws, along with the fallout from Harvey Weinstein’s serial misogyny, will finally motivate the movie industry to change for the better. It has to, or it will die.