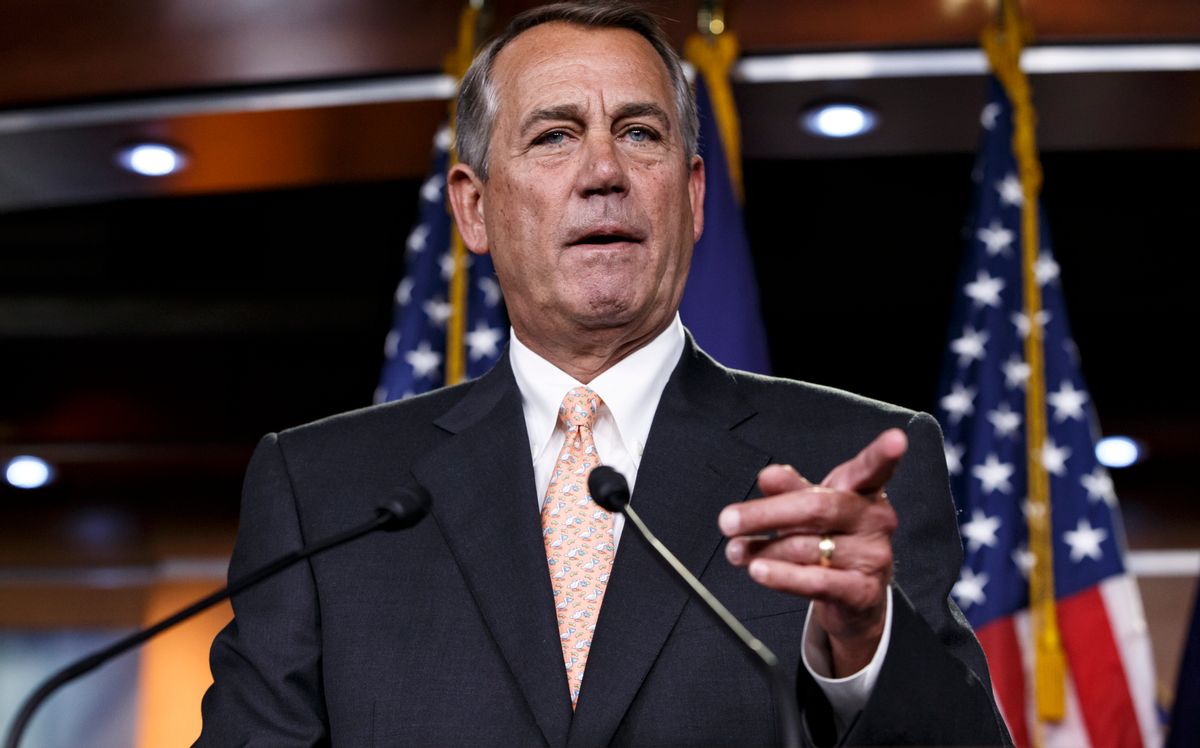 Conservative talk radio is a lot crazier than it used to be, according to former House Speaker John Boehner, who ripped hosts Rush Limbaugh and Sean Hannity for going "to the dark side" in the pursuit of ratings.

Boehner argued in a series of interviews with Politico writer Tim Alberta that Hannity and Limbaugh had become radicalized by competition from rival Mark Levin.

“I always liked Rush. When I went to Palm Beach I would always meet with Rush and we’d go play golf," Boehner said. "But you know, who was that right-wing guy, Levin? He went really crazy right and got a big audience, and he dragged Hannity to the dark side. He dragged Rush to the dark side. And these guys — I used to talk to them all the time. And suddenly they’re beating the living shit out of me.”

Hannity currently enjoys a close association with President Donald Trump, but it's very likely that once the conservative establishment — the network of activist groups, radio hosts, website operators and think tanks that effectively constitute the entirety of center-right media — decides that Trump is no longer useful to them, he will likely turn on Trump as well.

It's hard to point to when the change happened exactly, but it is true that Limbaugh had much closer relationships with Republican politicians in his earlier life. For instance, in 1994, he was named an "honorary member" of the House of Representatives. He was also in regular communication with both George H. W. Bush and George W. Bush, even being invited to stay nights in the White House.

More than likely, the radicalizing agent was the creation of the Tea Party movement in 2009, which sprung up as an anti-Washington revolt that targeted both Democrats and Republicans for being insufficiently conservative.

The Tea Party rebellion is one of several internal Republican insurrections which seem to happen every 10-15 years by which American conservatism has become increasingly radicalized and isolated from even Republican voters.

Boehner's own career is a perfect example of the cycle.

“He came to Congress wanting to burn it to the ground,” Mike Sommers, Boehner's former chief of staff told Politico. “And by the time he left, he was the ultimate institutionalist.”

While Boehner eventually learned to respect the trust that he had been given, the unfortunate reality is that the people he helped elect have not. As a result, the entity that's been the most harmed by the GOP's radicalization loop is the Republican Party itself:

Trump himself is less a source of apprehension for top Republicans than what he represents: a fracturing of the party and a corollary decline in its ability to govern. “We basically run a coalition government without the efficiency of a parliamentary system,” Ryan complains.

When I ask Boehner whether the Republican Party can survive this, he cuts me off. “There is no Rep—.” He stops himself. “You were about to say, ‘There is no Republican Party,” I tell him. He shrugs. “There is. But what does it even mean? Donald Trump’s not a Republican. He’s not a Democrat. He’s a populist. He doesn’t have an ideological bone in his body.” So who, I ask, is the leader of the party? “There is nobody,” he says.

I ask Boehner what he thinks historians will make of his speakership. “They’ll be talking about the end of the two-party system,” he replies.