Listen up, fellas. The celebrity chef knows whereof he speaks 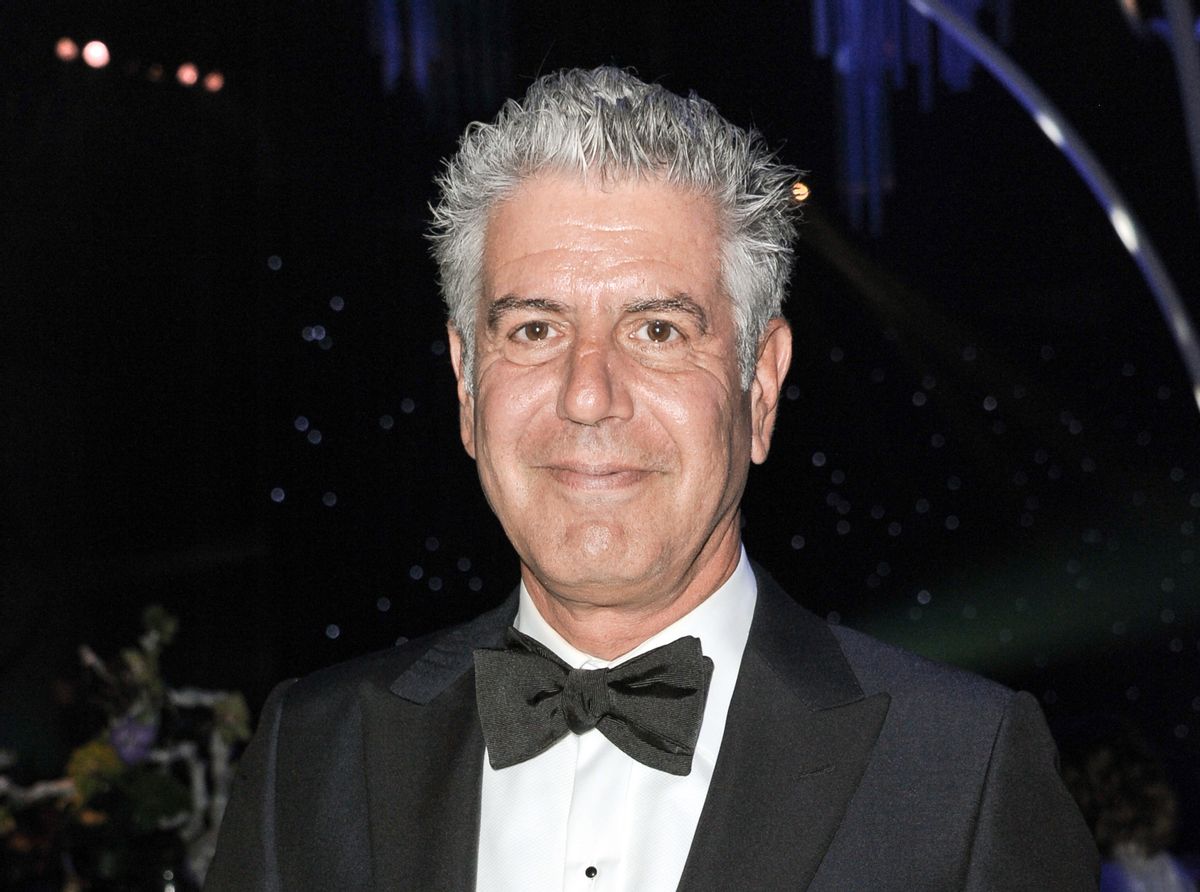 FILE - This Sept. 15, 2013 file photo shows Anthony Bourdain at the 2013 Primetime Creative Arts Emmy Awards Governors Ball in Los Angeles. Bourdain was honored for the on-location television category for The Mind of a Chef, at the James Beard Foundation awards on Friday, May 2, 2014. (Photo by Richard Shotwell/Invision/AP, File) (Richard Shotwell/invision/ap)
--

On the heels of the Bill O’Reilly and Harvey Weinstein scandals and the social media campaign #MeToo, New Orleans restaurateur John Besh stepped down this week amid charges his company ignored claims that he and other men had abused their female employees. His resignation merely confirmed what women already knew: misogyny happens every day, in every industry. So what’s the right way for good men to speak out?

Slate asked Anthony Bourdain for his views on Besh and the spotlight that's been placed on prominent predators. Bourdain, the star of his own show on CNN, is a longtime critic of what he calls the “institutionalized meathead culture" in the restaurant industry. He’s also become involved in the story in a very personal way: his girlfriend Asia Argento, an Italian actress and director, accused Weinstein of rape in Ronan Farrow’s New Yorker expose.

Bourdain’s opinions on the subject are enlightening:

“I never wanted to be part of bro culture. I was always embarrassed. If I ever found myself, and I mean going way back, with a group of guys and they started leering at women or making, 'Hey, look at her. Nice rack,' I was always, I was so uncomfortable. It just felt, it wasn’t an ethical thing; it was that I felt uncomfortable and ashamed to be a man and I felt that everybody involved in this equation was demeaned by the experience.”

Yes, yes, Anthony, a thousand times, yes! What’s so refreshing about Bourdain’s introspection is that it’s a far cry from the positions many men feel they have to take amidst the sexual assault conversations: defense of their own behavior, or overly protecting the women around them to the point where they become male-saviors. As writer Helen Rosner wrote in the above thread: “It is so simple and so profound: If marginalized people in your life aren't talking to you about their unease, it's because you're part of it.”

If Harvey Weinstein, #MeToo and the surrounding controversies accomplish one thing, may it lead men to reflect on their own possible complicity in these kinds of crimes.