After claims that star and producer Kevin Spacey sexually assaulted a 14-year-old, Netflix puts the brakes on 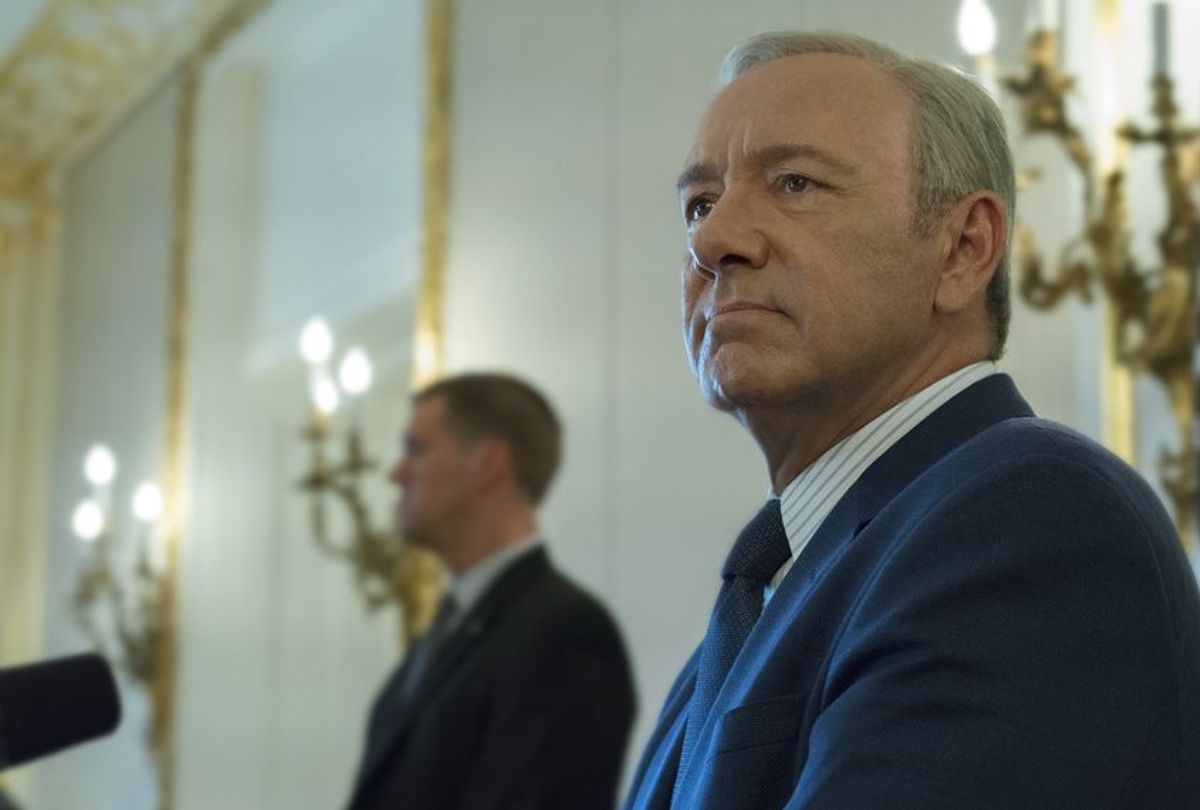 Deadline and other industry go-tos are reporting that Netflix has stopped production of its former flagship show "House of Cards," after allegations surfaced that star and producer Kevin Spacey sexually assaulted actor Anthony Rapp when he was only 14.

Following Rapp's claims in a Buzzfeed article, Netflix and its "House of Cards" partner had already announced that the show would not be getting a seventh season, after the one already currently in production. Now, even that sixth season seems to be in question.

A Tuesday afternoon statement to Deadline from the two companies read, “MRC and Netflix have decided to suspend production on 'House of Cards' season 6, until further notice, to give us time to review the current situation and to address any concerns of our cast and crew.”

It is unclear if this means that the sixth season is in jeopardy or whether this means that the production is merely finding ways to reincorporate Spacey into its ongoing efforts following the fallout, not only from the allegations, but also from his widely panned response to them.

Already the two companies had released the joint statement reading:

Media Rights Capital and Netflix are deeply troubled by last night’s news concerning Kevin Spacey. In response to last night’s revelations, executives from both of our companies arrived in Baltimore this afternoon to meet with our cast and crew to ensure that they continue to feel safe and supported. As previously scheduled, Kevin Spacey is not working on set at this time.

As well, reports from multiple sources this morning suggested that plans for multiple Spacey-free "House of Cards" spinoff series were already in the works, though it is not clear if those plans pre-dated Rapp's allegations.

As has been stated many times, "House of Cards" marked Netflix's successful entry into the kind of prestige serialized television that has now become its calling card. Ironically, it was Spacey's involvement with the project that allowed it to get off the ground with a strong budget and keen public interest. Now, it appears that Spacey's involvement may — and that's may — have imperiled its future.

In addition to the various issues surrounding "House of Cards," the International Emmys have rescinded an honorary award Spacey was due to receive this year and he has — and this can't be overstated, really — become the bane of the LGBT community he attempted to join in his stated response to Rapp's disturbing allegations, as many are accusing him of using his coming out as a distraction from the claims of pedophilia against him.