DeMint believes the federal government has gotten too big, has launched a campaign to amend the Constitution 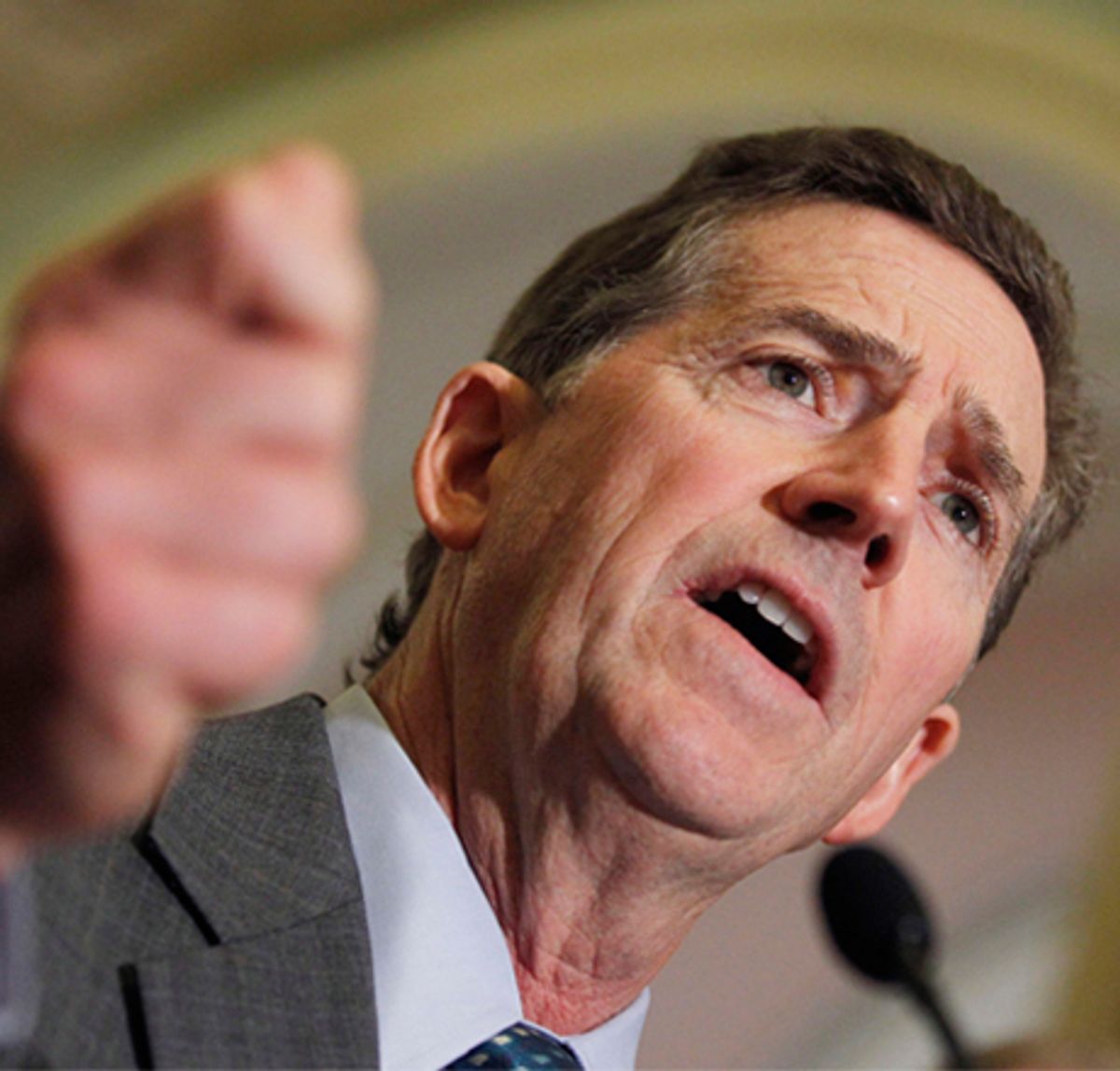 Former Sen. Jim DeMint tried to diminish the federal government from inside the House and Senate, but because he failed to do so, he has found a new way he can demolish Washington.

The Convention of States Project announced earlier this summer that DeMint would join their ranks as a senior adviser. The conservative group has now launched a campaign to have state legislatures call a convention to propose adding amendments to the Constitution under Article V.

“We’ve never once amended the Constitution this way,” DeMint said in a press release. “But that doesn’t mean we can’t.”

The Convention of States Project believes that the federal government exerts too much power over too many aspects of American’s lives "from what toilets can be used in homes to washing machines to school lunches." The press release cited Congress' latest budget, "the largest budget in American history," as another indication of "how out of touch the Washington elite is today."

“This should not be a partisan, left-right, Democrat-Republican issue,” DeMint said. “This should be a ‘who controls your life’ issue: you or the government?”

“[The Founders] knew a time would come when Washington would become so big, and so intrusive, that only we the people could cut it down to size,” DeMint added. “That time is now.”

A Constitutional convention would go like this: Once 34 states pass an Article V resolution, thereby calling a convention, all 50 states would send a delegate to represent their interests. For any constitutional amendments proposed, each state would get only one vote. An amendment would only pass out of the convention and to the states for ratification if a majority of the states’ delegates vote in the affirmative. Congress would have no say in this process.

"The final decisions would be completely in the hands of the states and thus closer to the people," the press release said.

DeMint, who was the ousted from his role as head of the Heritage Foundation earlier this year, says 12 states have already passed an Article V resolution.

“I tried to rein in Washington from inside the House and Senate, then by starting the Senate Conservatives Fund to elect good conservatives, and finally as president of the Heritage Foundation, creating and promoting good, conservative policy,” the former South Carolina senator said in a statement. “But once I realized that Washington will never willingly return decision-making power back to the American people and the states, I began to search for another way to restrain the federal government.”

Republicans have been clearly aggravated by the legislation process in Congress. Despite controlling the House and the Senate, they have been unable to enact their agenda. It appears DeMint has found another way Republicans can pass laws without the broad appeal and majority approval from voters.