John Kelly's ignorance and the dark legacy of the Civil War 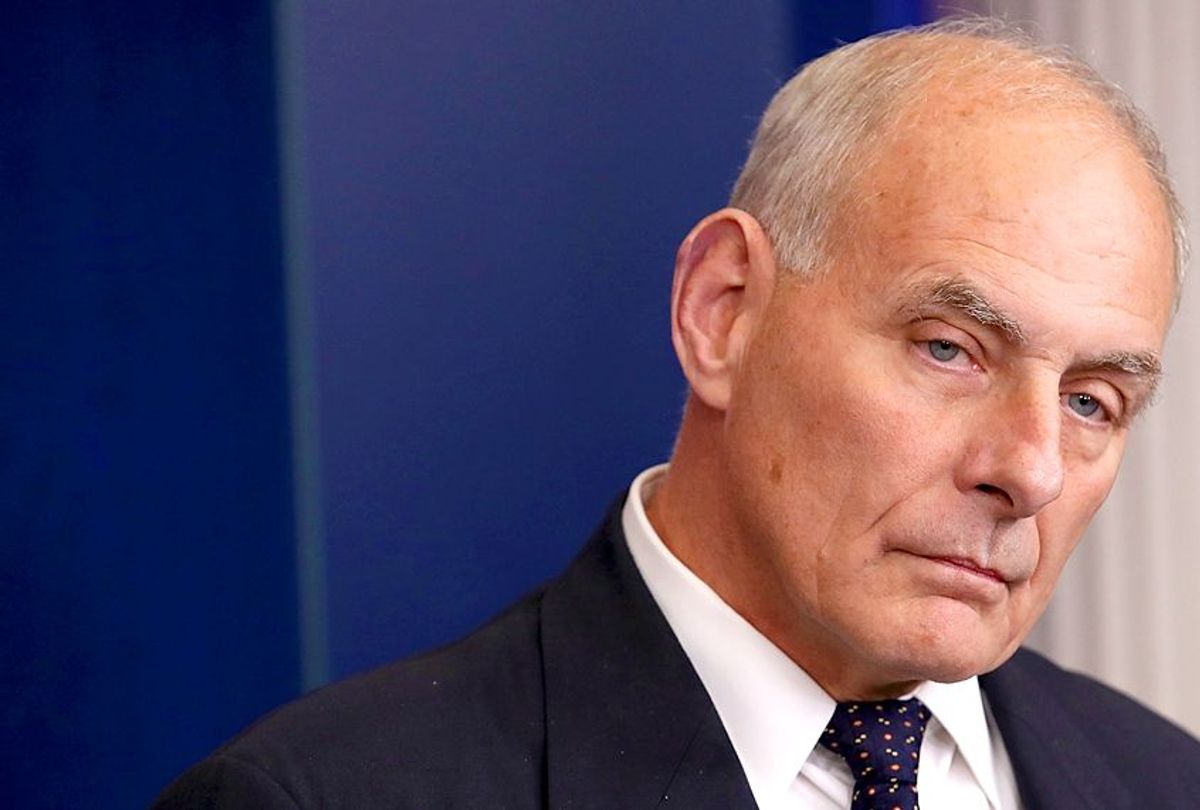 Back in 1990, as the nation prepared to launch the first Gulf War, Ken Burns' epic documentary series "The Civil War" was broadcast for the first time on PBS. By all accounts, it had quite an effect on some of the top military brass. Colin Powell, then chairman of the Joint Chiefs, recalled in his memoirs that he had told Gen. Norman Schwarzkopf, who headed United States Central Command, the leader of the coalition forces, "At least now people will know what war is about."

Schwarzkopf recalled in his memoirs that Powell had related to him that after the former had asked for more troops and time at one point, an "official" who'd watched the series compared him to Gen. George McClellan, the Union commander known for his overly cautious strategy. The official reportedly declared, “My God, he’s got all the force he needs. Why won’t he just attack?” Schwarzkopf wrote that the person in question “was a civilian who knew next to nothing about military affairs, but he’d been watching the Civil War documentary on public television and was now an expert.” Twenty pages later, he mentioned that then-Secretary of Defense Dick Cheney sent him "The Civil War" on video, just before they commenced the bombing, making it obvious who the unqualified civilian had been.

Apparently, the brass and the war hawks were all greatly influenced by Burns' documentary. That may provide some context for the shock wave retired Marine general John Kelly sent through the country when he echoed his boss' obtuse "both sides" comments about Charlottesville during an interview with Laura Ingraham on Monday night. As part of his defense of Confederate commander Robert E. Lee, Kelly said that "the lack of an ability to compromise led to the Civil War, and men and women of good faith on both sides made their stand where their conscience had them make their stand.”

Author and Civil War buff Ta-Nehisi Coates provided an extensive Twitter lesson on all the compromises that attempted to avert the conflict, and Civil War historians stepped up to take issue with Kelly's comments.

New York magazine's Jonathan Chait explained that Foote's analysis, and the Burns series generally (which was made nearly 30 years ago), misrepresented the facts and spread a sadly common misconception that endures today. He points out that "a 2011 poll found that 48 percent of Americans identify states’ rights as the war’s main conflict, while only 38 percent identify it as slavery."

America fought a bloody civil war over slavery -- and Southerners at the time were quite clear about that -- but it still hasn't been honestly dealt with in our culture.

The first Republican president addressed this subject of "compromise" in 1860, during his famous speech at Cooper Union in New York. He spoke for a long time about the question of the expansion of slavery and what the founders intended in the Constitution about federal power and jurisdiction. And then he addressed the Southern people (meaning the whites only, to be sure), pointing out that their contemptuous attitude toward the other parties made them deaf and blind to their own self-interest. Their unwillingness to negotiate in good faith and even accept when they had been granted a victory made it impossible to find common ground.

He laid out each moment in the fraught history of "compromise" over slavery and showed how the Southern leadership had refused to take yes for an answer.

The question recurs, what will satisfy them?

These natural, and apparently adequate means all failing, what will convince them? This, and this only: Cease to call slavery wrong, and join them in calling it right. And this must be done thoroughly — done in acts as well as in words. Silence will not be tolerated — we must place ourselves avowedly with them.

If this sounds familiar it's because the political faction that organized itself around slavery still exists, and it carries that chip on its collective shoulder to this day. What Abraham Lincoln described in the Cooper Union speech is the attitude and temperament of the racist tribe of America. They call themselves Republicans today, but until 50 years ago they would have identified as Democrats.

Today the racist tribe is once again as paranoid and angry as it was before the Civil War. As they did then, they are cheating and lying constantly, from blatantly suppressing the vote to violating democratic norms and rules to using every lever of institutional machinery to preserve their power, such as their stunning refusal to consider a Supreme Court justice named by a president of the opposing party.

As we've seen, this isn't new. But it's as dangerous as it's ever been. The country isn't going to physically break in two this time, and the issues around racism and modernism are more diffuse. It's a different nation and a different world. But the stakes are actually much higher: It appears the racist faction has even been willing to enlist foreign actors to help them defeat their rivals, if that was what it took. They will accept nothing less than total and complete fealty to their beliefs and ideology. If the country comes apart in the process, that's a price they've always been more than willing to pay.

Indeed, it's becoming clear that when Donald Trump promised to make America great again, he was talking about the Confederate States of America, not the USA.