Scientists discover "huge" void in the Great Pyramid of Giza 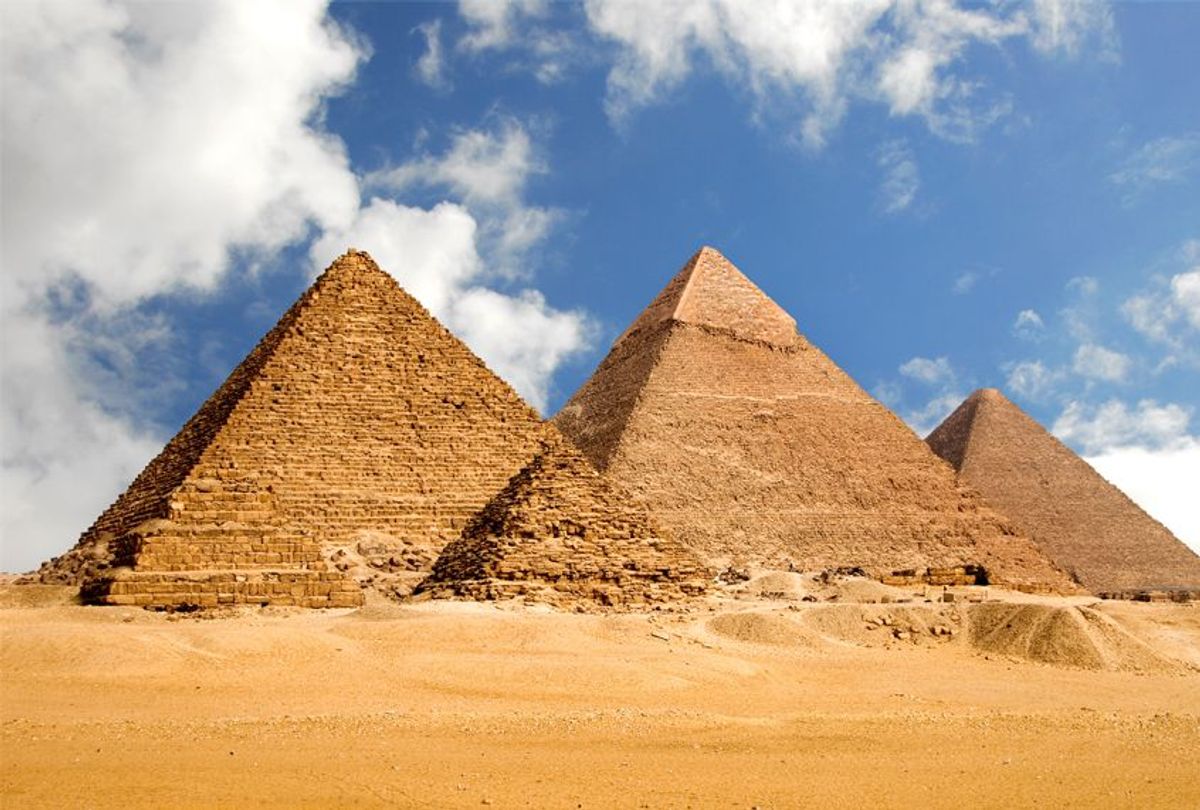 Scientists say they've discovered a "huge" void in Egypt's Great Pyramid of Giza, the first major internal structure found within the iconic monumental building since the 1800s, according to NPR. The space is reportedly about 100 feet long and located above the room known as the Grand Gallery.

The space was discovered by the international collaboration of scientists called "Scan Pyramids," a program co-founded by Mehdi Tayoubi, president of the Heritage Innovation Preservation institute in Paris. On a mission to better understand the Great Pyramid's internal structure, the group studied the massive tomb by tracking particles called muons, "by-products of cosmic rays that are only partially absorbed by stone," a report in Nature said.

This process allowed the scientists to visualize voids in a non-invasive, non-destructive way. "By placing muon detectors in strategic locations, researchers can count the number of muons coming through and create a kind of picture that reveals whether the material above is dense, like stone, or an empty space," NPR reported.

After discovering what they named the "ScanPyramids Big Void," the scientists further confirmed the existence of the space with three different muon detector technologies.

The Pyramid, which was built around 2500 B.C. and is considered one of the Seven Wonders of the Ancient World, has been probed for centuries without any sign of this void. Overall, the discovery demonstrates how modern particle physics can unearth new archeological findings, a breakthrough in and of itself.

"As an architectural discovery, something we didn't know about the interior of the Great Pyramid, it's absolutely big news," an Egyptologist from Harvard University, Peter Der Manuelian, told NPR. He was not part of the research team. "The romantic interpretation and what everyone wants to hear is that this is a hidden room and the king's body is inside or there's grave goods we didn't know about or we're going to learn more about history . . . and none of that is responsible speculation at the moment," he added. "All we know is that we have a void, we have a cavity, and it's huge, which means possibly intentional and certainly worthy of further exploration."

Tayoubi told NPR, "The good news is the void is there. Now we are sure that there is a void. We know that this void is big." He continued, "I don't know what it could be. I think it's now time for Egyptologists and specialists in ancient Egypt architecture to collaborate with us, to provide us with some hypotheses."

"I hope that, in collaboration with the Egyptian antiquities authorities, further exploration will be set in motion. The study of the pyramids has been going on for an awful long time," he added. "So any new contribution is always a welcome addition to our knowledge."