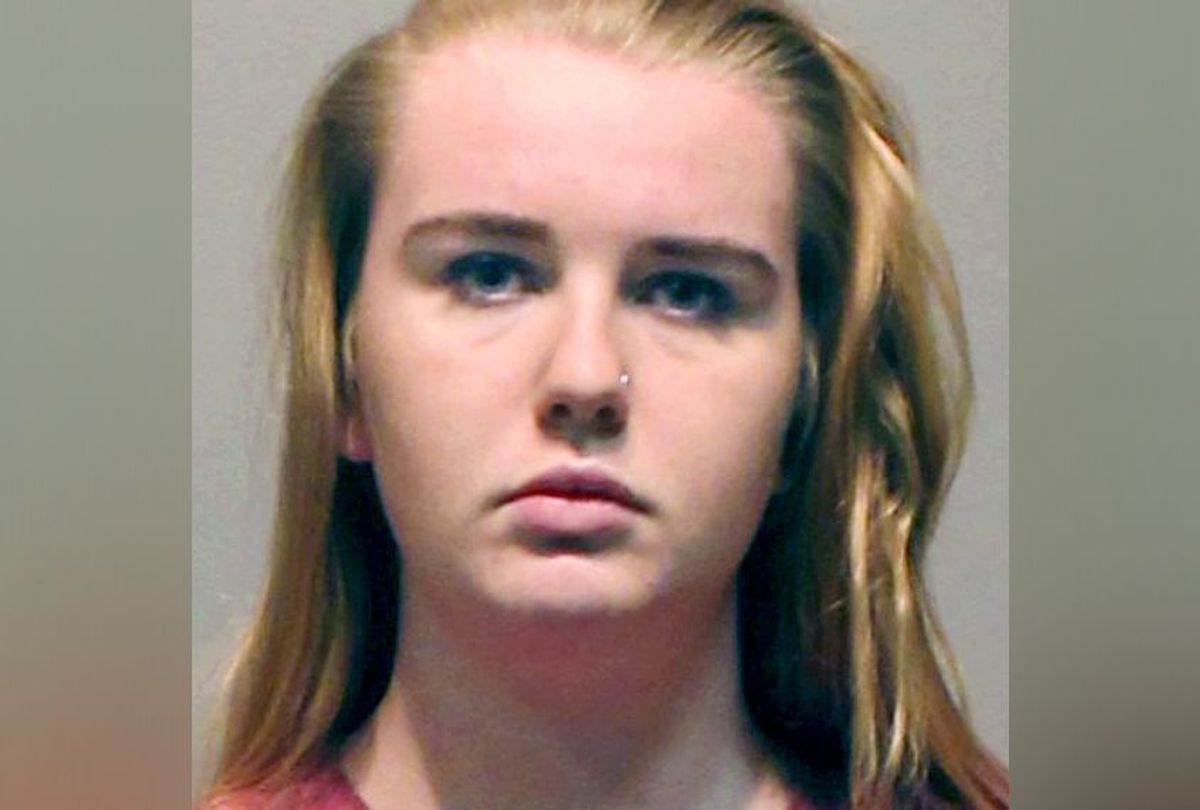 A white student at the University of Hartford in Connecticut has been charged with criminal mischief and breach of peace after she posted an Instagram message bragging about how she terrorized her black roommate for over a month. The student under arrest, Brianna Brochu, 18, was also expelled from the university.

After one and a half months spitting in her coconut oil, putting moldy clam dip in her lotions, rubbing used tampons on her backpack, putting her toothbrush places where the sun doesn’t shine, and so much more, I can finally say goodbye to Jamaican Barbie

Authorities said they arrested and charged Brochu after she turned herself in. Brochu has already confessed to charges of third-degree criminal mischief and second-degree breach of peace, each of which carry a maximum sentence of six months in prison. On Wednesday, police announced they were requesting that Brochu also be charged with intimidation based on bigotry or bias, a felony crime, The New York Times reported.

Chennel Rowe, who goes by "Jazzy" on social media, posted the allegations to Facebook in a video, spurring the hashtag #JusticeforJazzy. In the video, Rowe claims that since she moved into college, she began to get sick.

Rowe said things were so uncomfortable between her and her roommate that she decided to move out, because she felt "unwanted in my own room." She described being both ignored and disrespected. Rowe said if she was in the room trying to do work, her roommate would come in and turn off all the lights.

During the moving process, two RAs alerted Rowe to Brochu's Instagram post. They also sent her screenshots of pictures allegedly documenting what Brochu did to her belongings. These images included photographs of bloodstains on Rowe's backpack.

University of Hartford president Gregory S. Woodward condemned Brochu's actions in a statement. "Let me be clear: the accused student’s behavior was reprehensible and does not reflect the values of our institution. Let me also be clear that I am confident the University has taken all steps to pursue this matter seriously, and will continue to do so," he wrote.

A survey conducted by the Pew Research Center in 2009 found that young and old people alike think "the younger generation is more racially tolerant than their elders," adding, "more than two decades of Pew Research surveys confirm that assessment."

But this incident proves that bigotry is unlikely to simply die out as older generations pass (though such a belief has certainly been used to minimize young people of color's experiences with racism in higher-learning institutions nationwide). Stories such as the one above suggest that a passive approach to abolishing racism, waiting it out, may be insufficient. Indeed, believing that bigotry will simply pass with time and patience may serve instead to preserve it.

After all, white people across all economic, education, gender and age groups supported Donald Trump in the 2016 election, despite his hateful rhetoric or, in some cases, because of it.