Trump says he wants the Justice Department to look into his opponents, make trials "fairer" 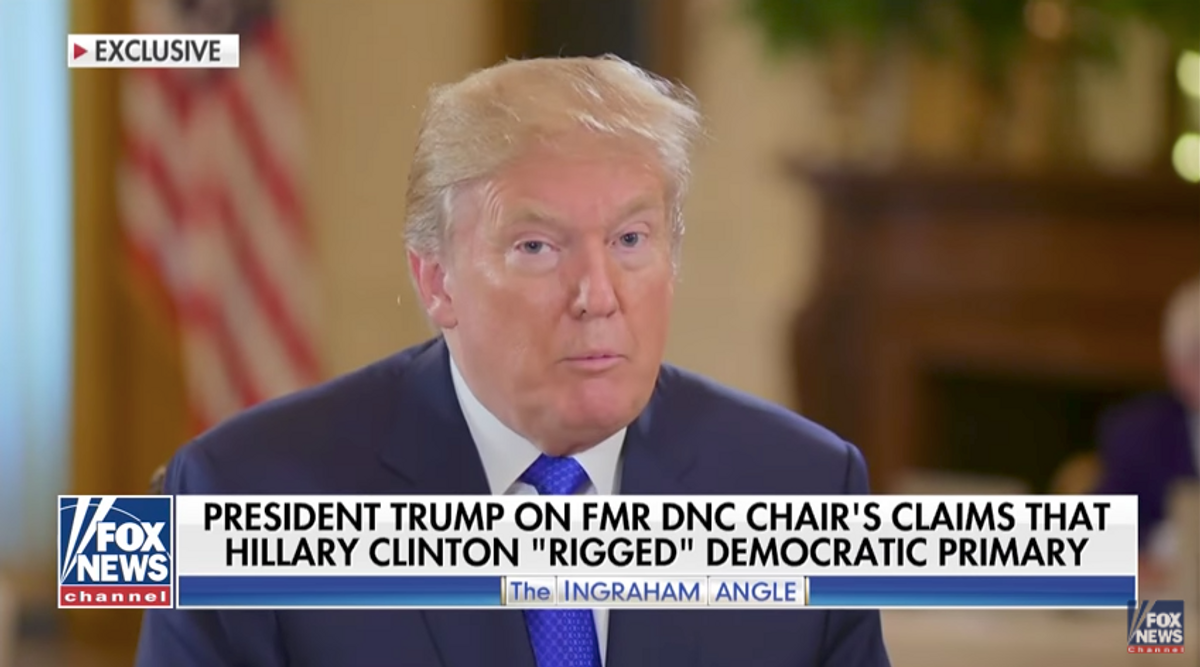 With each softball interview, we're learning more about President Donald Trump's ignorance of the structure of the American government.

During an interview with conservative radio host Larry O'Connor Thursday, Trump gave hints that he knew he was not supposed to get involved with the Justice Department's day-to-day operations when he said :

But on Friday morning, Trump was back on-message, crusading against his political opponents and calling on the FBI and the Justice Department to do something about it in several tweets.

Everybody is asking why the Justice Department (and FBI) isn't looking into all of the dishonesty going on with Crooked Hillary & the Dems..

...New Donna B book says she paid for and stole the Dem Primary. What about the deleted E-mails, Uranium, Podesta, the Server, plus, plus... — Donald J. Trump (@realDonaldTrump) November 3, 2017

....People are angry. At some point the Justice Department, and the FBI, must do what is right and proper. The American public deserves it!

On Thursday night, Trump sat down with Fox News host Laura Ingraham, who pointed out that Trump had called the justice system in America a "joke" and a "laughing stock" and asked him to elaborate. His response was that due process seemed to be too much of a process to do.

"Well, when I look at immigration and I look at this whole thing, coming in by lottery and then we can't do anything about it quickly," Trump said, "and I look at what's going on with justice when it comes to so many different topics, I really feel..."

"A lot of justice," Trump said. "This guy [Manhattan terrorist, Sayfullo Saipov] would be tied up forever in the court system. You look at some of the cases that are going on forever and you have them dead to rights? Now, the justice system has to go quicker and it has to be, really, stronger and fairer. Probably has to be fairer too."

What Trump meant when he expressed his grievances with the justice system or that it has to be "fairer" is unclear, though it's likely he used that term loosely. Trump's comments on the Justice Department epitomized how the president continues to treat the Oval Office as if it's his office in Trump Tower, in which he exerts full control and total power.