All hail Cardi B, a true "Trap Cinderella" 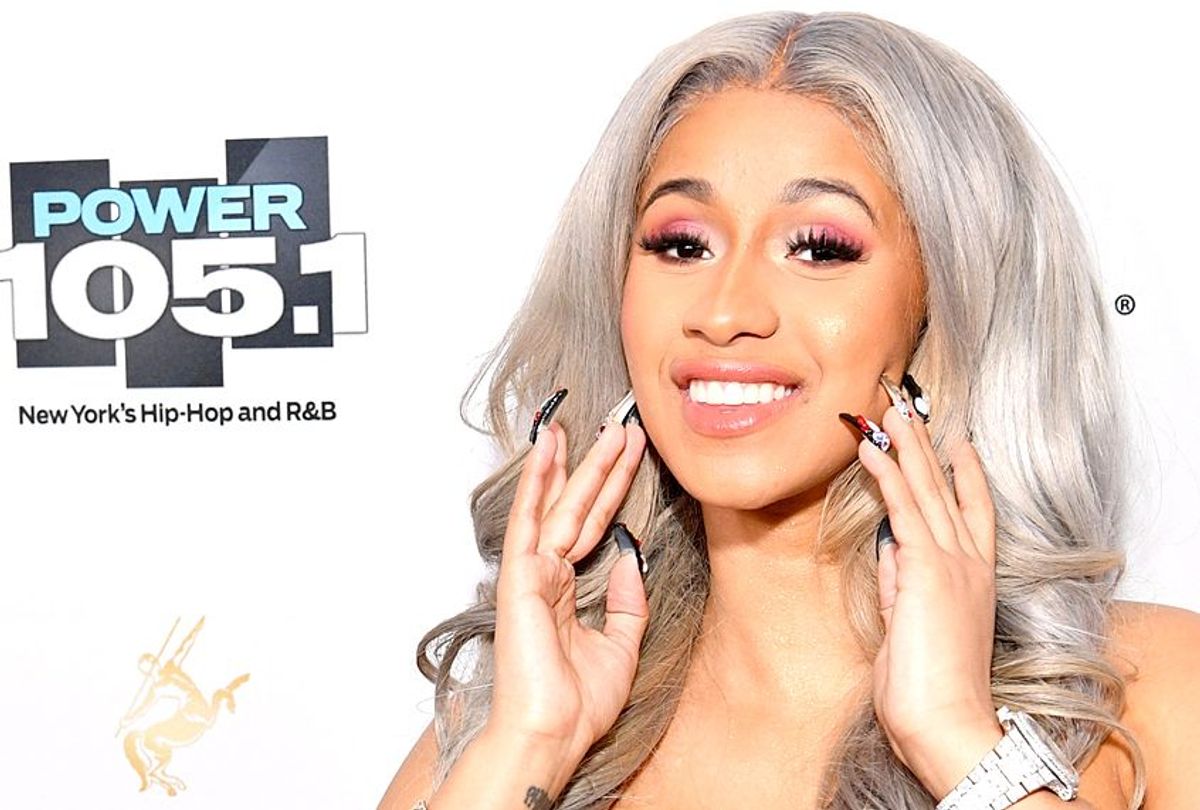 This is going to sound really safe, but I don’t care because it’s true: I’ve been on Team Cardi B from day one. I don’t mean the viral Instagram videos she hit the scene with or her "Love and Hip-Hop" fame, as I've never seen the show. But I signed up after I heard about her making the transition from stripping and reality TV to hip-hop, and have been hooked ever since.

Let me take it back to the beginning. I'm sitting in an otherwise empty coffee shop with an old friend I don't really talk to anymore.

“Rap is trash, they give anybody a platform!” she said. “Like how could anyone take Cardi B serious at anything?”

Like a supervillain, she squeezed her paper cup until it crumbled in her palm. “I hate the internet!”

I tried to hold in my laugh but I couldn’t.

“You don’t know Cardi B?” she replied with an is-he-crazy smirk. “Really? She’s that yuck mouth THOT from 'Love and Hip-Hop'! A disgrace to women all over! And now she has a song out! Trash! Pure trash!”

I asked if she heard the track and of course the answer was no, followed by something typical like I don’t have time for that, when really the people who say that have time for everything.

Gross generalizations like that are the reason our friendship had ended. Anyway, I have this great habit of doing my own research instead of listening to other people's opinions, so I googled Cardi and found a video where she said, “F**king famous people isn’t in style anymore. Scammers, drug dealers and fat ni**as is what’s in! Duhhhhh.” Brilliant. In another clip, she said that she wouldn’t date an artist because they're not as fun as credit card scammers.

I laughed until I choked a little, watched about 20 more Cardi clips and fell in love with the raunchy personality of the 25-year-old Bronx native. Her humor is raw, vulgar and completely delivered through truisms that anybody from any 'hood in America can easily understand. If she gets tired of rap, a career in standup can definitely pop.

I went straight to iTunes and bought her single "Bodak Yellow." I didn’t even sample it. I just wanted to support her because she was funny, familiar and — most importantly — real. We all know a Cardi — she’s that long-haired pretty girl from your middle school with the slick mouth who always lived two or three years above her peers; she’d trash you from time to time and you’d let it go as quickly as you got mad because she was that cool. Everyone loved her, even the people who hated. The only difference is that girl normally disappears after middle school, and Cardi is blowing up — her single shot into the top 10 of the Billboard chart shortly after it was released.

Some weeks passed and I caught up with my Cardi-hating homegirl at a local art show.

“That song is trash, and you are promoting that trash,” she said to me with that is-he-crazy smirk. “You changing, man. I don’t know what is wrong with you.”

We all left the exhibit and headed to a bar. I drove while she was fussing with her girlfriend in the back from the passenger seat. Every slur word was used, and then an awkward silence hit the car about four blocks away from our destination. “Y'all ever see 'Pretty Woman'?” I asked.

Their argument stopped and they both slipped into a daze of Julia Roberts nostalgia. How beautiful she was in that film, her elegance, and how she took a rough situation and made it good. I’m not really old enough to remember its initial impact on culture; however, I do see Cardi as a real-life millennial "Pretty Woman."

“So, if y'all can love the fictional prostitute who lands a millionaire,” I said, “What’s wrong with loving a real-life retired stripper who worked her way into having one of the hottest songs in the country?”

She told me that it’s not the same, got out and slammed my car door. I bought a couple of rounds when we got inside, and the DJ blasted "Bodak Yellow" two or three times during his set that night. The club ripped every time he mixed back to her line "Got a bag and fixed my teeth / hope you hoes know that ain’t cheap."

I looked at my Cardi-hating homegirl and laughed every time.

Over the next few weeks, Cardi blew up — like Jay-Z and Beyoncé backstage at Made in America waiting to meet her-level blew up. Her face was everywhere, and she made history by being the first female rapper with no feature to be #1 on the Billboard Hot 100 in 19 years.

And then Cardi started popping up on shows like "Jimmy Kimmel Live!" and "The Tonight Show with Jimmy Fallon." She’s performing at venues all over the country and lives on the feeds of all of my social media apps. Cardi was given the Spirit Award from the city of Detroit, and in true Cinderella fashion she received a chicken nugget-sized diamond engagement ring from her boyfriend Offset, of the popular rap group Migos (some other guys who are having an amazing year). Every celebrity started embracing her as the whole internet is collectively praising her success, and the naysayers — well, they don’t really exist anymore.

Even my Cardi-hating homegirl isn't a Cardi hater anymore. She posted a thread on Twitter talking about how great Cardi is and how people who disrespect her are trash. Yes, she switched sides. I'm not sure if her change of heart came from reassessing Cardi's single or just all of the mainstream validation, but she's joined the club.

And why not? Why was it so hard for people to like Cardi B? She’s socially advanced, in my opinion, hilarious and a hard worker. What’s a better example of the American dream? A former stripper and reality TV personality turned into the number one musician in the country with the simple recipe of hard work and staying true to herself.

I’m not sure why anyone wouldn’t approve of Cardi initially, but the power of mainstream validation scares me. Why would we wait for big corporations to define hip-hop, especially when many of the genre’s most talented creators and trendsetters, like Cardi, come from the bottom? I guess it doesn’t matter now because Cardi has the streets and the industry — she just landed on the cover of Rolling Stone. But I hope we can all use her rise as an example of the power of loving where you're from, regardless of what insiders or outsiders think. Cardi, we stand with you and are more than proud to call you our Trap Cinderella, our Bichelle Obama and the reigning queen of culture­­. May you forever ball out of control.