Showtime's new half-hour gets credit for presenting a female point of view. Too bad its gaze is unfocused 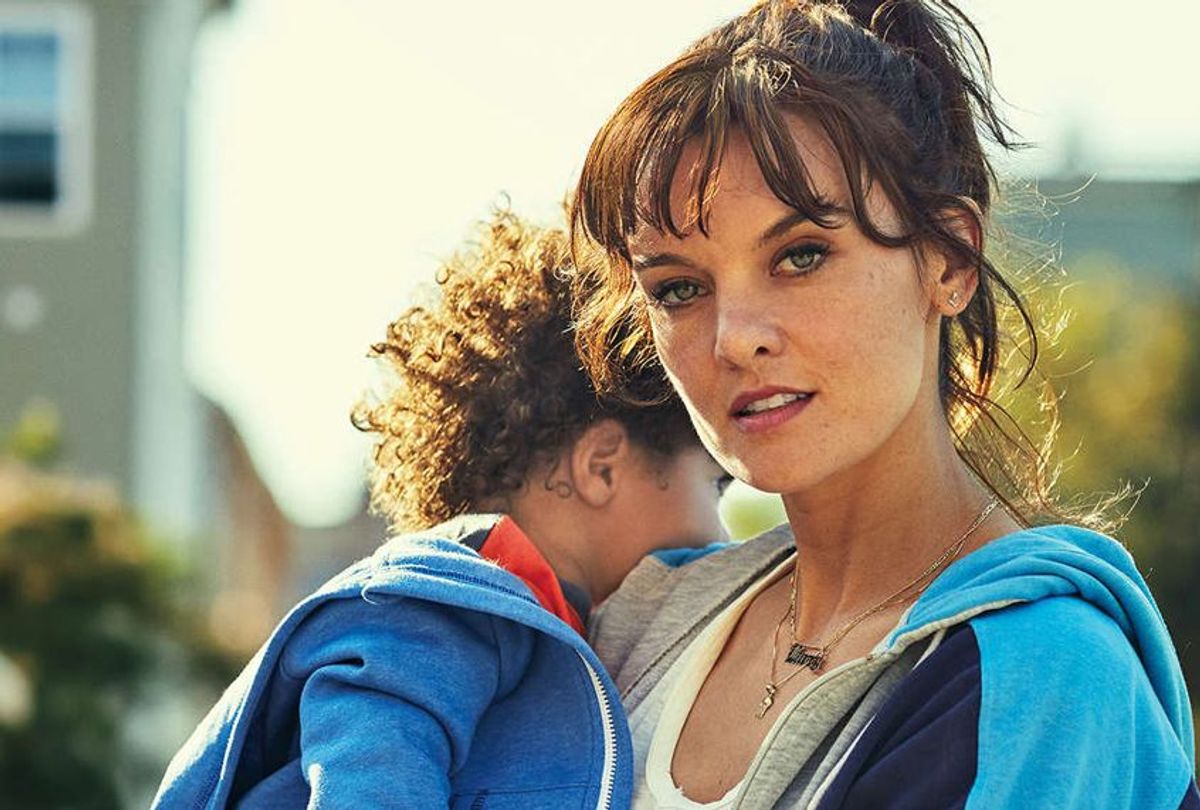 Bridgette Bird can play rough with the toughest of the boys, and she goes to great lengths to prove that in the opening moments of “SMILF,” by slamming her way through a pick-up game in her South Boston neighborhood. She almost lands a prime contender impressed with her scrappiness . . . until the cries of her son sitting in his stroller on the sidelines shuts it down.

Debuting Sunday at 10 p.m. “SMILF” is the creation of its star, Frankie Shaw, who gives life to the frustrations endured by single mothers. Or, rather, one particular single mother: an actress scraping by in South Boston whose mother (Rosie O’Donnell) struggles with mental illness, living in a neighborhood full of people just getting by.

“SMILF” aspires to juggle a variety of takes on being a working-class woman and an unpartnered parent in the city, but doesn’t effectively sell a point of view within the three episodes made available to critics. If Shaw has a slant beyond depicting how harried life can be for a single mother with aspirations and urges, she doesn’t establish that with clarity in these episodes. Instead, “SMILF” employs aspects of cinéma vérité in a character-steeped narrative. Luckily Bridgette and the characters she’s surrounded with are charming — but charm only goes so far.

“SMILF,” based on an award-winning short film Shaw presented at Sundance, is most watchable when it examines the complicated unofficial sorority formed by women doing their best to be good mothers without smothering their sense of identity. As Bridgette’s mother, O’Donnell represents the weathered end of the long haul, while Connie Britton, a rich woman who hiresBridgette as a tutor, shares some of the same insecurities. But then, wealth enables her to outsource her burdens; Bridgette has no such blessings.

While there’s much to like about “SMILF,” its praiseworthy elements are pieces that fail to fall together into a cohesive whole. Through Bridgette’s escapades, such as they are, Shaw invites the audience to appreciate the impossible standards women face when it comes to body image, the sexual currency of single women versus single fathers, and exploitative objectification.

And it’s refreshing to see Shaw resist the all-too-common impulse to play women off each other as sexual competitors. One of the bonds Bridgette forges early on is with the new girlfriend (Samara Weaving) of her child’s father (played by Miguel Gomez), and while it takes an eyebrow-raising turn in the first episode, Shaw easily redeems their link in the second.

Frustratingly, though, the majority of “SMILF” leaves the impression that something is missing, that it’s a series lacking depth and meaning. These days that may not be as much of a dealbreaker as its unfortunate title. If people shied away from “Cougar Town” (a very different and much better series) it’s difficult to imagine many seeing “SMILF” as anything other than an obstacle. With such a loud, provocative title, the series behind it is obligated to display the kind of moxie required to wear such a thing.  Sadly, Shaw’s series leaves us wanting, and not in a desirable way.