"Weekend Update" had a lot of news to cover this week, starting with Paul Manafort and ending with the Astros 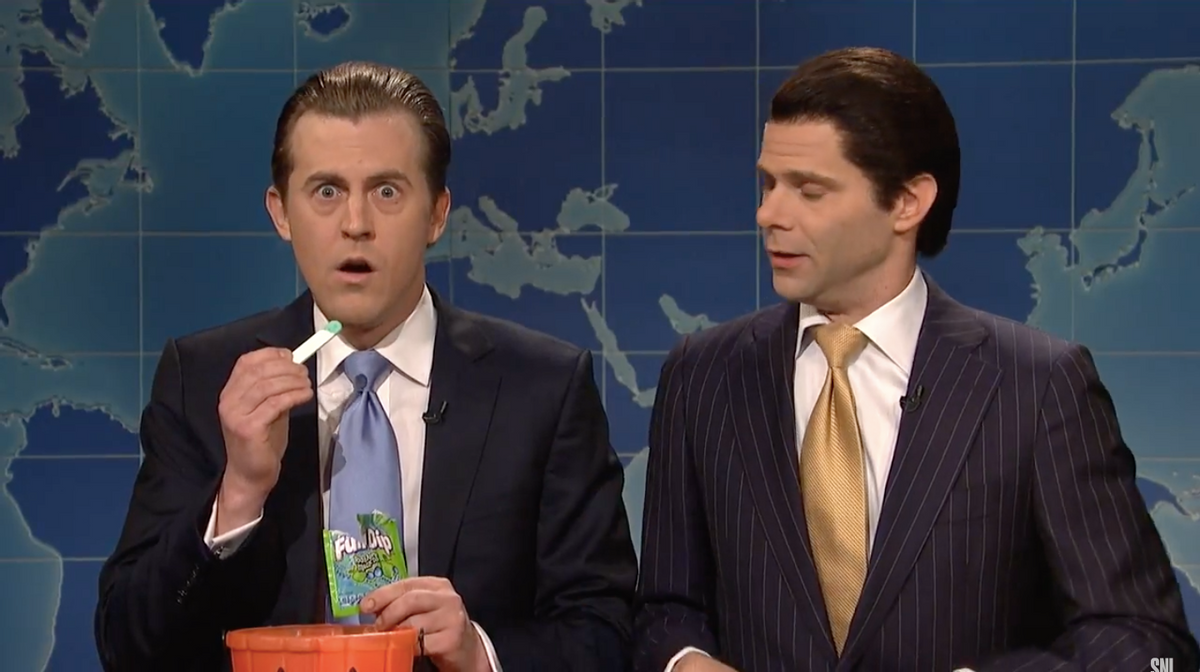 Because members of the Trump campaign, such as talkative Carter Page, feel it is necessary to speak out about the election on national television, it was only appropriate that Eric Trump and Donald Trump Jr. joined "Weekend Update" on Saturday.

Day's Trump Jr. started the skit with a strong denial about what his father, President Donald Trump, knew:

“We’d like to make it very clear that our father did nothing wrong. Some people who barely worked for him did. But Dad knew nothing about it. And the same goes for Eric and myself.”

Jost replied, “Well, I definitely believe you that Eric had no idea what was going on.”

“Exactly,” Day's Trump Jr. said. “And look, Paul Manafort and Rick Gates, we barely knew these guys. And as for the last guy, George — ”

Day's Trump Jr. then said that there should be an investigation of Hillary Clinton.

“As we learned from Donna Brazile,” he said. “Crooked Hillary and company did some shady back room deals with the Russians and tried to rig the election in her favor.”

"Weekend Update" co-anchor Michael Che had a few words to say on the indictment news. Che was fed up with Trump's tirades on Twitter, calling him out for having an "emotional breakdown."

“I’m tired of watching the president of the United States have an emotional breakdown on Twitter like he’s Tyrese,” Che said. “If you want to live-Tweet ‘Morning Joe’ or ‘Cupcake Wars’ or whatever you watch, fine, but indictments are important and you work for us. So go put on your baggy suit, fold your hair nice, and answer all of our questions face-to-face like the public servant that you are.”

Perhaps the most star-studded section of "Weekend Update" Saturday was when a few players from the Houston Astros appeared on set. Leslie Jones was complaining about her New York Yankees during the bit before she had to come face to face with her arch nemeses.

"I was mad as hell," Jones said. "That little Altuve hitting all those home runs agaist us. The bat is bigger than him. And the MVP George Springer? He is Panamanian and Puerto Rican. His name is George Springer. Come on, man. That's the name of a goofy mattress salesman."

The Astros then walked on stage behind Jones.

Watch the full "Weekend Update" below: